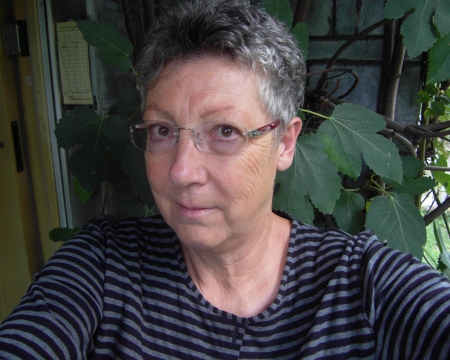 Pound for pound, the variety of fresh local produce found in the old town of Dali may be more abundant than anywhere else in China. Dali's agricultural bounty is one of the major reasons that a growing number of quality eateries have popped up in the old town in the last decade. In addition to delicious Bai and Chinese restaurants, a handful of excellent Western-style establishments have set up shop in Dali, one of the more notable examples being Bakery 88.

Since 2007, Bakery 88 has been baking authentic German-style breads, which are complemented nicely by a wide selection of imported and local cheeses as well as homemade jams made with fresh local ingredients. The bakery also produces what must be some of the best cakes in western China.

But Bakery 88 is more than just a popular Western restaurant. Owner and Munich native Karine Kaffrell has been one of the earliest proponents of Dali's nascent organic food scene, incorporating local organic ingredients in her recipes whenever possible. The bakery has also been a valuable training ground for local women to learn how to bake, improve their English and acquire other valuable life skills. Bakery 88's combination of good food and social responsibility has won it many regular customers – both Chinese and foreign.

Many of Bakery 88's customers are unaware that aside from managing her bakery, Kaffrell also writes a very popular German-language food blog: Karine's Kitchen. We recently spoke with Kaffrell about living the good life in Dali:

GoKunming: When did you first come to China?

Karine Kaffrell: I first lived in China in 1986, in Hefei, the capital of Anhui province. I didn't make it to Dali until 1992.

Kaffrell: In the early 1990s my husband Otto and I were working in Suzhou, where the winters can be very cold. We spent time searching through the Lonely Planet with the hope of finding somewhere that would have nice weather during the Christmas holidays.

GK: What did you do before moving to Dali and starting Bakery 88?

Kaffrell: I was a chemical engineer and also worked as a teacher. 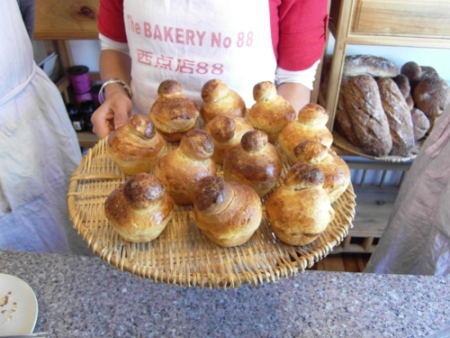 GK: How did the idea for Bakery 88 come about?

Kaffrell: After working in Scotland for seven years we came back to Dali and I was feeling too restless to retire. A young Chinese woman who we had been friends with for years was looking for a job. We started baking together and then we decided to start a small bakery.

GK: What was the most challenging part of setting up your business in Dali?

Kaffrell: Looking back on that time now, I would say the hiccups with dealing with landlords and the large amount of paperwork were the most difficult aspects of setting up the bakery. 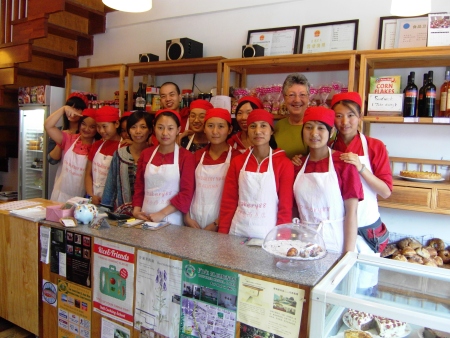 Kaffrell (3rd from right) with the staff of Bakery 88

GK: What has been the most rewarding experience of running a bakery in Dali?

Kaffrell: It's been very rewarding to see how most of our staff members have progressed during their time here. Some of them have been with me for almost three years now... they've learned quite a lot. Of course, seeing satisfied customers is also a good feeling.

GK: From a food perspective, what is the best thing about living in Dali?

Kaffrell: For me it's the seasonal variety of fruits and vegetables – I still find it quite exciting. 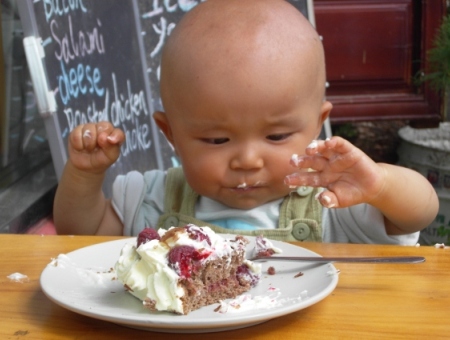 GK: What items that Bakery 88 sells are most popular with Chinese palates?

Kaffrell: We have several things that are popular with Chinese customers – cheesecake, and Swiss tarts are popular, so is Edam cheese and all of our jams. The biggest surprise has been the number of Chinese buying blue cheese, I never expected that.

GK: What are your favorite things about your life in Dali?

Kaffrell: There are a lot of things I enjoy, most of which are related to the changing seasons. I always look forward to the arrival of wild mushrooms during the rainy season. In winter I love the crisp air and the snow-capped mountain peaks. I also enjoy having a springtime with summery temperatures and the changing colors of the rice paddies between planting time and harvest.

GK: What plans do you have for Bakery 88 in the coming year or two?

Kaffrell: We'll see what happens over time, we love surprises and may have some in store!

nice photo of karine, who took it?

I had a blueberry cheese cake and other baked breads in Bakery 88 when I was in Dali in Spring this year,I loved it. : )

I've known Karine for some time now and she is a true inspiration. She is right up there as one of the main reasons I decided on having a cafe/bakery here in Kunming. Her enthusiasm for great food, her energy, her 'can do' attitude and her generous spirit are infectious. Thank you Karine, may you keep on insiring others to fulfil their dreams.