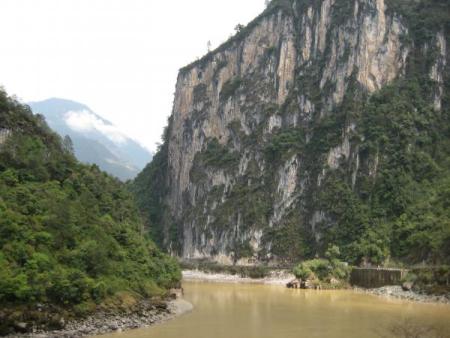 Energy giant China Huadian Group announced that it plans to dam the Nu River, China's last major undammed river, by the end of 2015.

In addition to dams on the Nu, Huadian said it will also build new hydropower stations on the Jinsha and Wujiang Rivers, which with the Nu dams will raise its total generating capacity from 15.4 gigawatts to 26 gigawatts by the end of the year.

Talk of damming the Nu is nothing new. Eight years ago 13 dams were scheduled to be built on the Nu, which is known as the Salween after it flows out of Yunnan and into Myanmar.

Chinese Premier Wen Jiabao's announcement of the suspension of plans to construct hydroelectric power stations on the river in 2004 was greeted as a major victory for China's nascent environmental movement. 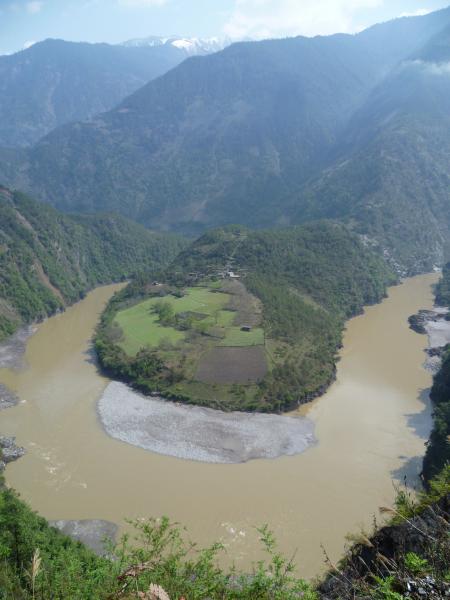 But as even the more jubilant environmentalists acknowledged at the time, the untamed river was likely to eventually succumb to the pressure of China's unprecedented scale and speed of economic development and modernization.

In 2008 Yunnan party chief Bai Enpei told Western media that dams on the Nu would one day become a reality.

"We are actively pushing the development of hydropower plants, including on the Nu River," Bai said. "But their construction must take into account those downstream. And the environment must be protected. The people must also benefit."

In March of this year, we spoke with R Edward Grumbine, author of Where the Dragon Meets the Angry River, an account of the struggle between conservation and development in Yunnan's remaining wild regions. The future of a dammed Nu River depends on a variety of factors, he said:

Impacts will depend on how many total dams and which ones of the 13 proposed originally will get built. Not all the dams would have the same impact – some are worse than others.

Impacts on Nu biodiversity? Most of this would result from turning a river into reservoirs with consequent impacts on aquatic species, but no one knows the details.

For now, there will be more questions than answers about the Nu River's future, as Huadian has yet to make specifics of its plan for the river public.

Check wikipedia:
The gigawatt is equal to one billion watts or 1 gigawatt = 1000 megawatts.

@Hazelnut
I think Kuixing was thinking more along the lines of 1.21 of them being needed, along with a DeLorean and a flux capacitor, for time travel. Best generated from bolts of lightning, rather than plutonium borrowed from Libyan terrorists. Ahh, that takes me back...

this image is very well