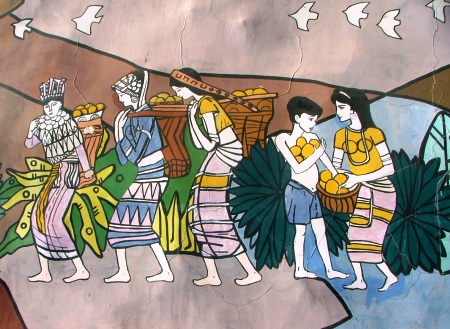 Approximately one-third of Yunnan's population is composed of ethnic minorities

The results of Yunnan's first census in a decade are in, and little has changed in terms of population size, but the province did grow older, more urbanized and more literate.

Yunnan's new official population is just under 46 million people, only 3.1 million people more than it was in 2000. The province's 0.7 percent population growth rate was significantly lower than the national average of 1.4 percent.

Age has become a demographic concern, with more than 5.1 million people, or 11 percent of the province's population, aged 60 or older. The international benchmark for a society with an aging problem is 10 percent.

Yunnan's urban population grew by nearly 6.3 million people between 2000 and 2010. At present the urban-to-rural population ratio is roughly 1:2.

Genderwise, the province has approximately 108 males for every 100 females, which doesn't bode well for government attempts to reduce prostitution and human trafficking.

On a positive note, literacy rates have improved over the past decade. Yunnan presently has 2.8 million people over the age of 15 who do not meet minimum literacy requirements. The current figure is 6.0 percent of the provincial population, compared to 11.4 percent a decade earlier.

Last year's census was the first to acknowledge the presence of a new unofficial minority in Yunnan: foreigners. Foreign nationals plus Hong Kong, Macau and Taiwan passport holders living in Yunnan totaled 47,396. This statistic only includes non-mainland passport holders who had been living in Yunnan for three months or more or planned to live here three months or more at the time of the census in November 2010.

Error corrected, thanks. The English report I cited made a few mistakes in the conversion of Chinese numbering to Western-style numbering, including saying there were 474,000 foreigners living in Yunnan... I mistakenly thought I'd caught them all.

Where might we find or obtain a break out or list of the non-mainland passport holders living in Yunnan by country or other location? We are particularly interested in the general numbers of various westerner nationalities living here.

hmm, in total there are 593.832 foreigners in China, not sure if HK, Macau & Taiwan are included or excluded - but that menas that Yunnan has an exceptional high foreigner rate!
Less - then 4% of the Chinese population but nearly 8% of all foreigners in China are in Yunnan!
Thats a bit of an surprise to me...may have somethng to do with Myanmar, Vietnam and Laos?

Can somebody give us a reliable web link to Kunming city's total population. Lonely planet has listed the city as having only 1.1 million which I think is far off the mark and Wikipedia suggest something like 6.5 million people which also seems a bit inaccurate.

The once in a decade national census is upon us. Local governments have already deployed census workers to local communities in Kunming. Census workers have begun knocking on doors to collect information from household occupants, be it landlords or tenants. Expect a knock on the door from a stranger, if not already. They will be persistent, so best open the door.

This massive information gathering will continue for coming days and weeks. Census workers will check IDs/passports, ask various questions, and will require supplemental paper form to be filled in Chinese. (e.g. input home country address if a foreigner).

The door-to-door household verification census process, with cooperation with PSB if need be, is intended for all Chinese citizens as well as for foreigners. So if you feel wary of the sudden intrusion by public workers, rest assured, this national consensus is not in any way or form targeting foreigners in China. These population data are used for national policy making in Beijing.

Thanks for the heads up.

When I read the header I thought that is fast because last night the just visited me. Turned out the article is about the previous census ;-)