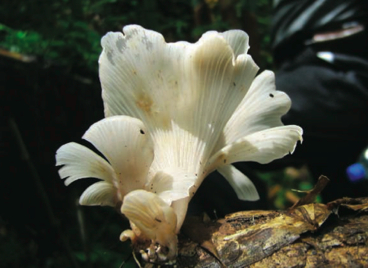 An invisible killer has been striking villages around Dali every rainy season since the late 1970s. But now there is hope that the root cause of "Yunnan unknown cause sudden death syndrome", which has killed at least 400 people in the last 30 years, has been discovered.

According to a report in the July 9 issue of Science magazine [subscription required] the culprit is believed to be a lethal combination of high barium levels in villagers' bodies and a newly discovered variety of toxic mushroom.

The syndrome has been killing people seemingly randomly during the rainy months of June, July and August – often with multiple cases occurring one after another in the same village.

"We heard amazing stories about how people would drop dead in the middle of a conversation," Zhang Shu (张澍), a cardiologist and top expert on sudden deaths told Science. Zhang was part of a multiyear investigation into the syndrome that included a team of epidemiologists from the Chinese Center for Disease Control and Prevention in Beijing.

After years of false belief that the syndrome was caused by a rare heart condition called Keshan disease, scientists from Beijing and Dali began to look into other possibilities.

Most of the deaths occurred in areas where villagers make money from gathering and selling wild mushrooms during the rainy season. Because villagers depend so heavily on income from mushrooms, they only eat the mushrooms that have no commercial value.

Scientists eventually began to see a pattern: a small mushroom known locally as simply "little white mushroom" (小白菌) or "butterfly mushroom" (蝴蝶菌) that was commercially worthless and eaten only by villagers. The mushroom had never before been identified, but once investigators were aware of it they began to discover that many of the victims had eaten the mushroom not long before dying.

Scientists have not conclusively proven that the barium and mushroom combination is to blame for the deaths, but in areas where villagers were warned not to eat the mushroom last rainy season deaths fell markedly.

Researchers are hoping that if any more sudden deaths occur in the area that they will be able to detect the mushroom's amino acids and barium in the blood of the deceased, which would be strong evidence in support of the barium/mushroom hypothesis.

This article is a bit heavy on science, but the researchers seem pretty certain they've isolated the culprit.