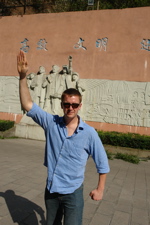 Getting Away: Inle Lake