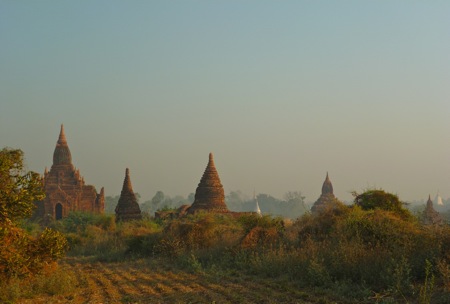 The previous post, about Inle Lake, is available here. 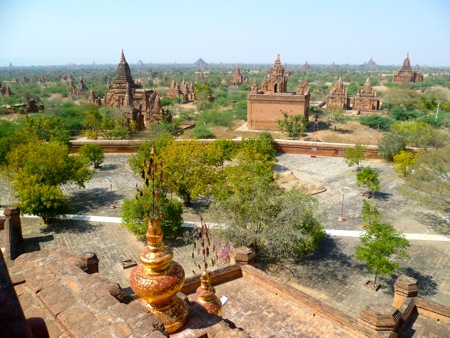 Bagan, located alongside the Irrawaddy River, was the seat from the 9th to 13th centuries of several kingdoms, including the Pagan Kingdom. At its height, Bagan's influence stretched across the bulk of present-day Myanmar and its culture formed the cultural underpinnings of Myanmar's dominant Bamar ethnic group. Scholars believe that the founders of Bagan were immigrants from the kingdom of Nanzhao in modern Yunnan who arrived in the Irrawaddy valley in the mid-9th Century. 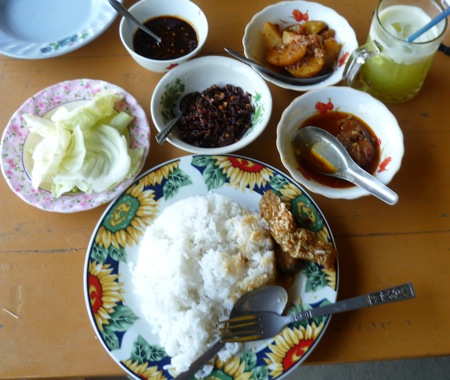 Lunch at a small riverside joint

The expansive Theravada Buddhist ruins at Bagan are not as well-known as the Khmer structures surrounding Angkor Wat, but they probably should be: they are truly breathtaking.

Of an estimated 13,000 temples that once existed at Bagan, more than 2,000 remain today, littered across a sandy plain in an area of about 40 square kilometers. Most were built from the 11th to 13th Centuries and represent a range of architectural influences. 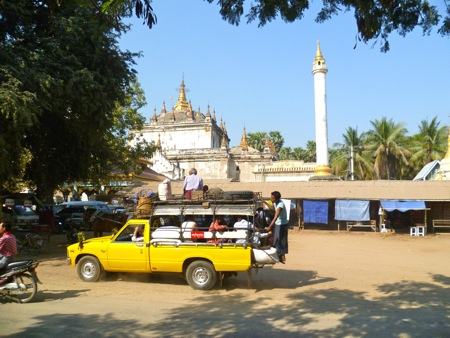 We choose to see them by bike, riding for six hours in a huge loop, stopping often to check out different buildings. Along the way, we discover several structures where visitors can climb to the upper levels, which is the key to getting great views of the surrounding expanse of ruins. 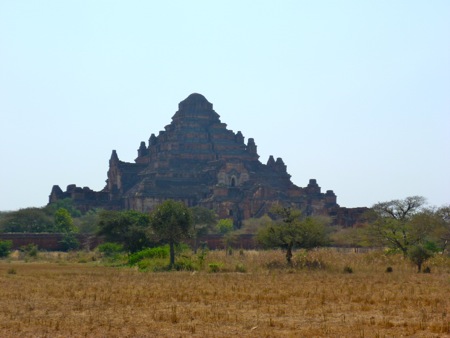 We visit several nice pagodas and one of our favorites is Dhammayazika Paya, with its high arched brick ceilings and fading murals. At sunset, a monk shows us a tiny stairway to the top of another pagoda, from which we watch as the earth and scattered ruins are imbued with hues of amber and gold. 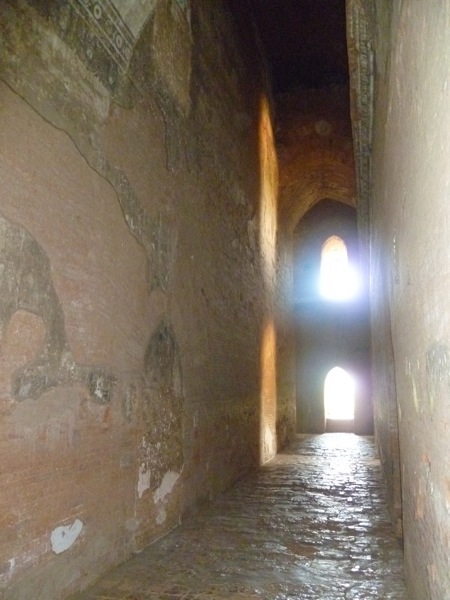 Dinner includes some interesting dishes. In Yunnan, only a small minority of people eat tea leaves, but in Myanmar pickled tea leaf salad is widely available at restaurants. The flavor takes some getting used to, but by the end we're munching it down by the forkful. We also have a pork curry with pickled green mangos and a beef curry with an intense, dark soy-based sauce. Next we will ride a boat up the Irrawaddy to Myanmar's second-most-populous city, Mandalay. 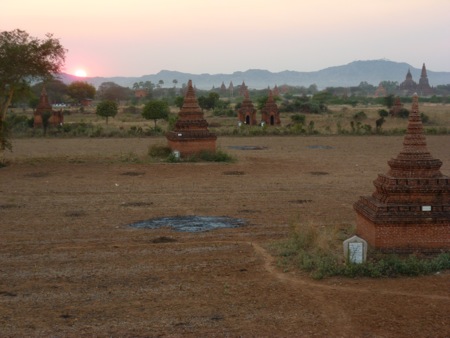