One year on: Remembering the Sichuan earthquake 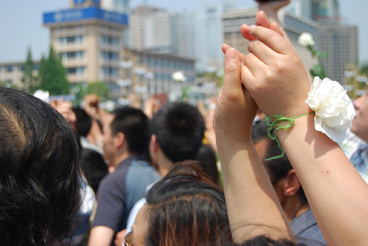 One year ago today at 2:35 in the afternoon, people in high buildings in Kunming couldn't help but notice that something wasn't right – the world had suddenly gone wobbly.

As with any noticeable tremor, the first thoughts of many turned to the epicenter – where in Yunnan was it? One year earlier the town of Pu'er had been hit hard by a 6.4 magnitude quake that killed several, injured hundreds and left thousands homeless.

Once the word began to spread that the epicenter was in Wenchuan, 90 kilometers (55 miles) west-northwest of Chengdu – one province away in Sichuan – the substantial magnitude of the quake started to become clear. The fact that the quake was centered in the heart of a province of 100 million people suggested a potentially massive death toll, which is exactly what happened.

A collective sigh of relief was breathed as it became clear that Chengdu and its 12 million inhabitants had for the most part dodged a bullet. But when government officials announced that the magnitude was 7.8 – a number which would later be revised to 8.0 – all thoughts turned to the certain devastation in the countryside.

The images and accounts of the aftermath of the Wenchuan quake are etched in millions of minds. The rush to save those still trapped beneath the rubble gave way to resignation and the stench of death. Small cities became ghost towns. Quake lakes remained as somber monuments to nature's destructive whims.

A three-day national mourning period was declared. Individuals, companies and corporations chipped in what they could for the relief effort. China rallied around its cousins in the southwest in a show of unity that hadn't been seen since the Yangtze floods of 1998.

In the end, nothing could change the hard facts. Nearly 90,000 people were dead or missing. Almost 400,000 had suffered injuries. Several million were homeless. Basic infrastructure was in shambles.

Now, one year on, it is a time for remembrance - and questions: How can the millions still living in temporary housing move on to a semblance of what they had before the quake? How can schoolchildren, who suffered disproportionately from the quake, be better protected should a quake hit the area again? What role, if any, did extensive damming in the region play? What can China and the rest of the world learn from a tragedy of this magnitude?

Editor's note: GoKunming's sister site in Chengdu, GoChengdoo has more details about news and events related to the still-ongoing quake recovery plus commemoration of the tragic events of one year ago.