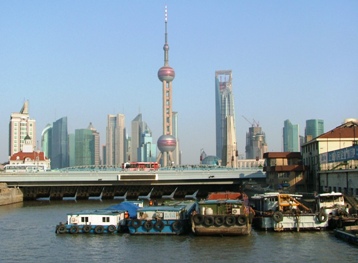 A feasibility study is underway for a new high-speed rail line between Shanghai and Kunming, construction of which is expected to begin in 2009, according to Kunming media reports.

The new rail line, which is scheduled to be completed in 2015 – around the same time that the rail network linking Kunming and Singapore is hoped to be completed – will shorten the travel time between Shanghai and Kunming from 37 hours to less than nine hours.

The Shanghai-Kunming passenger line (沪昆客运专线) will connect Shanghai and Kunming via the provinces of Zhejiang, Jiangxi, Hunan, Guizhou and Yunnan, passing through the major cities of Hangzhou, Nanchang and Changsha. Its target speed is reportedly 350 km/hr – compare to France's TGV and Japan's Shinkansen aka 'Bullet Train' which currently operate at 320 and 300 km/hr, respectively.

The cross-country line is part of a nationwide rail upgrade that has allocated 500 million yuan (US$73.2 million) in funds for Yunnan province alone.

According to China Rail Ministry plans, Yunnan will not only be on the receiving end of improved rail connectivity with central and eastern China over the next six to seven years, it will also improve its regional and internal rail network. Kunming Rail Ministry officials told local media that the following projects have also been approved:

• Lijiang to Shangri-la (Zhongdian): schedule yet to be made public

• A rail line around Dianchi Lake: scheduled for completion in 2010

• Guangtong to Dali: schedule yet to be made public

• Kunming to Yuxi: construction to start next year and finish in 2015

And here I thought I had escaped the Shanghainese.

Are Shanghainese so scary?

I think the railway is a great thing. If people have to go there for business, it will much easier.

What I concern is when they can connect Kunming with Singapore,it's good for the local economy and tourism.And will add sort of exotic appeal to Yunnan.