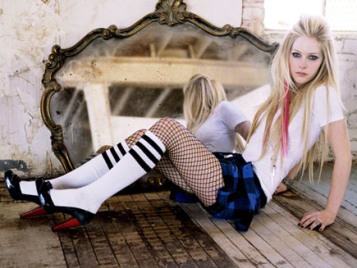 Canadian pop-punk star Avril Lavigne will play in Lijiang on October 2 at the third Lijiang Snow Mountain Music Festival (丽江雪山音乐节), according to the musician's official website.

Lavigne's performance is part of her return to China after previously playing in Shanghai. This time she will perform in Shanghai, Beijing, Macau, Chongqing and Guangzhou in addition to her stop in Lijiang. Apparently keen to reach more of the Chinese market, she has also released a Mandarin version of her song 'Girlfriend'.

Aside from Lavigne - who is presumably the headliner - little has been made public about which other acts will participate in the festival, which is organized by China's most famous rock musician, Cui Jian (崔建). The festival, which has been held in 2002 and 2007, has traditionally featured a primarily Chinese lineup with many Yunnan-based performers.

Lavigne's star power should be good in increasing outside interest in Snow Mountain, which is hampered by Lijiang's relative remoteness in China. Tickets for the event are available nationwide via Emma Ticketmaster.