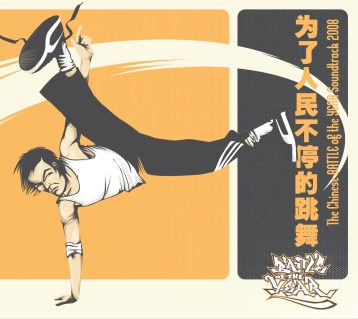 Tonight in Kunming is the official release party of a hiphop compilation album featuring some of China's top DJs and MCs coming together to showcase the rapidly growing mainland hiphop scene.

Envisioned by Kunming-based DJ DSK, The Battle of the Year China 2008 is a snapshot of the state of hiphop in China today. Battle of the Year is an annual international B-boy competition, the biggest of its kind in the world, with more than 20 countries from six continents represented.

The Battle of the Year China 2008 is the soundtrack of the China competition and will travel with this year's BOTY China winners – Guangzhou's Energy Crew – to the Asian BOTY finals in Thailand and, should Energy win, on to the world championships in Germany this October.

Three-time DMC China champion DJ Wordy from Beijing, Red Star and Mr Tsang from Shanghai, Chengdu-based producer Jovian, Guangzhou DJ BMD and Kunming funk outfit People's Rhythm all appear on the album, as does DSK. The mix of different styles and cities comes together like a hiphop hotpot blending flavors from all around China. 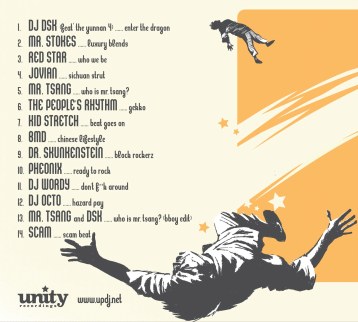 The 14-track album is the first release by Kunming label Unity Recordings, which was founded by DSK and business partner Sam Debell to promote Chinese musicians – hiphop as well as funk and electro.

Tonight's release party for Battle Of The Year China 2008 will take place at Speakeasy Bar and will feature the last performance of Minjian Funk plus DJ sets by DJ DSK and DJ Kris. CDs will be on sale for 20 yuan – with a free shot of vodka with every album purchase. Music starts at 10 and entry is free.

Battle Of The Year China 2008 is on sale at Salvador's Coffee House and CD stores around Wenlin Jie and Wenhua Xiang.