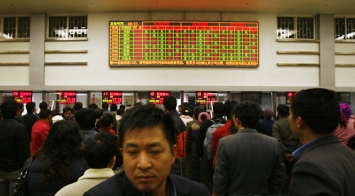 Kunming Station last Friday at 6:00 am

With Chinese New Year just around the corner – this year it lands on February 7 – China is preparing for a major surge in domestic travel. At the beginning of next month, millions of students, soldiers, workers and businesspeople throughout the country will meet up with family and friends to celebrate the end of winter and the coming of spring.

More than 22 million air passengers are expected to fly China's skies this holiday - which is known in China as Spring Festival. The General Administration of Civil Aviation of China (CAAC) has announced that it might add temporary domestic flight routes to handle the spike in air travel. CAAC said it will 'strictly control' air traffic in Kunming's Wujiaba International Airport plus other major airports in Beijing, Shanghai, Guangzhou, Shenzhen and Chengdu to ensure everything goes smoothly during the holiday.

Air travel may be increasingly popular with Chinese travelers, but the majority of people returning home will get where they're going via China's extensive rail network. China's Ministry of Railways is expecting nearly 179 million rail travelers – almost the population of Brazil – this holiday season. The ministry is adding 311 trains to the normal national rail schedule to absorb the increase in travelers.

Kunming's main rail station is anticipating a major influx in ticket buyers this month, to address the demand for train tickets it is building 40 temporary ticket windows in front of the station. The windows will sell tickets 24 hours a day beginning Wednesday of this week and lasting through the holiday.

Aside from increased travel, the Chinese New Year season is also a time for higher food and drink prices as a large percentage of China's billion-plus population spend the holidays focused on eating and drinking. This year rising food prices are putting more pressure on holiday budgets than usual. Even beer as well as baijiu and other traditional Chinese wines spirits are feeling the bite of inflation as alcohol prices in China are experiencing unprecedented price hikes, blamed on rising costs for grain, coal and transport.