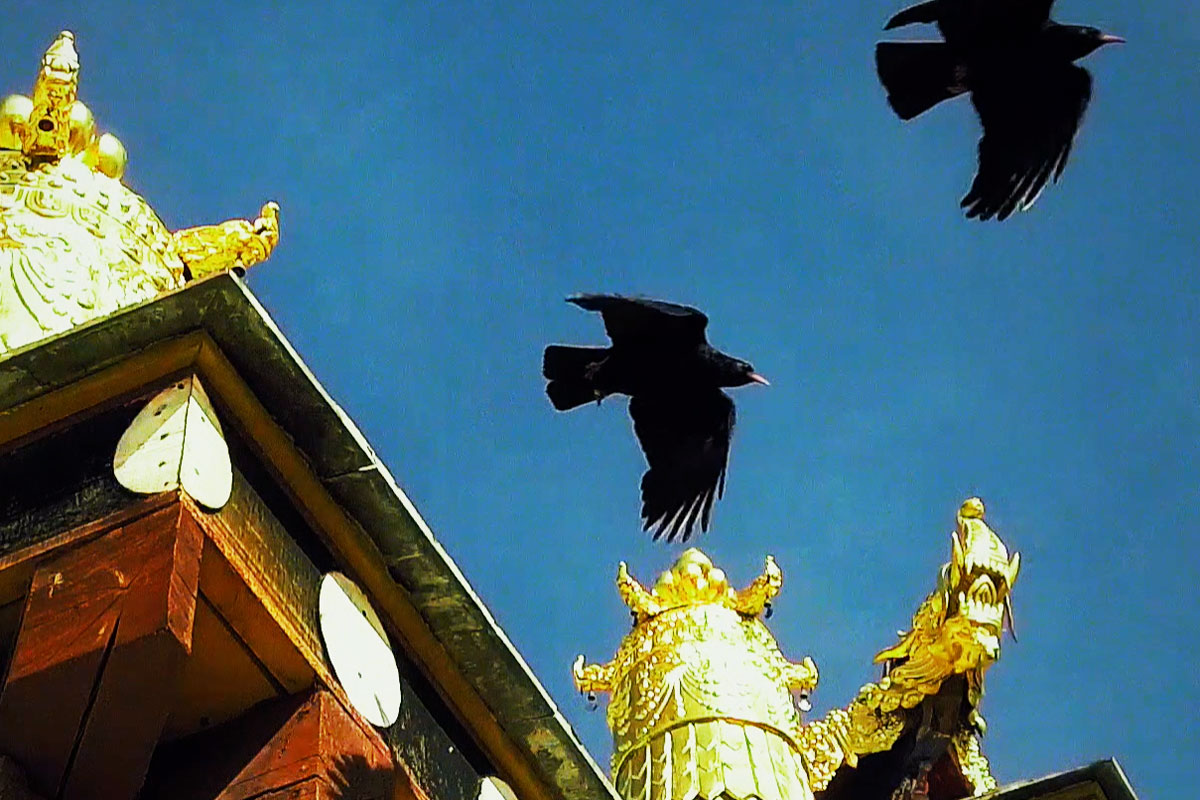 The Legend of Shangri-la

Shangri-la today is a term used around the world to generally describe a utopia. When the expression originated it more specifically portrayed an isolated, mountaintop sanctuary inhabited by mystics who exert a benevolent influence over their little patch of the earth. Amongst the soaring peaks of northwest Yunnan, it is a real place, although one a bit less perfect than the mountain redoubt first described in the novel Lost Horizon.

With this literary backdrop in mind, Yunnan: The China You Never Knew host Jordan Porter explores the actual city of Shangri-la (香格里拉), focusing on the Tibetan influences in evidence absolutely everywhere. What he finds are art and architecture as varied and stunning as the Himalayan foothills that punctuate the surrounding landscape.

While visiting Shangri-la, Jordan first stops in at the region's most famous landmark, Songzanlin Monastery (松赞林寺). Built 300 years ago on a windswept plateau perched 3,300 meters above sea level, today it remains the largest and most important Tibetan Buddhist monastery in southwest China.

Intrigued by the beautiful tapestries he sees adorning many of the temple's inner chambers, Jordan heads to a local art center where he learns the ancient art of designing, illustrating and embellishing thangka. These scroll artworks typically depict the life of the Buddha, influential lamas and other deities and bodhisattvas central to the Tibetan Buddhist canon. His final two stops of the day involve an innovative local brewery and an odd natural phenomenon just as stunning as thangka — the gleaming white terraces of Baishuitai (白水台). 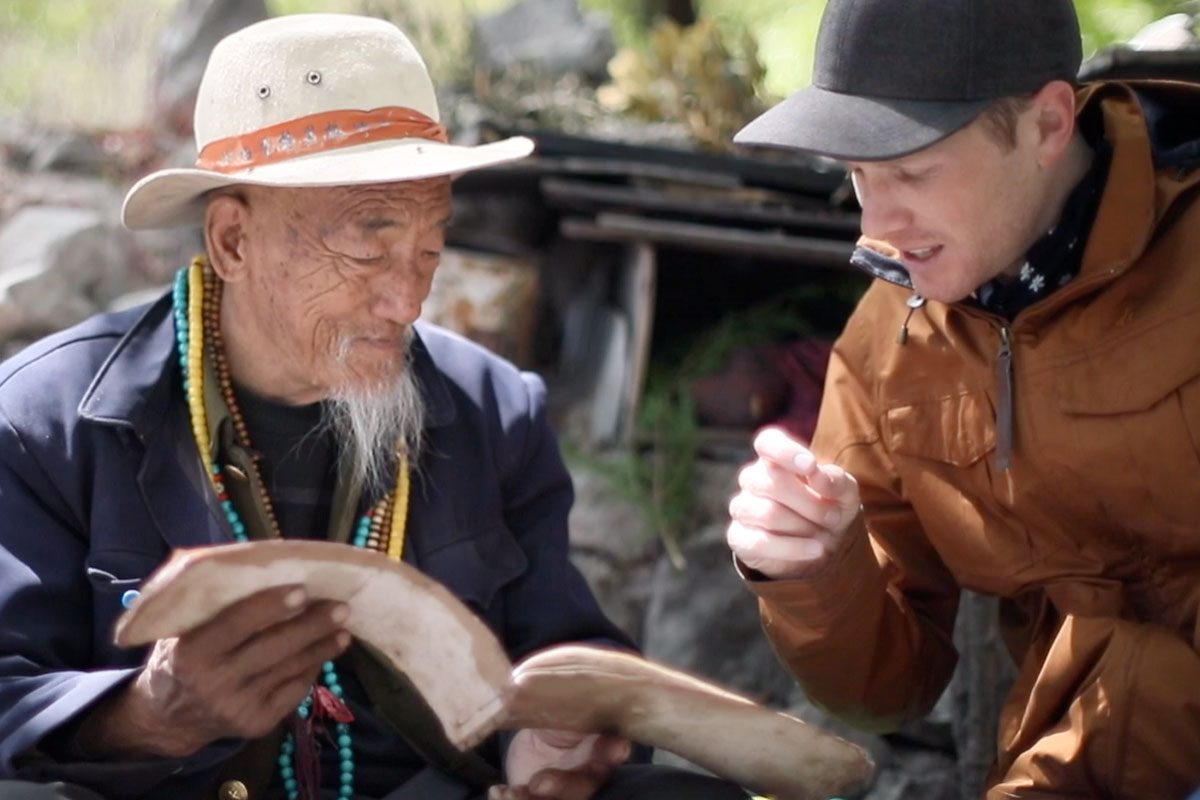 Catch up on everything from Yunnan: The China You Never Knew

To watch the entire Shangri-la episode, head over to our YouTube channel, Destination China, where you can also catch the eight other episodes of our travel show Yunnan: The China You Never Knew.

The first of these centers on the provincial capital, Kunming, while the second through eighth find Jordan in the charming old towns of Weishan, Donglianhua, Dali, Heshun and then amongst the volcanic splendor of Tengchong. Just before heading to Shangri-la, he also visits Shaxi and rock climbs the cliffs around Laojun Mountain. Enjoy! 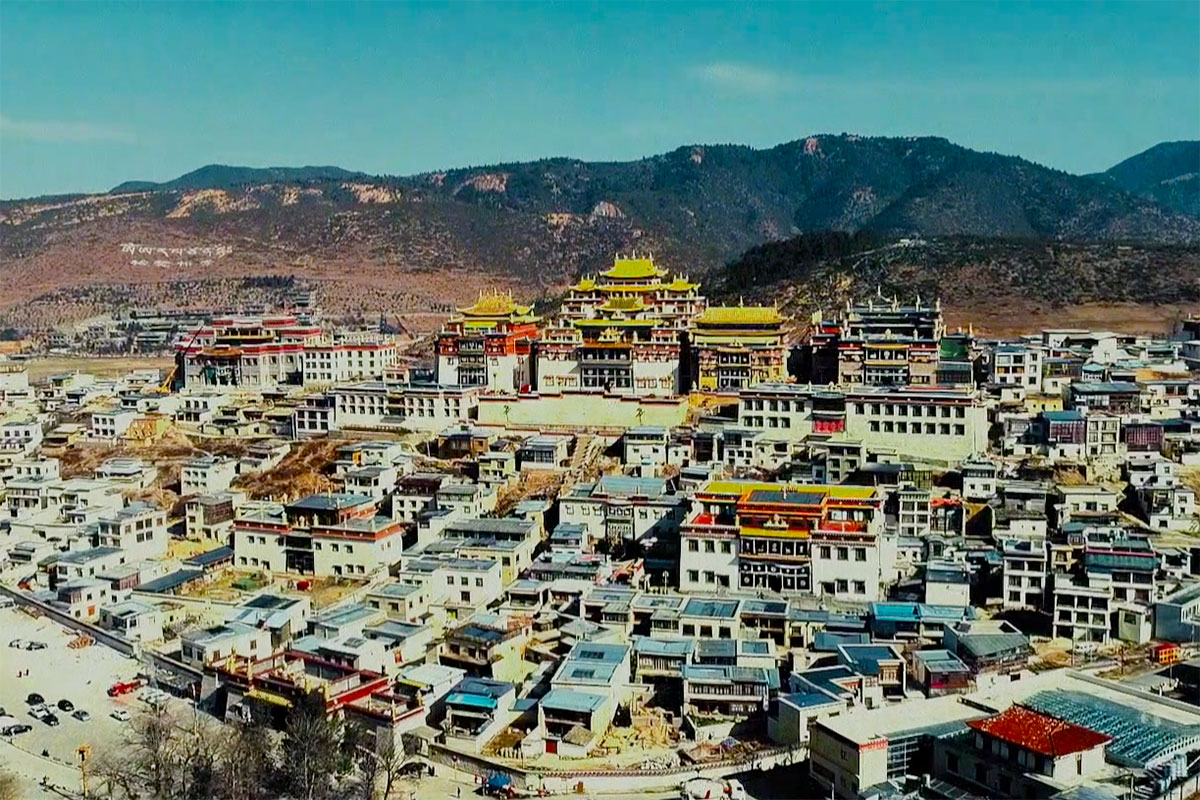 As mentioned, Shangri-la has long been a metaphor for a mountain utopia in which spiritual harmony and physical well-being are a way of life. English writer James Hilton's novel Lost Horizon first introduced the term 'Shangri-la' to the collective consciousness in 1933. The book was one of the first popular paperback novels, captivating readers around the world with its blend of mystery, adventure, fantasy and exotic travel.

Some believe Hilton's setting was partially inspired by the writings of botanist, explorer, photographer and ethnographer Joseph Rock, who visited and lived in the Tibetan areas of Yunnan and Sichuan in the 1920s. It is unlikely that Hilton's Shangri-la actually exists, but that has never discouraged people from looking for it. 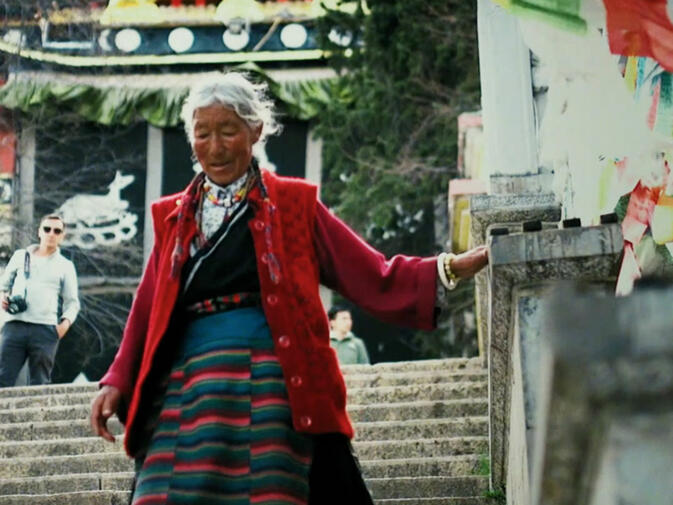 In 2001 the mountain town of Zhongdian (中甸) in northwestern Yunnan beat out several other Chinese cities and was allowed to officially rename itself Shangri-la. Consequently, the city underwent a rapid transformation, from a place only visited by the most spirited travelers, to a growingly popular tourist destination.

Right in the middle of that transformation, tragedy struck. In 2014, Shangri-la's old quarter was ravaged by an hours-long fire that destroyed 242 homes and businesses. The old town was subsequently rebuilt. Today it continues to reboot its travel destination reputation, while also eagerly awaiting the completion of a bullet train in 2020 that should, once again, inundate the region with curious visitors. 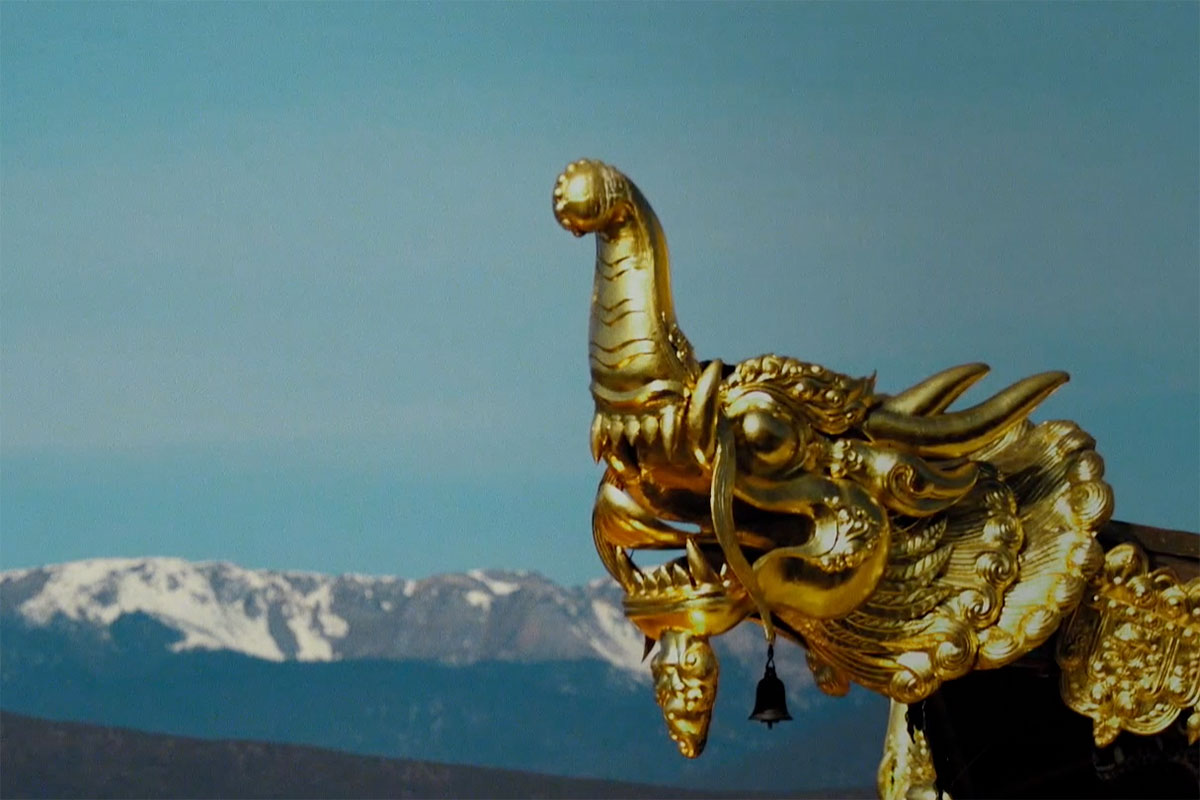 Note that there was never a 'legend' of Shangri-la, just a PR campaign that led to the renaming of the city of Zhongdian after the title of a novel that was popular when published in English and then made into an entertaining movie during the dark days of WWII, when the idea of a peaceful world was rather attractive. It's not a bad read and wasn't a bad film, but the naming of the city of Zhongdian was simply tourism promotion.

Indeed Ishmael, and the chap who masterminded the campaign is now feted as some sort of genius in the tourism promotion world. Which he is of course.

Maybe make a complain about this, and then move on to the next complain issue.

The second featured picture of the black red-billed choughs gliding above the monastery like eagles is true to their philopatry.

Keep up the Youtube videos Jordan Porter. I've watched all of them and looking forward to more journeys through China. Don't be discouraged by the underwhelming viewership. May Destination China series be deeply meaningful for you on a personal level.

Businesses in Shangri-La Old Town are slow but would usually pick up from July through September. Many entrepreneurs are holding down the fort and betting on the incoming bullet train next year. Fortunately 10-year rental contracts with locals are relatively low over there, for now. A mere 500rmb/month could get you a decent storefront.

I too hope the place does well, and that it does so without becoming a tourism theme park based on a novel. Would help if they got rid of the ridiculous name.

Some landmark attractions such as Pudacuo National Park, has already become your dreaded "tourist theme park." Unless you trek off the beaten track by not getting on the park shuttles.

A bit of devil's advocacy...

So what if Shangri-La's popularity was based on a novel? At face value it's not. The bulk of tourists are Chinese who've probably never heard of Lost Horizon.

And if you think about it from another perspective, the majority of human race base their faiths/lifestyles on books such as the Bible, Quran, or the Pali Canon. Entire nations have become theme parks of a different variety.

Books dubbed holy are culminations of hearsay folklore verbally passed down for centuries, subject to distortions, before being written down and revised in various editions to reflect the social norms of their times. They are texts which elicit the hope of a glorious, eternal paradise in the afterlife, despite no actual proof of existence let alone vulnerabilities to scientific debunking.

Nevertheless, billions of souls on this planet await their interpreted versions of Shangri-La-ish Garden of Eden, which would put James Hilton's "mythical" one to shame. We'll never actually know if the deceased will reach that promise land. At least readers of James Hilton's novel won't be totally disappointed when arriving at actual geological wonders bordering Tibet, Sichuan, and Yunnan.

I agree we live according to many different fictions. Very difficult to dig down beneath them, they come in many layers. A pox on those who cynically lay down more, from above, to their own advantage. It's important to expose the hype, Discourse can help with this. No guarantees.

Greetings from Gyaltang!
That was the name of the town once, and still is for some.
Once it became a trading hub on the tea-horse trails, it became known as ZhongXin - The Center. Then renamed ZhongDian. And now XiangGeLiLa.

What's in a name? We even have a district here named New Shambala!

Names reflect identity. Gyaltang reflects Tibetan ethnic identity; ZhongXin reflects Han-language trader identity; Zhongdian reflects Chinese nationalist identity; XiangGeLiLa reflects fictional tourist identity.
Bill B: There can be more than one name for a place, but what kind of identity do local residents prefer? Do they care, one way or the other, about selling there identity to tourists for economic reasons? Maybe - what's your impression - perhaps passive acceptance of an identity determined by wealth/power? This may seem mere sarcasm, but I'd really like to know.