At the halfway point of the travel series Yunnan: The China You Never Knew, our host Jordan explores a place that connects many of the cultural and historical Yunnan dots. Shaxi (沙溪) is a node on the old Tea Horse Road, an ancient network of trade routes that has shaped much of the narrative of western China's history.

Just like nearby tourist hotspot Dali (大理), Shaxi's population is predominantly made up of people from the Bai minority, although several other ethnics groups live in the mountains surrounding this amazing little town. Despite its growing reputation as a stopping point for tourists visiting Yunnan, Shaxi has managed to retain much of its quiet historical charm.

In this episode, called Shaxi: The Ancient Tea Horse Road, Jordan explores the beautifully preserved parts of this historical outpost that was once so influenced by the Southern Silk Road. First up, He visits his friend Karen, the owner of one of the first hostels to open in town. She knows the Tea Horse Road well, having walked for days along some of the ancient trails connecting Dali with Shaxi, a trip she shared alongside the people and their horses who still use these old, time-worn paths.

Next, Jordan discovers more of the living legacy of the Tea Horse Road as he explores the Ouyang family home. The Ouyangs were once a prominent trading family when commerce in western Yunnan was accomplished almost entirely on horseback. The lovingly curated house is as much a museum as it is a home, showcasing the craftsmanship for which Shaxi and the surrounding area are still famed. 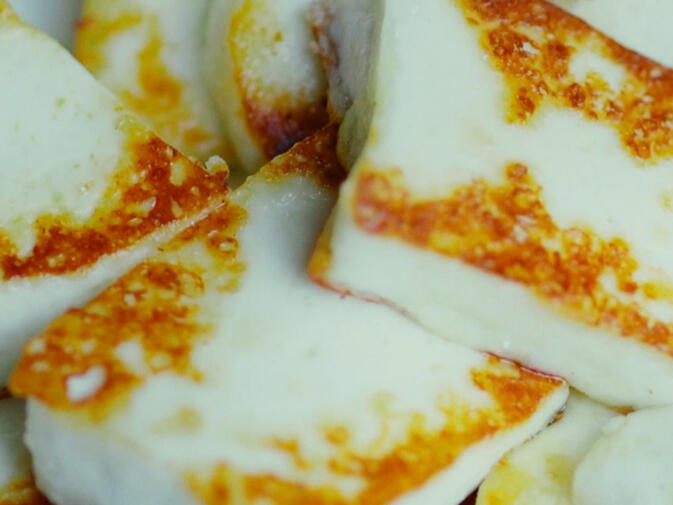 For lunch, Jordan samples local Bai delicacies together with Dutch expat tour guide Jos. Together they sample handmade rubing, a type of goat cheese found exclusively in Yunnan. After rubbing shoulders with the local community at a bustling weekly market, Jordan joins Jos for a bike ride to the nearby Old Theatre Inn, where musicians perform old regional songs under a full moon. Shaxi, what better place to gain a re-appreciation for the simple pleasures of life in the slow lane.

To watch the entire Shaxi episode, click over to our YouTube channel, where you can also catch the six other episodes of Yunnan: The China You Never Knew. The first of these centers on the provincial capital, Kunming, while the second through sixth find Jordan in the charming towns of Weishan, Donglianhua, Dali, Heshun and then amongst the volcanic splendor of Tengchong. 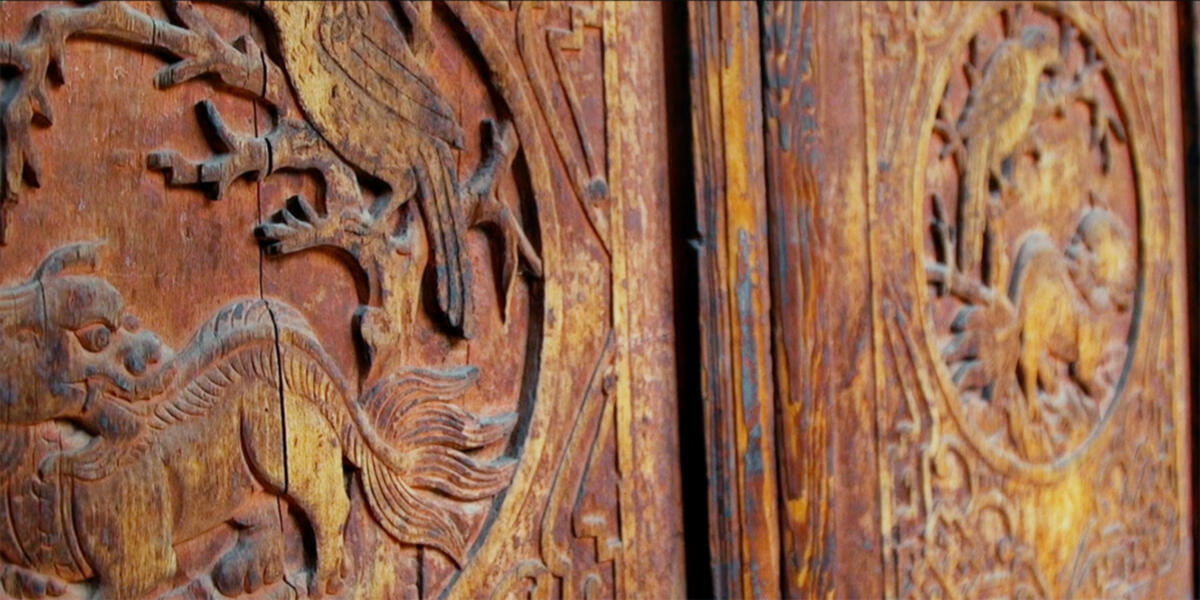 Located in Yunnan's northwest, within easy reach of busy tourist hubs of Dali and Lijiang (丽江), lies Shaxi. Blessed with blue skies, sunshine and cool breezes year-round — and happily located in a verdant mountain valley with no airport, tall buildings, traffic congestion or noticeable pollution — Shaxi is the perfect antidote to the chaos of city life.

The old town is bordered by a rapidly expanding cluster of under-construction guesthouses and shops, as locals and transplants from China's east look to cash in on the town's tourist economy. Despite all of the building, inside the old town, locally referred to as Sideng (寺登), history is still a palpable and readily appreciable entity.

Facing each other across the village square are Shaxi's iconic Sideng Xitai (寺登戏台) theater and the 600-year old Xingjiao Temple (兴教寺). The square was lovingly restored with grant money provided in 2001 by the governments of Jianchuan County and, surprisingly, Switzerland. The two old buildings bordering the plaza, along with a nearby bridge over the Heihui River (黑惠江), are a common gathering point for photographers hoping to capture a perfect snapshot of Shaxi. 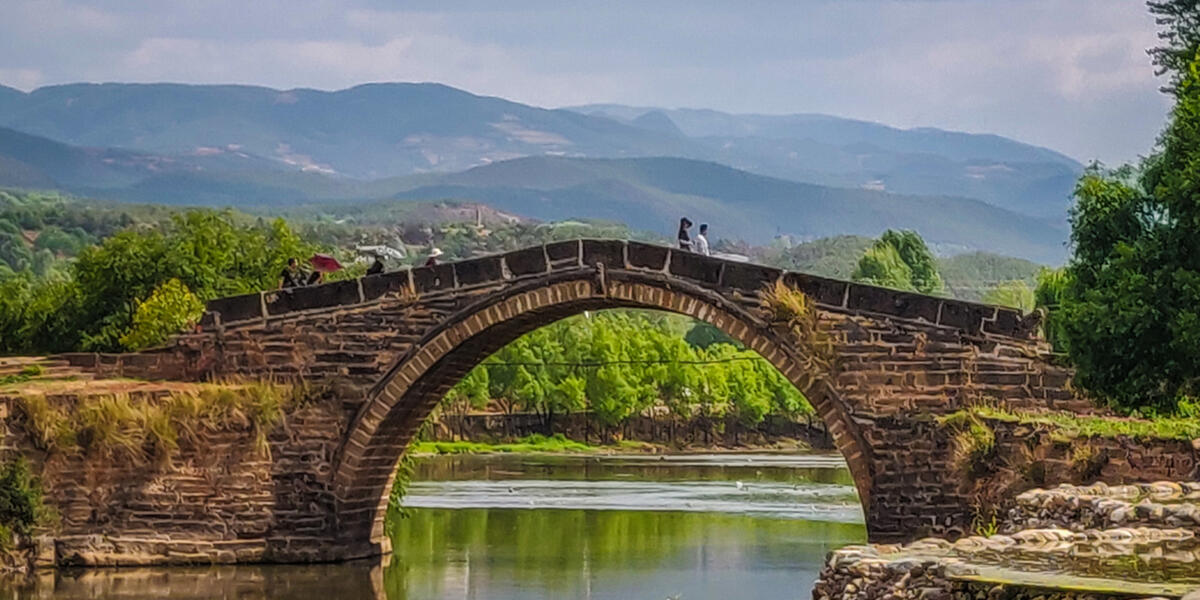 The iconic bridge over the Heihui River in Shaxi, Yunnan

Shaxi and the Southern Silk Road

For centuries Shaxi was a busy trade hub linking the Yunnan and Tibetan portions of the Ancient Tea Horse caravan route. Traders coming up from the south would bring tea, cloth, alkali and daily necessities, while Tibetans would bring yak furs and traditional medicines south. In addition to being a convenient halfway point for Yunnanese and Tibetan traders, Shaxi also had an important commodity of its own — salt from the nearby wells.

The majority of Shaxi's residents belong to the Bai ethnic group. When the caravans were passing through town, it was not uncommon to see the different faces and costumes of the Yi, Lisu, Han, Naxi, Hui and Tibetan ethnic groups. This was especially true in Shaxi's main square, where all of the imported goods were sold. The caravans could have as many as 40 or 50 animals, mostly mules with some horses. Just as important were the muleteers, who were usually responsible for ten animals each. 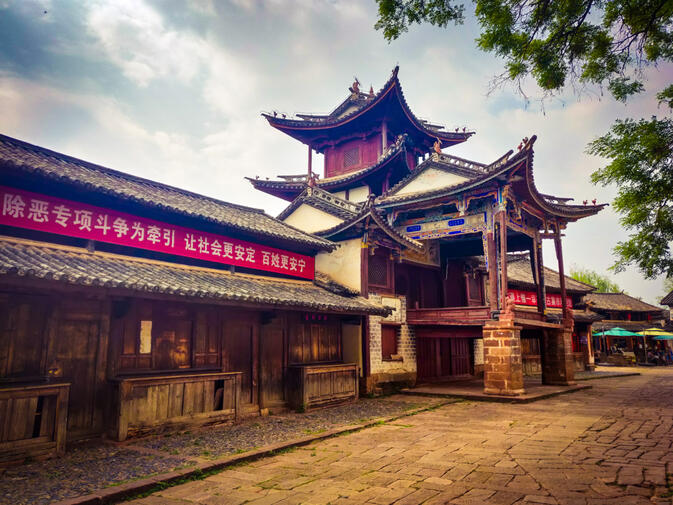 The caravan routes died out around 60-70 years ago, eliminating the main source of revenue for an economy that had thrived in Shaxi for centuries. The town reverted to reliance upon agrarianism and had passed the intervening decades quietly, missing out on benefits — and concomitant drawbacks — that other Chinese cities experienced since the late 1970s.

Now, just as quietly, Shaxi has experienced a renaissance of sorts through tourism. The local government has spent quite a bit of money on cleaning up the old town for visitors and and preserving the old mud-brick buildings. It has done a surprisingly good job of it.