Dali: Seat of a Lost Empire

For more than two decades, the city of Dali in northwest Yunnan has beguiled foreign travelers and seduced intellectuals and artists fleeing the tumult of China's teaming eastern metropolises. The reasons are plentiful — a mild climate, stunning scenery, a confident and thriving local culture and sprawling history seemingly taken from a storybook.

It is into this milieu that show host Jordan Porter steps in episode four of Yunnan: The China You Never Knew, available now on our YouTube channel, Destination China. While spending time in Dali, Jordan focuses on the region's history, which, while once dominated by the Bai minority, is actually a melting pot of ethnicities. Below is a trailer, and you can access the full episode, Dali: Seat of a Lost Empire, on YouTube.

Jordan begins his journey by having breakfast in a courtyard and sampling a Bai culinary delicacy — raw pig face. From there, he takes a motorcycle tour around Erhai Lake with Hendrik Heyne, owner of TibetMoto. The two end up visiting the tiny and exceedingly unique Putuo Island and its amalgam of Daosim and Buddhism.

Up next is a trip to what is arguably the most iconic architectural site in the entirety of Yunnan province — the Three Pagodas. Built 1,000 years ago, the towers have endured numerous earthquakes, concealed priceless artifacts and today attract millions of tourists. Wrapping up his trip, Jordan visits a 90 year-old tie-dye factory to learn how the Bai people create their signature indigo-colored batiks. 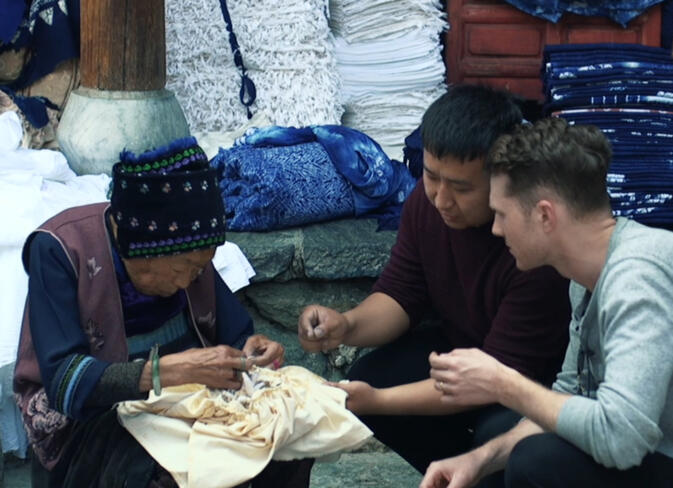 To watch the entire Dali show, click over to our YouTube channel, where you can also catch other episodes of Yunnan: The China You Never Knew. The first of these centers on the provincial capital, Kunming, while the second and third find Jordan in the ancient towns of Weishan and Donglianhua.

See the entire episode of Dali: Seat of a Lost Empire on YouTube!

More about Dali and it's old town

Lying in the middle of a long, north-south plain at around 2,000 meters altitude, flanked on the west by the peaks of the Cangshan mountain range — with some peaks over 4,000 meters high — on the east by sprawling Erhai Lake, the city enjoys a superb geographic location and boasts a plethora of ancient buildings and structures.

Dali was not even part of China until the thirteenth century. At their greatest extents, the Qin, Han, Tang and Song dynasties did not incorporate the area into the Chinese empire. In fact, from the mid-eighth century to its conquest by Kubilai Khan in 1253, the area was the heartland of two successive states — the Nanzhao until the beginning of the tenth century, and the Kingdom of Dali afterwards. 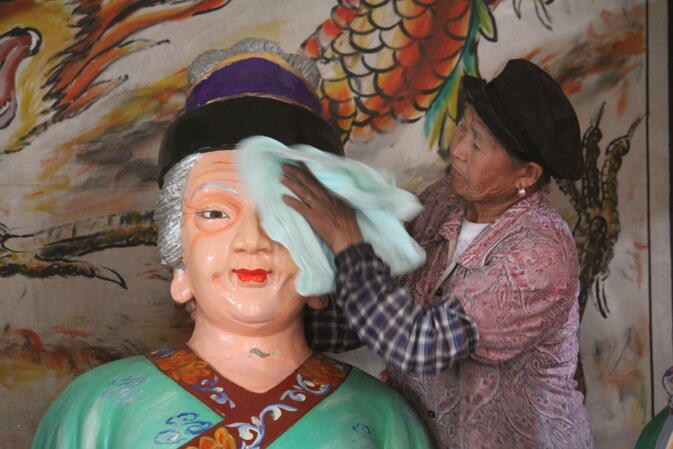 The buildings, gates and walls of Dali Old Town today date from the Ming and Qing dynasties, but monuments prior to the Mongol conquest still stand. The most famous are the Three Pagodas just north of the city proper, the Lone Pagoda near the South Gate and the Skeleton Python Pagoda just north of the city of Xiaguan to the south. All of these date from the Nanzhao era but are far from the only cultural attractions.

The natural beauty of its setting alone would suffice to draw travelers to spend time in Dali, even if it had no relics of its very eventful past. But it does, and these are unique assets. Dali's monumental legacy stretches back 14 centuries, covering each successive stage of its history. No other city in Yunnan can make the same claim.

See the entire episode of Dali: Seat of a Lost Empire on YouTube!

My first visit to Dali was in 1987,climbed the mountains ate and drank at the old Coke a Cola Cafe,signed my name on the wall many times!!!!!!!

You should tell us more stories Smitty. Can u recall how long was the bus journey from Kunming in 1987? Why not upload some photos somewhere too. Many would indeed be curious to see and hear more.

Dali has changed a lot since then, most recently it became a refugee area for people allover China fleeing the urbanization and materialism taking place. I though it was extremely interesting - as a penomenon - the main road was full of people hawking stuff, and every day more came in. But they clamped down on it, and thats a drag, it was building up to something unique. Like an anarchist city or something.. Recently its been grabbed by tourism standards.

But its a very strange place, still. Some strange dark shadow over Dali and it penetrates most peoples minds in one way or another. As if it was not controlled by humans, but by spirits. Not in a positive way.

Peter Goulart said something similar after stopping in Dali on the way to Lijiang. He attributed the gloom to the great earthquake of 1925.

Personally I never noticed Dali's dark side but I try to keep ghosts and spirits at a distance.

Most people have no idea what abyss they go into when they move to Dali. Which is ironic, as they move there for a piece of mind. The weird abyss affects Chinese ppl too, which is funny in a way.

Dalis spirit and protector deity is 大黑天, (Mahakala), and for centuries he's been worshipped in Dali, City God temple is offering for him too, and its an rage filled sinister mad incarnation of Shiva., I attribute all the darkness and madness there to that deity. Tongue in cheek.

Yea, its a weird sinister place. Keep good friends handy and do plenty walks on mountains if u stay there long time.

The 大黑天神 story told to me by Bai friends makes him sound like Jesus. He's ordered by God to kill the Bai people because they're evil but when he gets there he sees that they're good, so drinks the poison himself and offers himself as a sacrifice.

Whew, man, too much!

大黑天神 is tantric stuff. Not many places with tantric buddhism under surface like Dali.

Some of the fire worshiping there in dali province, looks like its straight from India too. There should be more interest in this, unfortunately theres not even a single English book on Dali.

Imagine that. Maybe too much to grasp.

The first scholar on dalis tantric buddhism is a hero.

Tantric buddhism is the secret teaching. The mystical buddhism. Mantras, mandalas, signs, spirits and such. With a religious geography.

Now they say they dont know where the kings of Nanzhao and Dali Kingdom were buried or what happened to them. But we all know in many tantric places they are buried in river confluences, in an accordance with a religious geography, and Varanasi is just one example of the importance of river confluences. In Tibet and Bhutan the confluences are as holy as lakes and mountains.

Mekongs name comes from "Mother Ganges", its a fake Ganges in a buddhist georgraphy. Same like Irrwaddy river is from Ravi river and so on theres thousand examples.

So anyone looking for the Dali kings should go looking at the confluence of Mekong and Yangbi river.

you know, I lived there for a while, I never knew any of these things.

Well, does that surprise.

Yunnan has an exceptionally ignorant foreigner community. When you put it in contrast whats all around.