Episode three of Yunnan: The China You Never Knew is available now on our YouTube channel, Destination China. Host Jordan Porter travels from Weishan (巍山) to Donglianhua (东莲花) in search of a more complete historical sense of the region. Yunnan's cultural influences are vast, and in Donglianhua, Islam put down deep roots.

Jordan speaks with the town mosque's elderly imam, who can remember back to when Donglianhua had no electricity, saw few if any tourists and was completely unknown to the outside world. Together with friend and guide, Frank Hitman, Jordan also learns about the famous Ma family, who prospered greatly as traders along the Tea Horse Road but also played a hugely important role in securing training, supplies and safe passage for anti-Japanese forces during World War II.

To watch the entire Donglianhua show, click over to our YouTube channel, where you can also catch other episodes of Yunnan: The China You Never Knew. The first of these centers on the provincial capital, Kunming, while the second finds Jordan in the ancient town of Weishan. While you're there, check out our behind-the-scenes short film highlighting Spring City barbecue and another featuring Weishan's famous snacks. For more information on the entire 12-episode travel show, see our summary article. Enjoy!

See the entire episode of Donglianhua: Islamic Influences on YouTube! 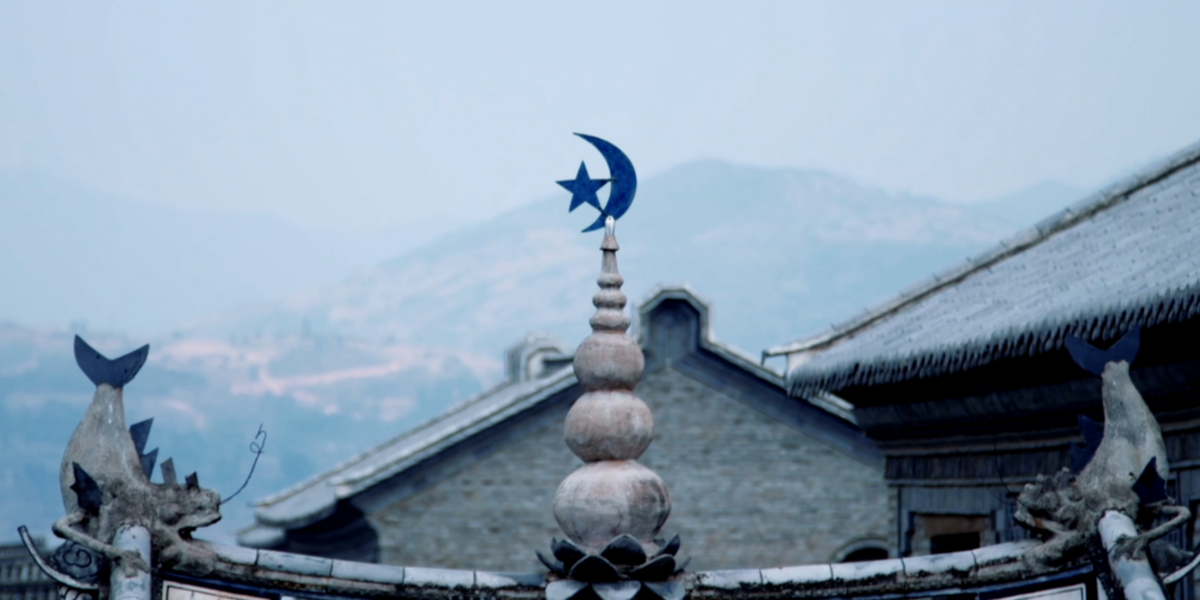 Donglianhua is part of Yongjian County (永建镇), which sits on the very northern edge of the Weishan plain, a few dozen kilometers south of Dali Old Town (大理古城). Other than Ningxia and parts of Gansu and Xinjiang, it is one of the most obviously Muslim areas in China.

The people of the area belong to the Hui minority (回族) and most are descended from members of Muslim regiments in the Mongol army that conquered Yunnan in the thirteenth century. Some of those soldiers stayed in Yunnan. Initially they were there to keep the locals in line, but later they became farmers and, more importantly, traders. 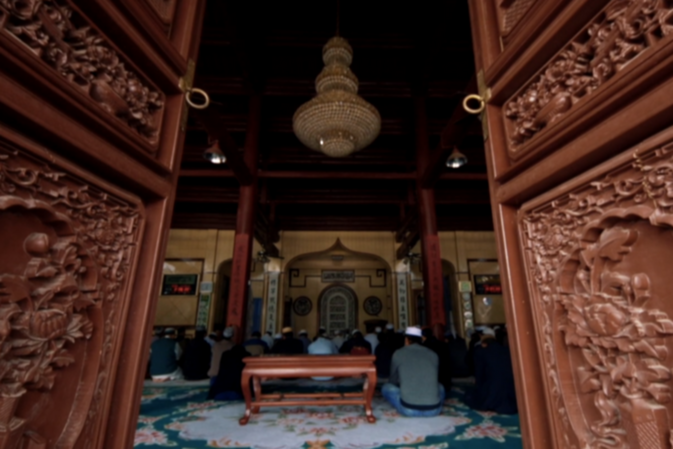 Much like their ancestors, members of the Hui Muslim communities continued to live itinerant lives since arriving in Yunnan. Some — such as the one in Donglianhua — rose to dominate the caravan trade in parts of southwest China, creating merchant networks that spread far into Southeast Asia.

This was especially true of Donglianhua's Ma clan, who became the town's defacto ruling family around the turn of the twentieth century. It was through their wealth, power and influence that many of the trials along the Tea Horse Road in western Yunnan were transformed into materiel and supply lines during World War II.

See the entire episode of Donglianhua: Islamic Influences on YouTube! 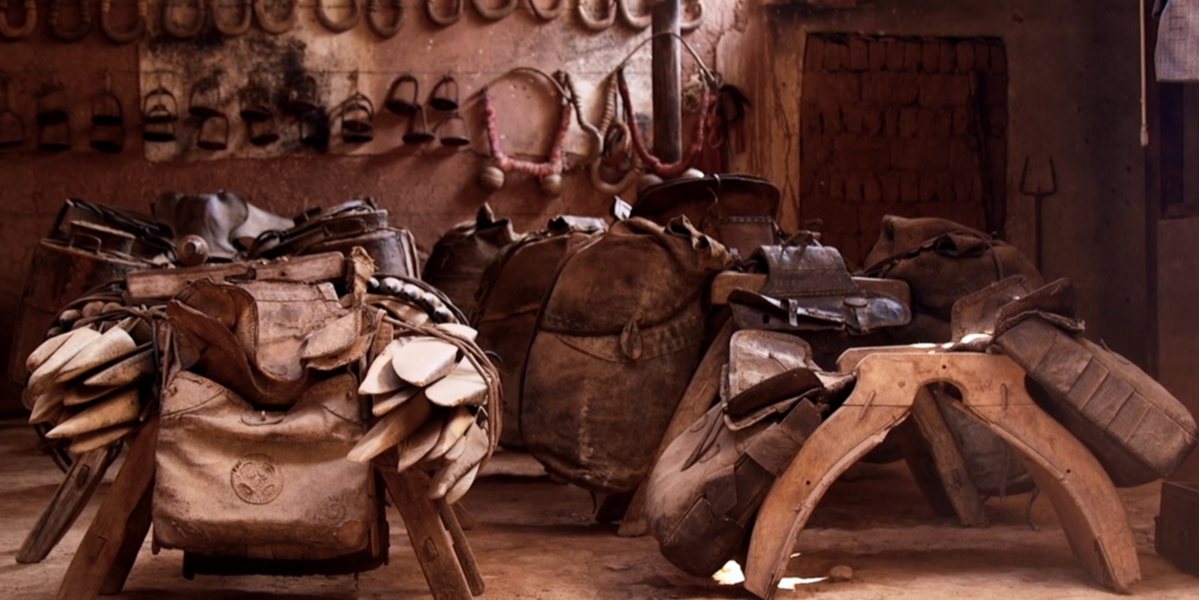 Good this is here, the Hui seem to be conspicuously absent in Yunnan tourist promotion, thanks largely to the legacy of the Panthay Rebellion here of many, not just the Hui, against the Qing Dynasty, which ran 18 years in the 19th century and devastated the province with a million deaths, more or less - go to Dali to not-see how this history is nearly unmentioned.

Theres a missionary story that Du Wenxiu, who led the rebellion and looted whole Yunnan of treasures, threw all the treasures in Erhai once the Qing army had entered Xiaguan, when they knew it was game over, Just before he swallowed the opium for suicide. I found this story in a forgotten missionary memoir, obviosuly this had not come to any Chinese historians mind or kniwledge, So, yea, one can just imagine what all lies in the silted bottom of Erhai.

There I said it loud, Hurry up, if theres any treasure hunter around, it took a laowai to tell this to you,

So how milions have been put in the futile project of Fuxian lake etc., when whole Yunnans history may lie in the bottom of Erhai.

Imagine, what imagination and creativity, when nobody ever thought of looking in Erhai.

Like a joke. And a foreigner needs to point this out.

Never heard that story, Peter. Anyway, I think it's a bit much to say it would mean the whole history of either Yunnan or of the Panthay Rebellion. Anyway I don't know about Du looting 'whole Yunnan of treasures'.

It's plausible they would hide or dump their treasure. But who is the missionary who witnessed it/heard about it?

Ive written here once I went through all old Yunnan documents in Hanoi, and I was copying an old Dali map at the old colonial library there, when all of a sudden there was a symposium when I came in - organized by the cosulates of China and Vietnam - focusing on history. Same time I came back with the old Dali map I just copied when they were praising each other on microphones. And it was there in the archives behind their symposium five meters distance, now imagine how that looked. (The day before that I had paid the workers at a older graveyard in Hanoi to clean up the older tombs of the Chinese consulate workers,)

Now, the point is not me, the point is, academic research in China is so gripped by political correctness, marxism and sinocentrism/beijingcentrism, that theres plenty you can dig put if you use some basic creativity. What it also means is Yunnans history has not been approached from other perpectives than, roughly, Beijing, marxist theory, old Qing, Ming documents etc. Nobody has even had the interest to see what could be found in Asian, say buddhist scriptures, not to mention, even Hanoi,. Or how about Persian, Arabic and so on. And since Yunnan at some point was called Gandhara, imagine what all could be out there. Say, e.g, Padmasambhava was born on a lake in "Gandhara", and theres no lake there in Pakistani Gandhara, maybe it was Yunnan Gandhara (Dali), Well, who knows. Probably not, but by some weird twist, hey, who knows.

Anyway, Im not throwing out any missionary names here, but common sense says the Panthays took the valuable stuff with them went they rampaged and looted Yunnan. And why would Du Wenxiu had handed that over to his enemies and the infidels, already planning suicide and all. Its also common sense, and not even a missionary is needed to figure that out. The Chinese should have figured that out by now. So if even that is missed, then what all havent they missed For example, a possible etymological connection between Yunnan and Ionian.

But, hey, I could be wrong. No big deal. And Im retired already from this, just throwing out some nostalgia,

I probably need to add. Did this history thing as an amateur hobby, Not affiliated,, just as an individual Yunnan (ex) fan, purely out of fascination. Fascinated by Yunnan and wanted to know more and more, go deeper and deeper. I wanted to know evey fuckin secret Yunnan had. But, as said, retired now.

Maybe something in Erhai bottom. Maybe the Hui of Donglianhua are aware of this secret, being whispered in the candle-light when old men tell stories.

Mongols called Yunnan "Carajan" and so did Marco Polo. When mongols and thus islam arrived, Yunnan (Dali) was still Carajan. It could be translated as black as well, but Carajan was the mongol word for Gandahar (Yunnans adopted buddhist name). But at some point they wanted to change it, and they started to wipe out the buddhist legacy in Yunnan.. And replaced plenty with Islam. Thats around the time when buddhist name Gandahar was changed to "Yunnan". This word, roughly, meant islam in India. As islam came from that direction of Ionia. Ionians were the moslems for what is now called India..

And btw, I threw these keys out here on purpose, so that some academican can hit it with google. Not that Im tying to brag. Somebody else needs to take over.

Nice video. Just watched it. Good editing and proffessional. The guys in the video did a good job too. Thanks.

Just a small comment. You guys associated "Tea & Horse Road" quite a lot for the trade routes. Maybe on purpose, for various reasons, like touristical.. Historically speaking, this could be criticised, but I get it, its not some academic work, more a promotion thing.

The Tibetans are generally associated with what became the brand wird "Tea & Horse Road". Tibetans traders were called "guzong" (kutsong, kucong etc.) and this is something very strange, As we can find Kucong today associated as a branch of Lahu. All the way down to Laos and areas of Northern Vietnam. Are the Kucong of today the remnants of the Tibetan traders? Bai people still call Tibetans "kucong" as a deregotary word. Ive tried to crack that nut, and its a hard one. In Qingshilu its mentioned Yongzheng emperor drove the Kucong - in 18th C -from Jingdong, resukting in a massacre, As they controlled the salt there. They had to end up on mountains are are still today the poorest minority of whole China. Plenty to find on this topic.

So the big question is: are the Kucong of today the remnants of the Tibetans on "The Tea & Horse Road".