I think everyone has that one place — a secluded beach, a forgotten valley — that they once visited, often for just a short time, which looking back seems unbelievable. These places nestle deep down in our minds, with the passage of time making them ever more dreamlike. If only we were able to return, everything would once again snap into focus. For me, my second trip to Dali (大理州) did just that, the autonomous prefecture in Yunnan living up to and surpassing my memories.

Our 48-hour stint in the predominately Bai minority area began with our disembarking the new, generously named "bullet train" from Kunming's South Station. If you are considering the two-plus hour journey, please be advised to double check if your ticket departs from Kunming Station or Kunming South, not that we didn't do that or anything. 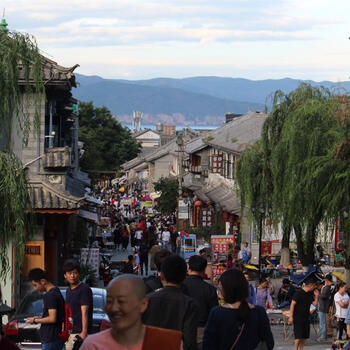 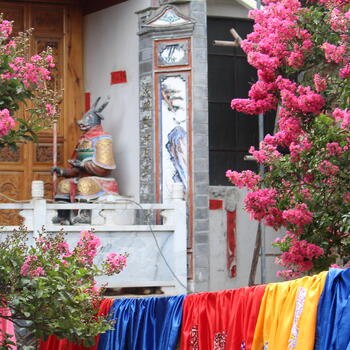 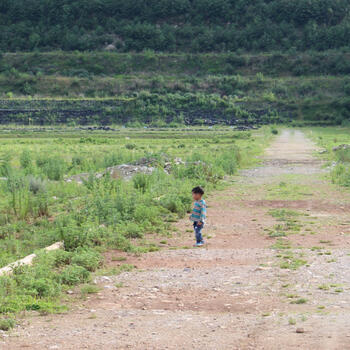 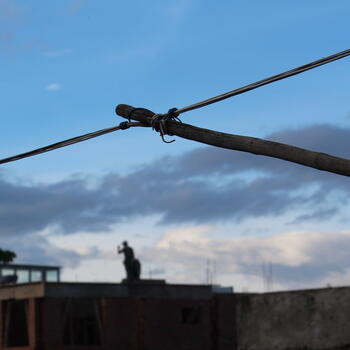 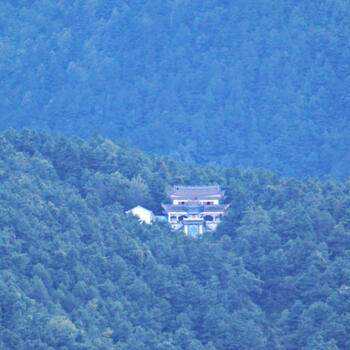 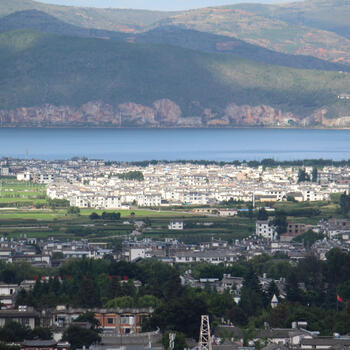 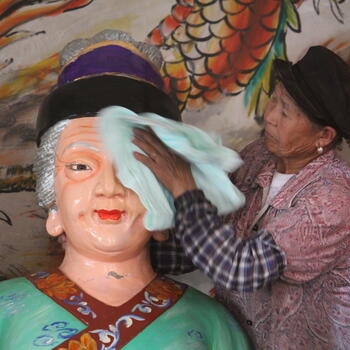 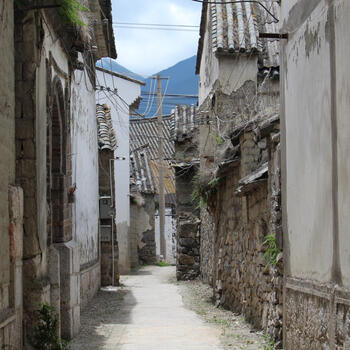 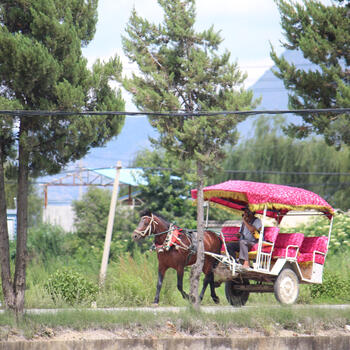 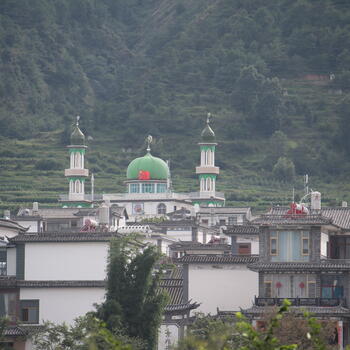 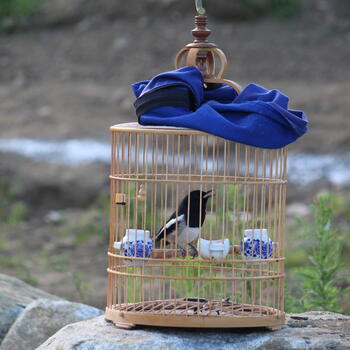 Arriving in Xiaguan (下关), at the southern tip of Erhai Lake (洱海), we took a cab up to our hostel, conveniently located just across the street from the center of Dali Old Town (大理古城). Already late afternoon, we decided to take a quick hike from our hostel up the sloping road, following any path that led away from the lake and toward the foot of the mountains that surround it.

Due to Dali's characteristic topology, paths ring the basin at regular intervals, forming a predictable matrix that makes it difficult to get lost. The higher we climbed, the more ridiculous the scene became — highland sun blazing, cool wind blowing, funnel clouds barreling down the peaks, and in the distance neatly-arranged white settlements dotting the flatlands adjoined to the massive lake.

At a bright and early 11am, we began our second and final day in Dali with a trip into the old town for breakfast. It being the day after the Fourth of July — 'Merican Independence Day — I guilted my British travel-mate into eating a hearty American-style breakfast of black coffee and chocolate-chip pancakes to lovingly remind her of what her countrymen lost on this day 242 years ago.

We then headed toward the town's southern Erhai Gate (洱海门) in search of a suitable scooter to rent for the day. With vetoes of the American Flag, Union Jack, and yellow Minion-faced scooters, we instead decided on a comfortable-looking red version with a range of 200 kilometers. It cost us 100 yuan and was to be returned promptly before 9pm.

Clouds crash like tidal waves down the Cangshan Mountain Range

Speeding down towards the lake, we turned on to Huanhai Xilu (环海西路), an avenue clinging to the western shore of Erhai, more a patchwork of village alleys and dirt paths than a road as such. We must have passed hundreds of smaller alleyways and footpaths shooting off at 90-degree angles away from the lake, tempting us toward neon-green rice paddies and age-old farming communities. Although our time along the lake was relatively free of crowds, we also must have passed a similarly uncountable quantity of gaggles of 20-something city folk who had rented silver convertibles and bright pink hummers for their time in the valley.

Apart from towns and rice paddies, we also stumbled across a Benzhu temple (本主庙), which was in the process of a refurbishment, and proof that the traditional Bai religion's syncretic mix of Buddhist, Daoist, and folkloric elements remains alive and well. Within the thousand year-old Shangjian Temple (赏鉴古庙) nearby, we found a flurry of colors and pantheon of deities, including an ancient tree being given ceremonial tea and the pig from Journey to the West, named Zhu Bajie, likely a distant ancestor of Peppa Pig.

Continuing north up the coast, we eventually realized we had gone a bit further than planned and had long passed Xizhou Old Town (喜洲古镇). We accordingly turned west, up the hills and away from the lake to reach Butterfly Spring (蝴蝶泉), where we ate a late lunch but did not purchase entrance tickets. Deciding we should arrive back at Dali Old Town before it got too dark, we got onto the much wider and much straighter Xijing Xian (西景线) road for a direct route back.

As we prepared for bed, bracing ourselves for a dawn flight to Xishuangbanna (西双版纳), we looked down at our legs and thought about all the places they and we had been during the weekend. The perfectly square and scarlet sunburns on our thighs provided fleeting momentos of Dali's tidy square rice paddies. 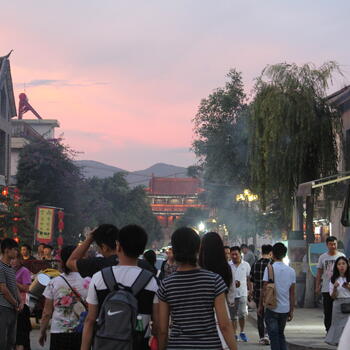 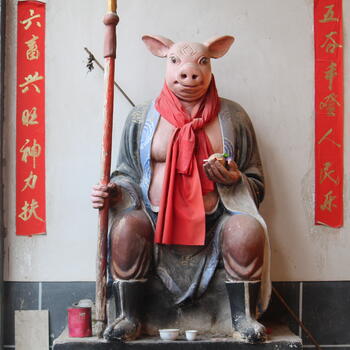 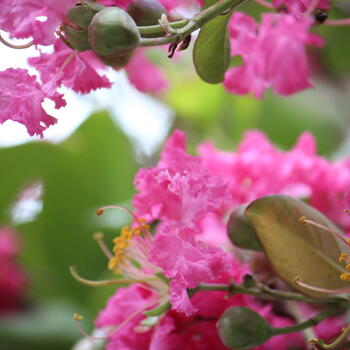 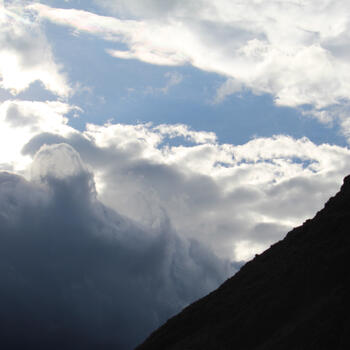 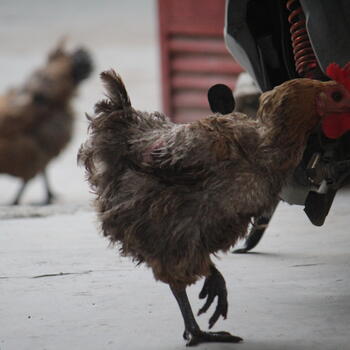 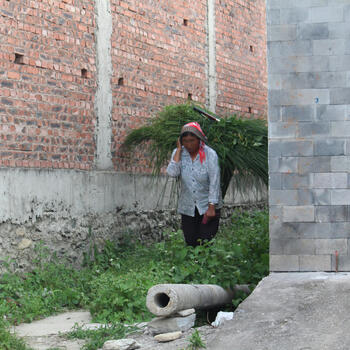