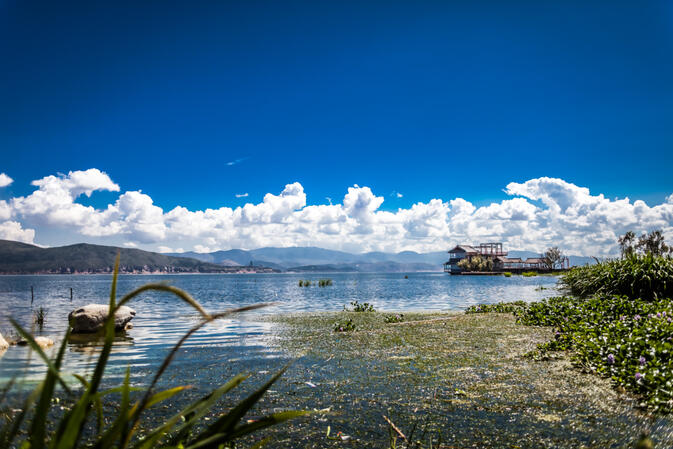 Editor's note: This article by Li Yingqing and Zheng Jinran was originally published by China Daily under the title "Exploitation of plateau lakes will end, Yunnan vows". It has been edited to fit GoKunming's style and format.

Legislators in Yunnan province said "revolutionary" steps will be taken this year, including shutting down tourism-related businesses in sensitive areas around major lakes to preserve the natural environment. The move will illustrate the province's rejection of the current destructive model under which tourism leads to exploitation, deputies of the Yunnan People's Congress said [in late January].

City governments have enacted stricter regulations to help with protection efforts. For example, in Lijiang, near Lugu Lake, all ports, hotels and other buildings inside the core protection zone will be ordered to move out, said Cui Maohu, the city's Party chief and a member of the provincial people's congress.

In Dali, a popular tourist destination, all 1,806 buildings inside the protection zone of Erhai Lake, a major body of water, had been demolished as of December 31, according to the city government. More controls will be enacted this year, it said. "We will continue to protect the nine major lakes on the plateau, and take revolutionary measures this year," said Ruan Chengfa, Yunnan's governor, on Sunday as the provincial people's congress annual session opened.

Construction around the lakes will be banned and protective measures will be extended to reduce pollution from industries and farmland, rather than merely reducing pollutants in the lakes, Ruan said. 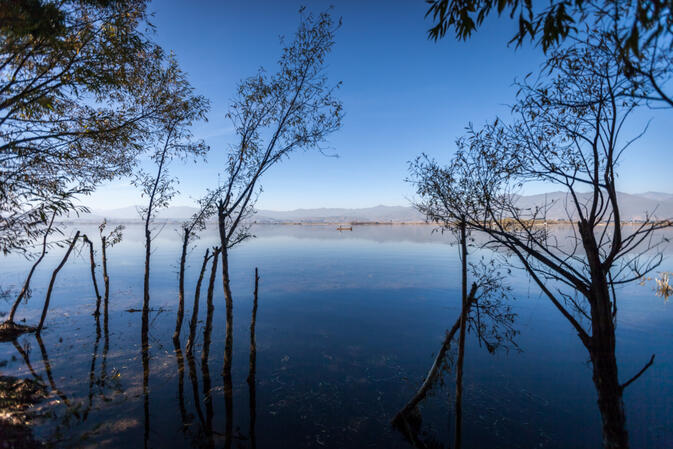 It is unacceptable for authorities to carry out the project passively, which means measures can only take place after money arrives from higher authorities, the governor said, adding that new approaches will be adopted to improve the allocation for pollution control funds. This year, Yunnan plans to spend around 18.7 billion yuan (US$2.8 billion) to support protection of its nine major plateau lakes. Those lakes — including Dianchi, Erhai and Lugu Lake — are major resources that support rich biodiversity.

However, they have been hurt by severe pollution, an effect of exploitation by the tourism and real estate industries — this according to a statement from the Ministry of Ecology and Environment made in October. The long-existing pollution problems have motivated the province to take tough punitive action against violators and has pushed the province to escalate its pollution control measures this year.

"The governor's vow to protect nine major lakes with revolutionary measures came at the right time, and will play a critical role in reducing pollution in the coming years," Yang Fuquan, a senior researcher at the Yunnan Academy of Social Sciences, said on Monday. He added the pollutants discharged from the massive hotels and other buildings were a major source of pollution for Erhai Lake, and the provincial effort to forbid exploitation could help prevent pollution in other lakes.

The water quality of Erhai Lake increased to Grade II — the second-highest grade — in November. It was the first time the lake's water quality had been raised to this level since 2015, according to the provincial environmental monitoring institute.

Let's hope it's enforced. I notice some of the hotels around Erhai are reopening.