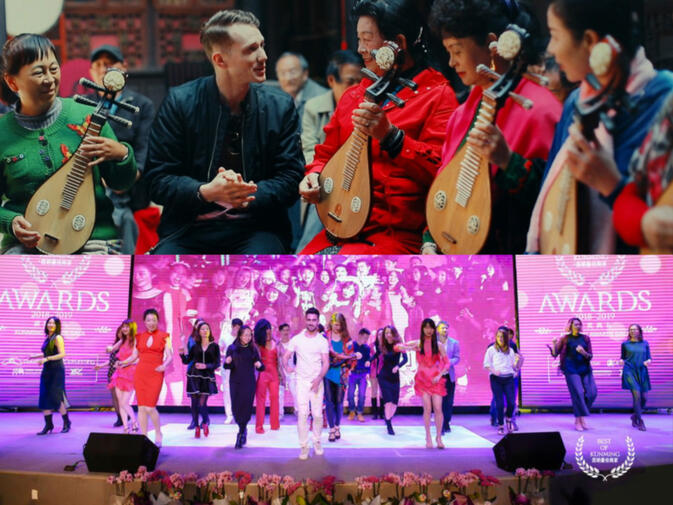 CloudBridge – Media by Design is more than simply the parent company of GoKunming. We not only build and maintain websites, but over the past year we've also begun to dip our toes in the waters of film production. The first major undertaking was our involvement in the documentary series Crafted with Purpose and making the 30-minute film Living Threads: Revitalizing Indigenous Embroidery in Rural China.

We've made several other mini-documentaries over the intervening months – all of which can be found on our Destination China YouTube channel. But the bulk of our attention has been turned toward a different venture. Following Spring Festival, we'll debut a new travel show called Yunnan: The China You Never Knew.

The 12-episode series follows entrepreneur and founder of Chengdu Food Tours, Jordan Porter, as he journeys around western Yunnan on a month-long sojourn. His travels begin in Kunming before heading to well-known places like Dali (大理) and Lijiang (丽江). But Porter also veers off the typical tourist route to explore smaller destinations like the rustic little towns of Donglianhua (东莲花) and Weishan (巍山) and the mountain passes of Shangri-la (香格里拉).

History, culture, art and Yunnan's stunning natural places become focal points of the trip, and the province's varied and deep culinary traditions play a major part as well. Along the way, Porter speaks with the locals and expats who call western Yunnan home, learning about the Ancient Tea Horse Road, the region's fascinating religious milieu and the iconic natural sites that make the province one of the most spectacular in China.

It is a show where Porter samples raw pig face, cruises the shores of Erhai Lake (洱海) on a BMW motorcycle and fishes by hand in wetlands outside the city of Tengchong (腾冲). The results are a lovingly shot video series we are on the cusp of finishing. We hope you like the teaser, and that you come back to watch the full episodes as we release them.

In case the teaser wans't enough, we've also included a video of the Best of Kunming Awards Gala 2018-2019, held on January 12. The evening was a lovely one attended by about 250 people. Thank you once again to everyone who participated, won a 'Best of' award or took home one of the great raffle prizes. Special thanks also to the GoKunming and CloudBridge – Media by Design staffs. The event wouldn't have been possible without your dedicated hard work!

Have your say! Nominate your favorites for the 12th annual Best of Kunming Awards