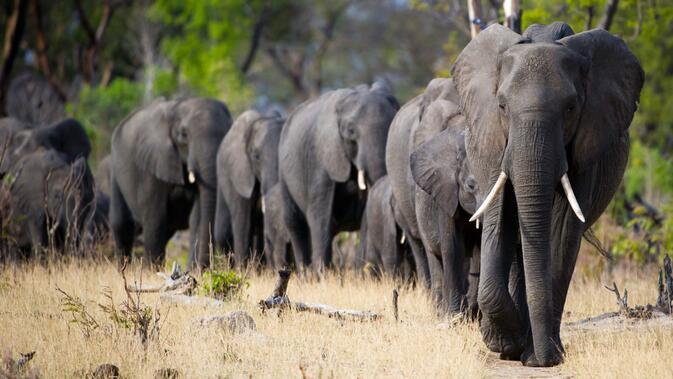 A wide-ranging law enforcement sweep of Yunnan border areas ended recently with the confiscation of an enormous amount of ivory. The operation targeted illegally imported rare animal products, with a focus on those coming from elephants. Police and local media outlets are extremely confident in the anti-trafficking measures, declaring that the ivory trade in Yunnan has "essentially been eliminated", media outlet Yunnan Net reports.

The series of sting operations began at the beginning of this year and ran through the end of May. At a June 21 press conference, representatives of the provincial forestry police displayed more than 1,900 items seized during the dragnet. The haul included at least five complete elephant tusks and hundreds of pieces of jewelry made of ivory. 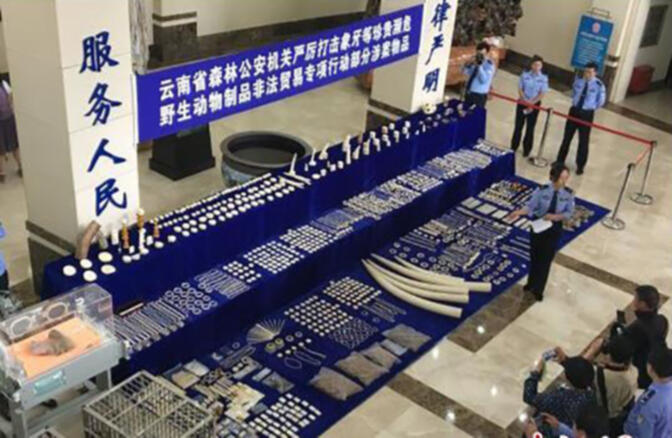 The estimated combined value of the seized contraband is in excess of 2.5 million yuan (US$390,000), according to a police spokeswoman. Much of the merchandise is assumed to be destined for wealthy collectors in the country's east. Police arrested forty-five people during the sting, charging them with a litany of crimes including smuggling and possession of banned substances.

The main focus of the operation was the "rampant online marketing and sale of ivory and other precious wildlife products" that still take place despite a nationwide prohibition. The country officially banned the trade in ivory on the final day of 2017, as Beijing faced mounting international pressure regarding the nation's involvement in roughly 70 percent of the global ivory trade.

As it is with narcotics, Yunnan is a major gateway through which all manner of smuggled plant and animal commodities enter the country. As provincial authorities cracked down on ivory over the past several months, they also seized shipments containing 1,500 other rare animal "products", alongside huge amounts of illegally imported timber from sources in Laos and Myanmar.

as with narcotics......crackdowns just make it more illicit and puts the price up, making it more desirable to trade. should go after customers as well as dealers and tattoo their foreheads, so everyone knows