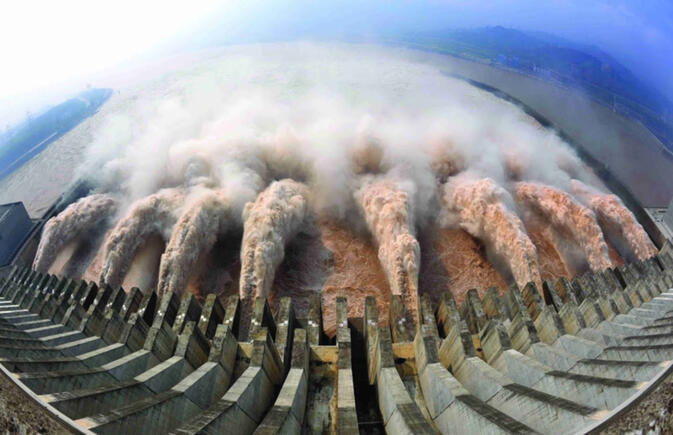 The Chinese government often refers to the country's natural areas in terms of economic value — this forest contains such and such amount of 'timber resources', or a given river has a 'potential hydropower capacity' totaling X amount of kilowatt hours. Following this line of thinking, the Yangtze River has long been seen as China's greatest economic asset.

Enormous stretches of that 6,380-kilometer-long 'asset' suffer from severe environmental degradation following decades of intense pollution from all manner of sources. This week, the National Development and Reform Commission (NRDC) — the Chinese government's gargantuan macroeconomic management agency — issued new edicts aimed at curing the river of many of its myriad ills.

Of special focus in the new NRDC report is the "uncontrolled development of small-scale hydropower" operations all along the Yangtze, according to a May 30 Reuters report. The commission has ordered authorities along the entire length of the river to conduct surveys of existing or under-construction hydropower facilities.

The surveys must include all small- and large-scale hydroelectric operations, whether they are functioning legally or otherwise. Provincial authorities in the 11 provinces, cities and autonomous regions through which the waterway flows have until June 20 to submit their reports.

The short turnaround for the surveys may be of particular concern in Yunnan, where the river flows for more than 1,200 kilometers. The province possesses the largest portion of installed hydroelectric capacity — 37 percent — of all the regions through which the Yangtze passes. Moreover, tiny unregulated dams are not at all uncommon in Yunnan. Taking them all properly into account could represent a huge headache for provincial water management officials.

That inconvenience may be the point. The NRCD report states that "small-scale hydropower [undertakings] are causing serious environmental problems that must be taken seriously." The Yangtze River Economic Belt — which is the focal point of the NRDC review — encompasses the waterway's entire drainage basin from the Pacific Ocean to the eastern border of Tibet.

The region spans two million square kilometers and is home to roughly 40 percent of China's population. It also contains many heavily industrialized areas which, when combined, are responsible for nearly half of the country's total gross domestic product. Within the belt, an estimated 700 tributary rivers flow through 50,000 dams and hydroelectric facilities of all sizes.

The new NRDC audit represents the data-collection phase of a much more ambitious project to reign in industry and clean up the environment along the course of the Yangtze. One portion of the NRDC announcement states the long-term goal of:

...promoting the execution of wastewater, garbage, chemical pollution, agricultural runoff, and tailings pond treatment projects along the course of the river. Implementation of reforestation and aquatic biodiversity conservation projects will also accelerate efforts involving shoreline protection, restoration and the safeguarding of major sources of drinking water.