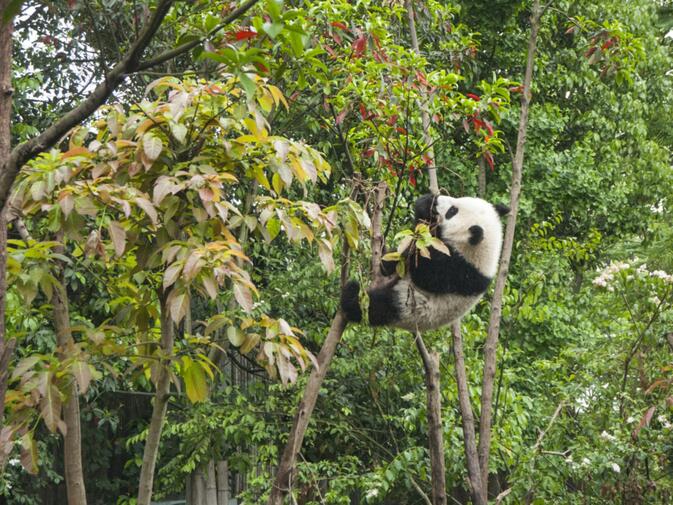 A long-term examination of giant panda fossils discovered in Yunnan points to an as yet undetermined period of species-specific chromosomal damage several millennia ago. The mysterious event led the animals to their current state of genetic precariousness, say findings published in the Chinese scientific journal Gene on April 22, website Yunnan Net reports.

The fossils were first discovered in a cave in 2005 in the Jiangdong Mountains (江东山), 30 kilometers north of the city of Tengchong (腾冲). Analyzing the remains of several 6,000 year-old panda bone fragments — including a jaw and intact skull — scientists from the United States and China compared the older DNA samples to those taken from modern-day pandas. Their findings indicate an extreme lack of genetic variability between the ancient and modern species.

The research team explains that their conclusions indicate that a type of "genetic damage" or deficiency occurred in Yunnan panda populations at some point in the distant past. This "impairment" was close to catastrophic, and led to a large-scale die-off of females of the species six millennia ago. Scientists working on the project have yet to identify how or why the genetic abnormality occurred, saying more study is needed to ascertain such data.

As a result of this damage, the giant pandas of today have "a very weak capacity to adapt". In pandas, this inability to evolve may be most obvious in the animals' slow but steady decline. Ten thousand years ago they ranged over much of modern-day central and southern China. Today, they are confined mostly to mountainous forests in western Sichuan Province.

Conventional wisdom blames the historical decline of pandas on factors including habitat loss and predation by humans. And while those two factors did exacerbate the situation severely, the new fossil findings may point to a genetic flaw that hastened a drop in population numbers before or at the same time as human-made effects.

Researcher Lai Xulong (赖旭龙), from the China University of Geosciences in Wuhan, helped co-author the report. His outlook for pandas, based on the new findings, is not encouraging. Lai told reporters, "Our research shows that from a genetic perspective, the future of pandas may not be as optimistic as people think. Conservation plans have to change, and new strategies must be adopted."