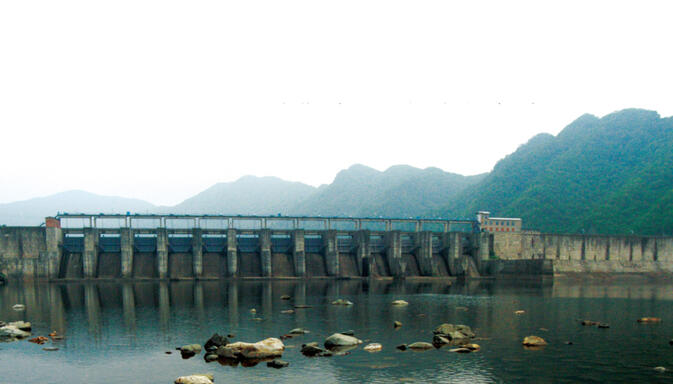 A Beijing-based NGO filed a lawsuit on February 23 against the companies responsible for developing a hydropower station near a nature reserve in southwestern China, citing numerous environmental violations.

Construction of the Huilong Mountain Hydropower Station (回龙山水电站), in Yunnan's verdant Xishuangbanna Dai Autonomous Prefecture, commenced in October 2015 and is slated for completion by 2019. But a group called Friends of Nature (自然之友) says the project has destroyed the rain forest, threatens fish, and will submerge part of the Xishuangbanna Nature Reserve.

China Resources Power Yunnan Xishuangbanna Company Limited, which built the dam, and Kunming Engineering Company Limited, which carried out the project's environmental impact assessment, are named as defendants in the case. Kunming Engineering is administered by the Power Construction Corporation of China, a state-owned Fortune Global 500 company worth US$87 billion.

"The purpose of the lawsuit is to protect the local rain forest and the fish living in the Luosuo River [罗梭江]," Ge Feng, director of legal and policy affairs at Friends of Nature, told Sixth Tone. The group has asked China Resources to stop cutting down protected plants, rectify the ecological threats posted by the dam and — along with the engineering company — pay compensation for any environmental costs.

According to Friends of Nature's own investigation, the construction site of the Huilong Mountain Hydropower Station and the land earmarked for its reservoir are full of protected plants with "high ecological value". Their report continues, Kunming Engineering downplayed the project's ecological damage in its environmental impact assessment, which the provincial-level government reviewed before giving the go-ahead for construction.

The environmentalists also note that by cutting off the Luosuo River — one of the region's last undisrupted migration passages — fish will have no way to get to and from the lower reaches of the Lancang River, China's name for the Mekong. 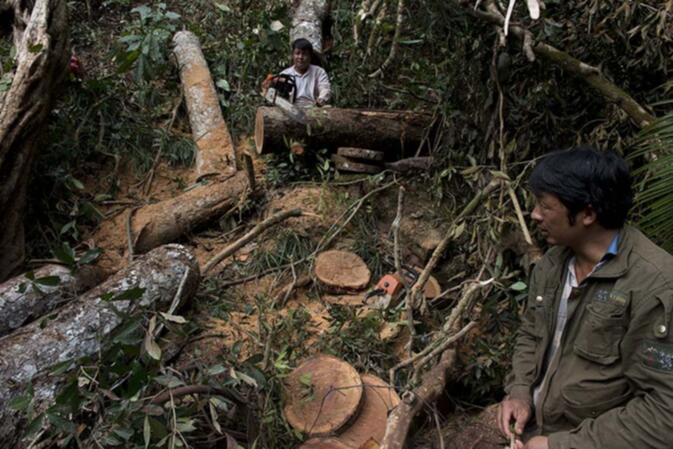 An official at Xishuangbanna's Development and Reform Commission told The Paper, Sixth Tone's Chinese-language sister publication, in January that the local government has high hopes for the dam, which it believes has the potential to irrigate fields, draw tourists, and alleviate poverty.

Hydropower has been recognized as a promising energy source and economic engine for Yunnan province, which is relatively poor, and for southwestern China in general. However, the region's rapid development of these stations has led to a "severe electricity glut" since 2012, according to a 2016 report by an engineer at state-owned Yunnan Power Grid, which oversees the distribution of electricity throughout the province.

Citing environmental concerns and the power surplus, Yunnan in July 2016 banned new hydropower plants with installed capacities below 250,000 kilowatts — 90 times smaller than the Three Gorges Dam. But the Huilong Mountain station — which has a planned capacity of only 113,000 kilowatts — was not called off because it had been approved before the ban, local officials told The Paper.

The Huilong Mountain dam first entered the national spotlight in November 2017, when it released a deluge of water after days of heavy rain filled its reservoir to the brim. The discharge flooded the area downriver for kilometers, though media reports of the consequences were scant.

Friends of Nature has filed some 35 environmental protection lawsuits, according to Ge. In August 2017, the NGO sued the developers of a dam on the Red River, also in Yunnan, on the grounds that it threatened endangered pheasants. Previously, in April 2016, the group brought legal action against three chemical companies that had once occupied the land where a foreign language school in Changzhou is now located. In that case, students had been falling ill over what their families believed to be untreated contamination. The case was unsuccessful due to inadequate evidence, but a second hearing will be held in March of this year.

Win or lose, Ge believes such legal action is an important part of China's system of checks and balances against corporations and the government. "Public interest lawsuits," she said, "are one of the most effective resources we have for pushing back against environmental misconduct."

Editor's note: The above article was originally authored by Li You. It was edited by David Paulk and first published February 27, 2018 on website Sixth Tone under the title "Environmentalists Sue Developers of Yunnan Hydropower Station". It is republished here with permission and edited to fit GoKunming's style guidelines.

Sounds like they've got a case, although I'm sure there's another side to it. One important thing, however, is that groups like this can force some transparency on a government that needs it, if it is to govern properly.

Greed.....There is too much electricity in china, yet they build this dam??? corruption.....