By Ginger MacDonald in Travel on February 12, 2018 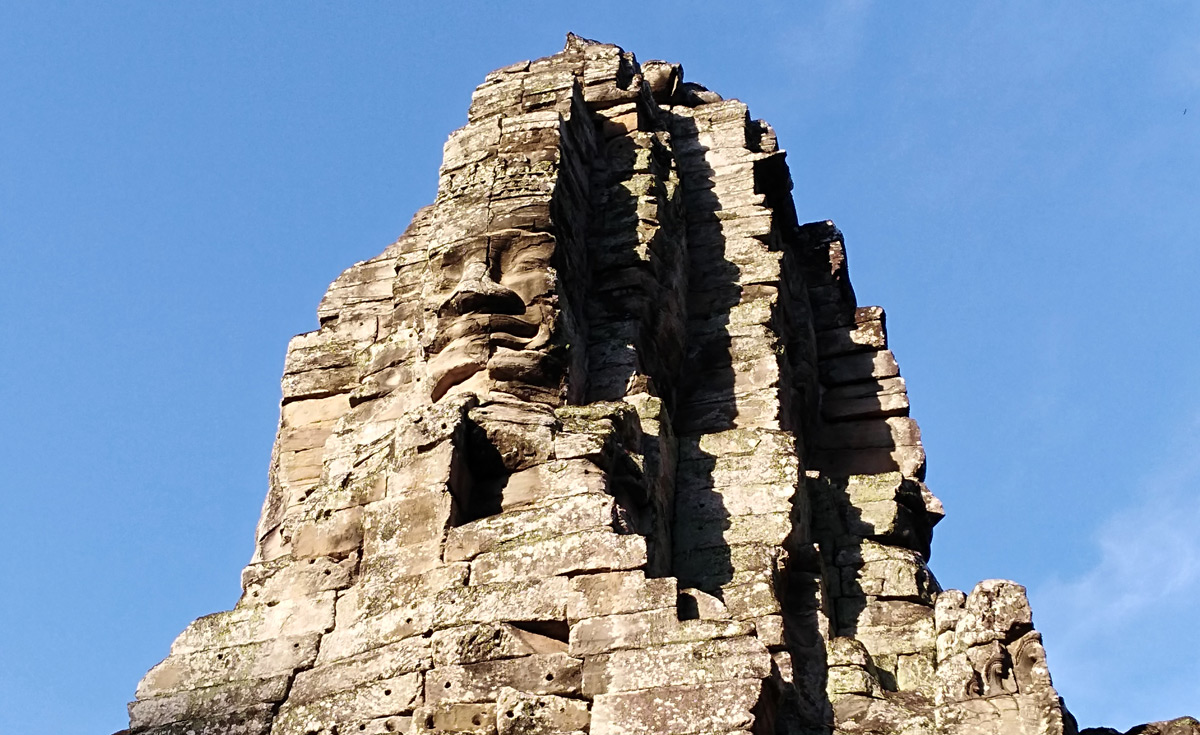 When you live in Kunming, a different episode of the Travel Channel is just a plane or bus ticket away. Some will make your parents nervous, others make you nervous as you don't know the language or what side of the road to drive on, yet all will make friends jealous when you post pictures on Facebook. But you're not a host of a TV show with a film crew. It's just you with a selfie-stick.

So it's not a lack of places that keep you from exploring the far corners of Southeast Asia, it's often the nagging question, will I be safe? Take for instance Cambodia. It's not exactly the country where a snarky single woman with a Starbucks addiction would venture alone, especially on a shoe string budget. But I did, safely and comfortably. You can, too. 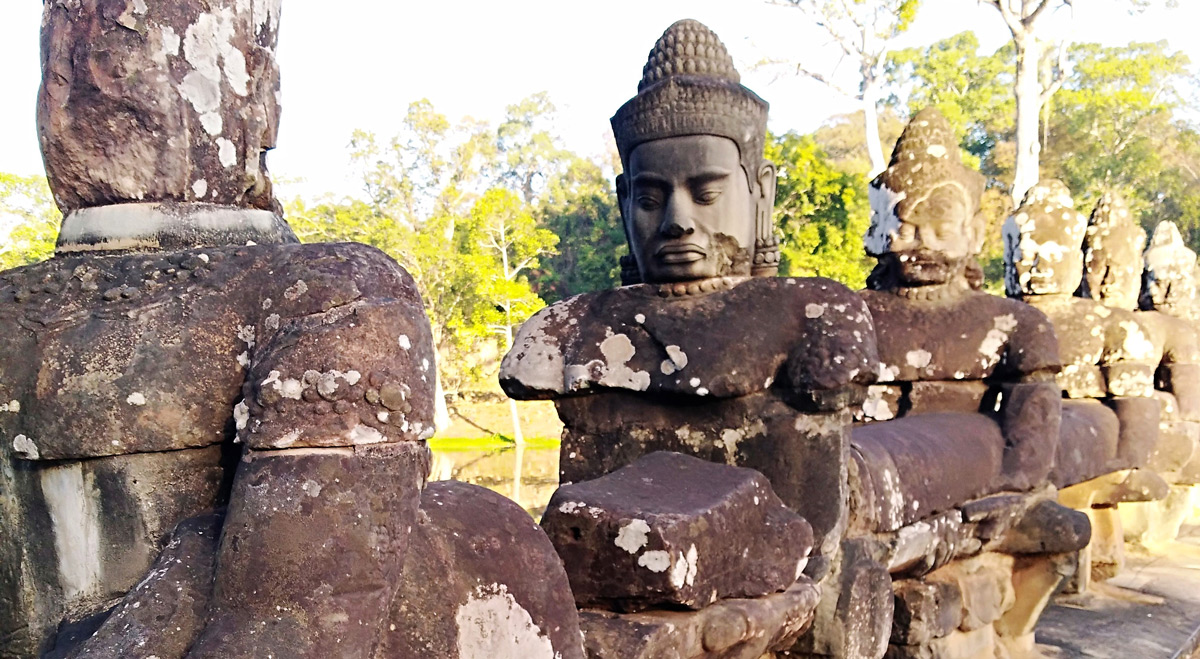 After much investigation, I found the essentials of traveling to Cambodia from Kunming's Changshui International Airport — where to get a visa, what to see, and how to get there.

While you can fly to Siem Reap from other places, there is not a direct flight as yet from Kunming. Since browsing duty-free shops is not my thing, I flew to Bangkok then entered Cambodia through the back door, taking a bus from the city's main terminal, which you can book online. You'll pass through the border crossing cities of Aranyaprathet, Thailand to Poipet, Cambodia.

Is it safe? The supersized buses with flames painted on the sides do have seatbelts. Affordable? Yes. Fast? Put it this way — only in Asia can a bus ride be longer than a flight from Beijing to Chicago. But let your eyes take it in, especially in Cambodia. The history of the country is swept under a carpet of green grass. Fields are dotted with gold-topped temples. An occasional white cow may wander across the road, causing a delay. It's a postcard in motion.

You probably don't need advice on where to snap a selfie at Angkor Wat, one of the seven wonders of the world dating back to the ninth century. Some of the temples are in a tumble like ancient Lego blocks, others overgrown with trees, all as spectacular at sunrise and worthy of getting up at 4am to see. The one-day admission ticket gets you access to an area of temples roughly the size of London.

Translation? You'll either want to rent a bike or a tuktuk driver for the day. You can even rent an elephant. However, this UNESCO World Heritage site has one major disattraction — aggressive monkeys. Keep important things on your body. Tickets aren't cheap either. A one-day ticket to Angkor Wat was more than my one-way bus ticket. 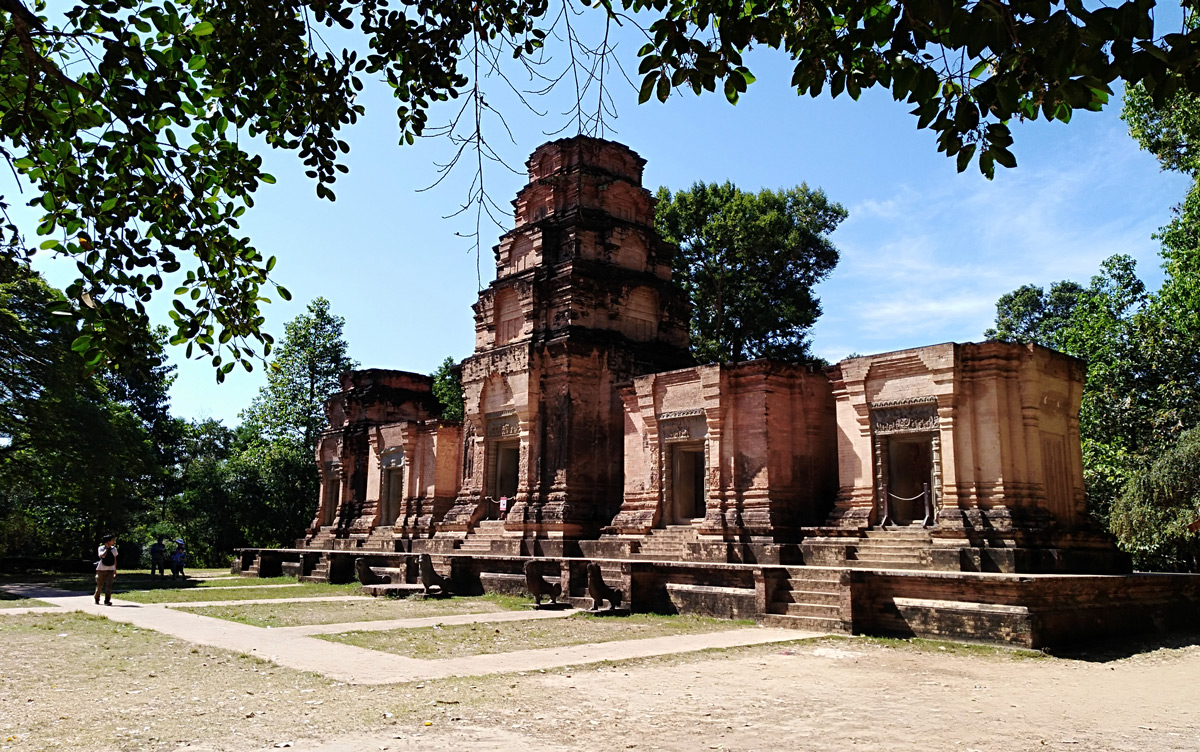 After you spend a day touring you can get a massage at a spa, dead skin nibbled off your toes by fish, or kick back with a cold beer on Pub Street. Your taste-buds can have their own expedition. Khmer 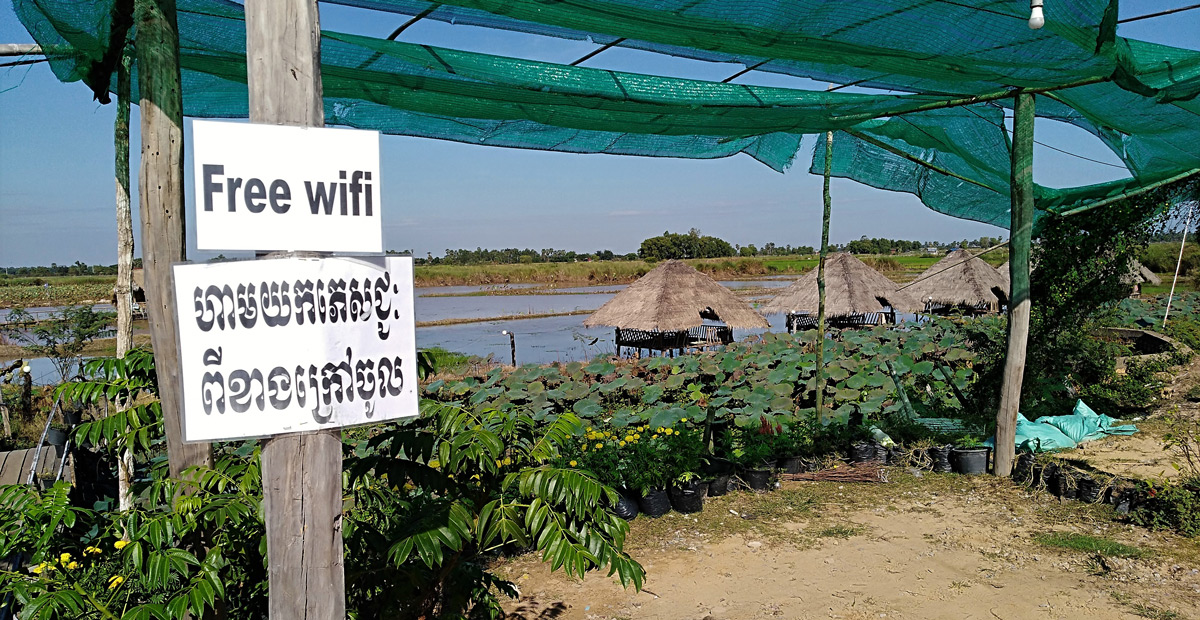 Lodging is up to you and your favorite booking website. I selected a home-stay on the edge of Siem Reap where the earth is sewn together with the heavens. The accommodations were primitive, and yet WiFi was readily available.

Note that US dollars are accepted as readily as Cambodian Riel, and that visas are available to citizens of any country both at the border and online. Print two copies and staple them inside your passport. If you travel via bus, the transportation company will help you with the border crossing process. 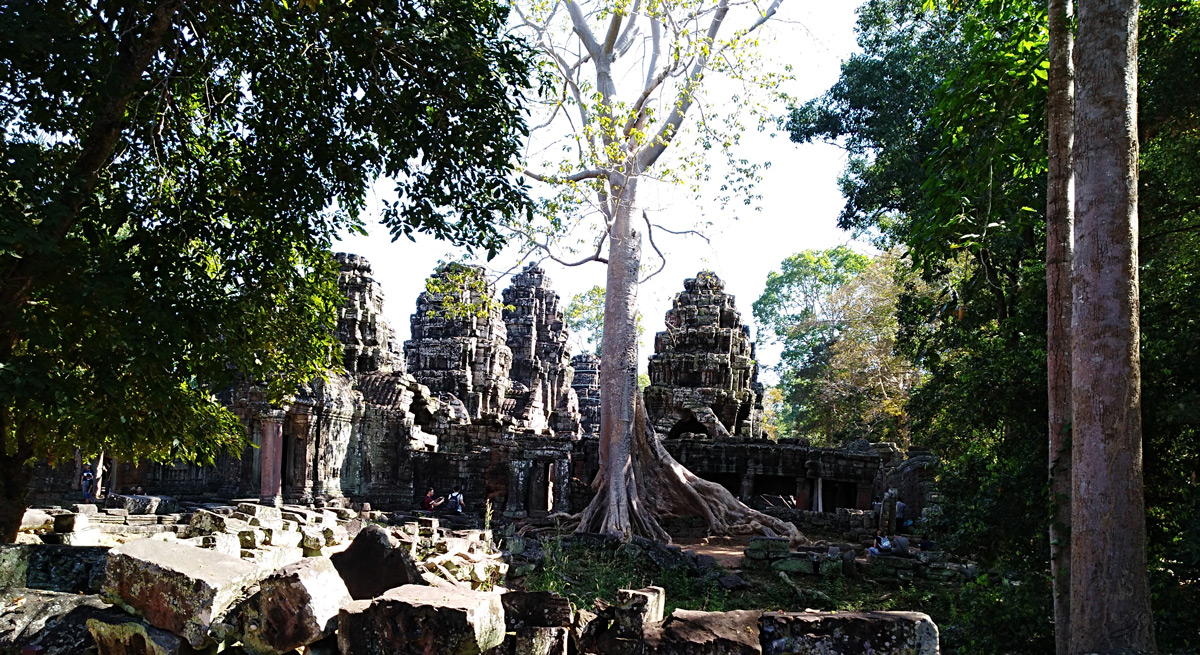 Ladies should keep in mind while visiting Angkor — or any religious buildings in the country — that bare knees, sleeveless dresses or tops are not allowed, so pack accordingly. Moreover, don't check your brain at the border. Keep valuables with you and make sure you have enough blank pages in your passport. Go to a bank or ATM to exchange money, not to the guy on the electric bike hanging out in front of the bus station.

Last but definitely not least — coffee. With a history heavily influenced by France, you will never be far away from a good cup of joe or bread that actually tastes like bread. And for Starbuck snobs? As of January 2018, there will be nine locations nation-wide, one in Siem Reap and seven in Phonm Phen a half-day van ride away.

There is a famous Chinese saying, "A journey of a thousand miles begins with a single step" (千里之行,始于足下). It also can begin with a bus ticket. 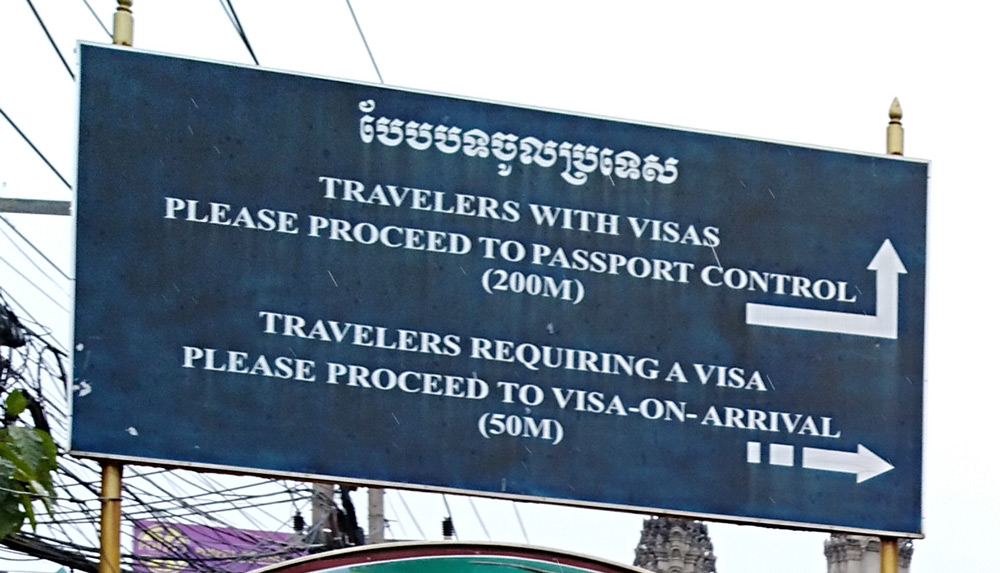 Wonderful review for the budget minded - minus the eternal bus ride portion of the odyssey. Beautiful pictures. Thank you for sharing.

I guess it depends on your circumstances. Not to downplay Dali and Lijiang, but if this is your one and only chance to see Angkor, you have to go there.

You can also take a train from Bangkok to the Cambodian border and a bus or 20-30 USD taxi from the border to Siem Reap.

My wife and I took the train, and it was quite lovely, you are rolling through the Thai jungle for most of the journey. I generally find that train>>>>bus.