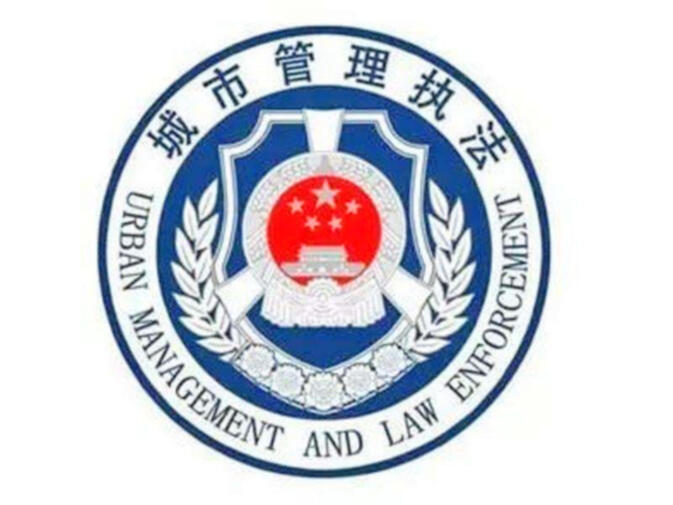 At times, Kunming's urban management officers have been caught acting like thugs, petty thieves or villains. Their overall reputation is not a good one, and rightly so, as reports of general nastiness routinely outweigh any glowing media portrayal. However, at a recent ceremony held in Chenggong (呈贡), being generally unpleasant may have become at least a bit more difficult.

Three hundred selected officers gathered last Friday to collectively display their shiny and new official uniforms. It may seem like a small thing, but the full corps of urban management officers — referred to in Chinese as chengguan (城管) — had never previously been issued matching livery.

This situation led to a mishmash of different outfits largely dependent on each specific officer's position. All told, there are 5,344 total chengguan working in Kunming. Those employed in a permanent and official capacity number 1,584 and are issued uniforms, while a part-time and temporarily employed force of 3,760 make up the rest. 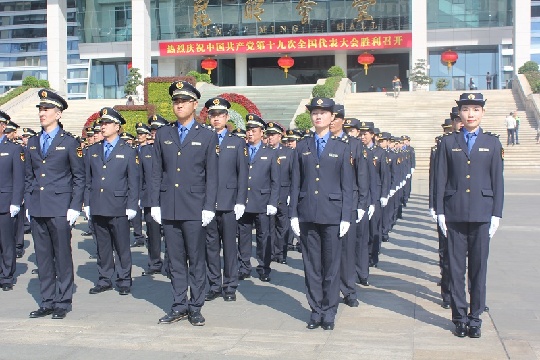 In the past, the larger, supplementary group were expected to purchase their own uniforms. Sometimes these were black, sometimes different shades of blue and, depending on whether or not the recruit could afford it, un-tailored and ill-fitting. Such conditions are now a thing of the past, as each member of the detail, regardless of full- or part-time employment, now have identical deep blue work suits and hats with lighter blue shirts.

Part of the reason for this — and it is happening nationwide — is of course uniformity and ease of recognition for the general public. But more importantly, the uniforms are targeting personal accountability. Each chengguan officer now has a dark blue suit with a personal identification number — which many previously lacked — prominently displayed on a golden lapel badge. The hope is that by being recognizable and therefore subject to both bad and good reports by average citizens, behavior will improve.

Spurred on by repeated incidents of violence, bullying and a seeming compulsory vindictiveness, the Kunming chengguan are trying to restore their reputations. It is not the first time. The uniforms and accountability represent step one, with commanders vowing to make further moves that will create a "standardized, humane and civilized urban management force".

Having seen these guys in action, I'm grateful for any restraint and accountability these changes might help with.

Good luck to them. They get a harsh press but they often deserve it. With that said, I woudln't want their job... can't be easy.

Wouldn't want to get blood on those nice shiny new uniforms.