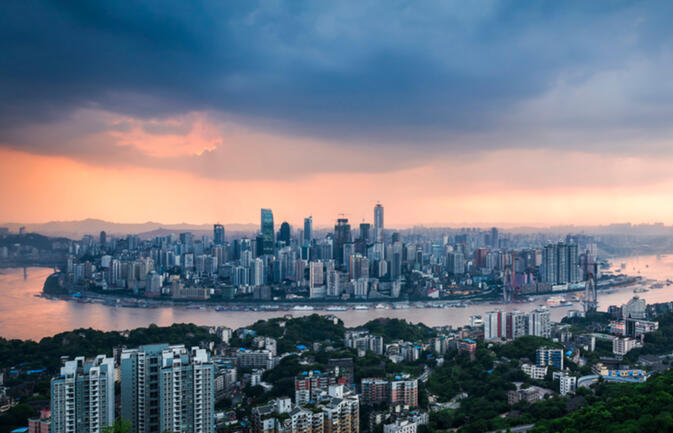 Editor's note: This article was originally titled "Work set to begin on $17 billion Chongqing-Kunming railway". Construction, however, is near completion, not just starting. We've changed the title and text to reflect the actual situation. Our apologies for the error.

China already claims one of the most comprehensive railway systems in the world, and is expected to accelerate construction of its high-speed network even further in the near term. A recent article by China Daily cites an unnamed industry insider who estimates that by the end of 2017 the country will have spent upwards of 800 billion yuan (US$122 billion) on rail infrastructure, a surprising amount of it here in Yunnan.

The province opened two high-speed lines earlier this year. One connects Kunming to Shanghai via the provinces of Guizhou, Hunan, Jiangxi and Zhejiang. The other, southern route, departs from Yunnan's capital and snakes through Guangxi before ending in Guangzhou. More railway investment money has poured in on a northern line as well, as work is expected to wrap up on the Chongqing-Kunming Railway (渝昆高铁) by the beginning of January 2018.

Expected to cover 720 kilometers and connect at least 14 stations, the Chongqing-Kunming line comes with a 117 billion yuan (US$17.8 billion) price tag. Much of that money has been spent on the time and effort needed to bore dozens of tunnels and upgrade or raise even more bridges. Just under 70 percent of the rail line's total length passes through mountains or over valleys. Despite such engineering challenges, total construction time took just five years. When complete, travel time between the two cities is expected to be around three hours. 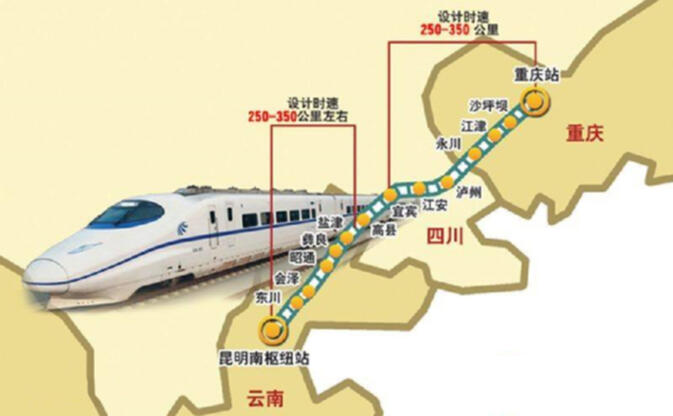 In Yunnan, the high-speed line will pass through eight stops, the majority of them in the province's impoverished northeastern prefecture of Zhaotong (昭通). The railway is also scheduled to stop at Changshui International Airport before reaching its terminus at Kunming South Station.

The railway between Kunming and Chongqing is part of a much larger national scheme called the 'Eight Vertical, Eight Horizontal' (八纵八横) plan. The long-term strategy involves creating 16 bullet train lines — half of them north-south, half east-west — to further connect China's major cities. At some undetermined point in the future, Kunming will be connected to Beijing, via the Chongqing line, by high-speed trains.

In China, enormous infrastructure projects through mountainous rural areas are often seen as a panacea for raising impoverished regions out of poverty. The architects of China's economy also argue that both Chongqing and Kunming will benefit from such connectivity as the latter grows into a hub of trade and energy distribution linking Southeast Asia with the cities of western China.

In this view, existing slower railway lines will be freed of large amounts of passenger traffic as people begin to use the bullet option. As a result, more cargo trains can be added to railroad timetables, enabling goods to flow more easily to and from ports along China's southern border. Time, and billions of yuan, will tell.

Seems to me this is a better idea than a lot of airports and air traffic.

Doesn't it cost more in terms of the planet? And not necessarily cheaper in personal cash terms either. More comfortable too, and not faster to Chongqing - 3 hours, the article says - how much time would you spend getting to the airport, boarding the damn thing, then sitting scrunched up, getting baggage, etc.?

Train is as fast and more comfortable, I mean.

Yeah right... I quoted a fast train from Kunming to Gungzhou and it's actually cheaper to FLY there, not to mention faster.

went through highspped train station super fast, no big lines for ticket or luggage scanning. done it loads a times. yeh delays might happen but i never heard of one or experienced one on the train. but delayed a lot on planes

Spartans, Guangzhou is farther away than Chongqing, but you can get to Guangzhou by train in less than 6 hours. Is the flight faster? So what?
I've observed that it's often the case that the faster you go, the less time you have.

Wow great!!! I wish they would do this between the big cities in Australia

Chongqing has just been named the fastest growing tourism city in the world:

If you live in Chenggong, it'll definitely be worth taking the train. If you live in Kunming proper, it'll take 60-90mins to get to the train station compared with 30mins to the airport.

@Haali: how long does it take to get back from the train station in Kunming once you arrive from Chongqing?

This article has been edited and changed significantly. Our original assertion that the railway was just starting to be built was wholly incorrect. It is about to complete construction and is expected to open to passenger in early 2018. An editor's note has been added, and we apologize for the mistakes.