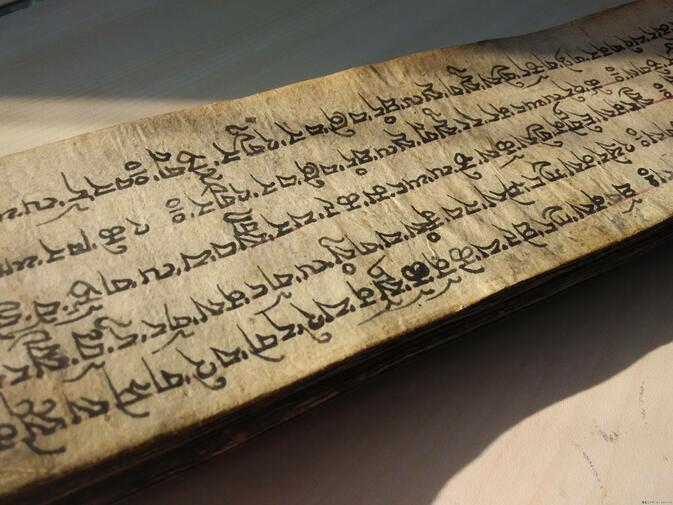 Bibliophiles from Kunming are working to restore thousands of ancient Buddhist manuscripts unearthed in a northwest Yunnan cave. The origin and discovery of the parchment scrolls is the stuff of adventure movie scripts, while the painstaking work of preservation work is expected to be a far more prosaic endeavor that could take years.

Acting on a tip from people living in Shangri-La County (香格里拉县), local officials set out in 2010 to find a cave reputedly containing large numbers of very old religious texts. The region falls under the jurisdiction of Diqing Prefecture (迪庆州), and authorities there assigned the task to researchers from the Diqing Library. They focused on the village of Nagela (纳格拉村), which sits 55 kilometers due north of the city of Shangri-la.

Eventually, after hours of bushwhacking and scaling part way up a 1,000-meter escapement, the exploratory team found its goal — a cave with the same name as the nearby town. The main chamber of Nagela Cave is large enough to house "at least 200 people", according to media reports. It once overlooked "one of the two main north-south roads connecting northwest Yunnan to Sichuan", and featured a siege tower thought to have been erected during the early Ming Dynasty. A fortified brick wall also once encircled the entrance.

When library officials arrived seven years ago, they found some remnants of the wall still standing. However, the tower and earth embankment leading to the cave were both long ago washed away by rain and landslides. The interior of the cave was fairly intact, and researchers discovered 20 smaller chambers over their nine days spent researching the site. 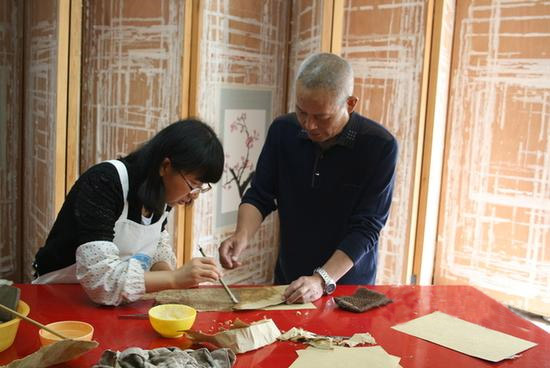 During that time they found 7,000 individual paper documents, most thought to relate to Tibetan Buddhist theology and cosmology. Academics believe the scrolls were hidden away inside the cave during times of war or upheaval. However, these assertions have yet to be historically verified — a process that may come down to the scrolls themselves.

Back at the Diqing Library, local scholars realized they possessed neither the expertise nor the equipment to properly examine the new-found manuscripts. Many of the paper relics have been badly damaged by water and mold over the intervening centuries, so they were shipped to the Provincial Library in Kunming for safe keeping and some eventual tender loving care.

Fast forward seven years to September 20, 2017, when 32 Kunming book lovers graduated from an ancient books preservation master class held by the library. Conducted by Yang Liqun (杨利群) of the National Ancient Texts Restoration Center in Beijing, the seminar showed volunteers how to repair old documents in need while identifying and attempting to preserve those beyond mending.

The students were taught several preservation methods, including one called loss filling, which is used on a variety of paper types to "to restore aesthetic unity and structural integrity to an artifact by replacing lost parts". The 32 volunteers are the fifth group of students to complete the class. The work ahead of them is expected to take years, as have similar efforts to conserve Yi minority texts conducted by previous course graduates.

The details of how exactly Tibet interacted with the Chinese empire during the Ming Dynasty remains an open question today. But perhaps the new trove of scrolls from a lonely Shangri-la cave contain some answers. It is up to a very dedicated group of Spring City volunteers to help scholars find out.

Thanks for this one - sounds like a large, extremely interesting source.