By Mascha Menzel in Features on September 18, 2017 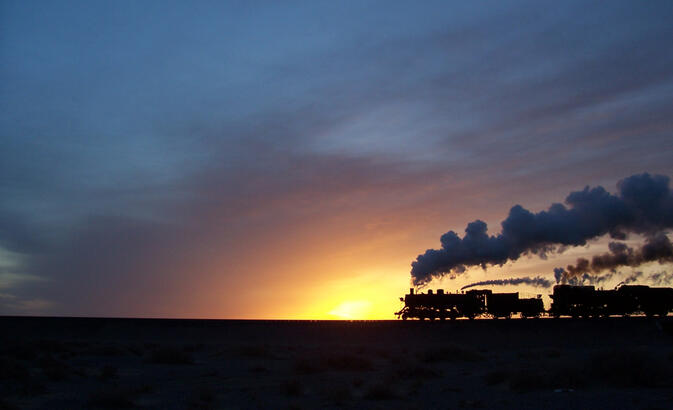 It's a well-known and frequent practice in storytelling — have different characters in different places, times or even dimensions be connected, have their fates be intertwined with or without the characters' knowledge. In the film The Sun Also Rises (太阳照常升起), director Jiang Wen (姜文) makes use of this tradition in an interlace of three different story lines.

These disparate plots include the tale of a mother who nearly loses her mind and the son who tries to keep her safe. The second story arc involves a good looking teacher who's lusted after by a friend's mistress and who is also accused of being a pervert. Meanwhile, the friend with the mistress goes hunting in the countryside, only to be cheated on when his wife has an encounter with the son from plot number one. These connections are all completely abstruse until the very end of the film, when they all come together in a strange, dreamlike sequence.

The movie is based on the short story Velvet (天鹅绒), by author Ye Mi (叶弥). Director Jiang creates a visual feast in his adaptation, replete with vibrant colors and outstanding performances by the entire cast. Released back in 2007, the movie was screened in competition at the Venice International Film Festival and nominated for the Golden Lion award. It lost out to Ang Lee's Lust, Caution. Later, writers at the the 2007 Toronto International Film Festival called Wen's directorial performance a "new aesthetic of magical realism, [defying] the gravity of linear storytelling to produce sheer visual poetry". 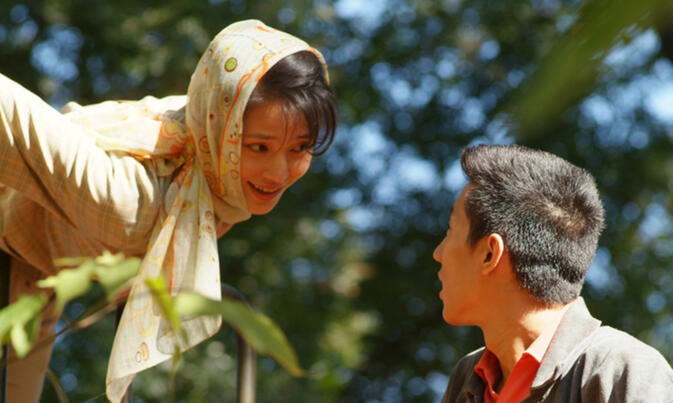 Plot number one: A disturbed mother

The film opens with a just risen sun, with a single mother — portrayed by Zhou Yun (周韵) — in an unknown town in Yunnan in the Spring of 1976 leaving her house. She has just woken up after dreaming of a pair of embroidered slippers showing a fish with yellow whiskers. She later buys this exact pair from a local shoe store and treasures it for the rest of the film. She climbs tall trees with agility and seems devoted to driving herself and her adolescent son crazy with riddles.

The odd introduction is made more strange as it is peppered with references to fractures. This is true whether it's the abacus the mother so violently throws to the ground — shattering her son's heart in the process — or the broken teapot that she smashes in a fit of consuming madness, or the shattered mirror on the wall of their home that is unable to reflect whole faces anymore.

The theme of broken things extends to the stories she tells her son. They are about the boy's father, and stand out due to their incompleteness and formlessness, as do the letters from him she burns in a fire. All of these things, to the mother, are useless and lacking logic, but they all connect with her obsession of trying to fix what is broken.

The second story takes place in the summer of the same year, when a character called Old Tang — portrayed by director Jiang Wen himself — in the east of China, discovers his mistress, Dr Lin, lusts after local teacher named Xiao Liang. During a public movie screening, teacher Liang is accused of molesting a handful of women and Dr Lin volunteers to prove his innocence. It then becomes clear that her intentions are rather selfish and the sequence leads to a very unexpected ending.

Later, during autumn, Old Tang travels to Yunnan with his wife — portrayed by Kong Wei (孔维) — to hunt. As they arrive, their driver — who is the mad mother's son from plot number one — is called to the river by local kids to see his mother's slippers and clothes floating down the river. The scene picks up the end of the film's first sequence and remodels it into the beginning of the third. Here, velvet becomes a key symbol in the film, simultaneously standing for life and death. When Old Tang later finds out about the on-going affair between his wife and the crazy mother's son, he gives the teenager a shotgun ultimatum, "Remember, the day you next see velvet is the day you die." The last sequence closes the circle and ties together the disparate threads connecting all of the major characters. In the Gobi Desert during the winter of 1958, the viewer sees two women riding white camels together. It is the addled mother and Old Tang's wife. While riding they come across a road sign pointing in two opposite directions. One sign points to a destination called "The End", while the other points towards "Not the End".

What then follows is a glimpse into the addled mother's past and a sequence seemingly relieved of the laws of time and space. All of the characters come together in a wild, drunken spectacle and the film concludes with the disturbed mother giving birth to her son from on top of train tracks and into a bed of flowers. less a review and more just telling the whole story

I don't see this film listed as playing now. Has it come and gone, or did you see it as a video release?

Released in 2007. You should be able to find it on DVD very easily.