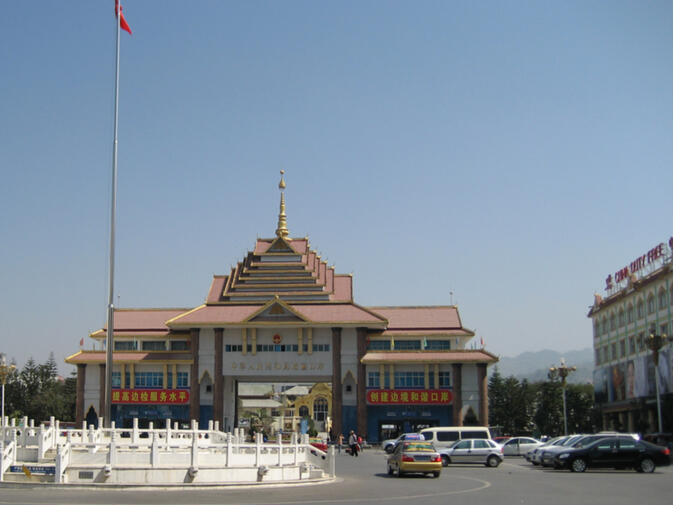 Bilateral relations between China and Myanmar have hit another bump in the road. For years the neighbors have maintained sometimes rocky ties due to disagreements over infrastructure projects, misplaced bombs and refugee situations. Last week China added frozen assets to this running tally, as state-owned financial institutions placed holds on several hundred bank accounts belonging to Myanmar merchants.

The freeze was first put into effect June 15 by the Agricultural Bank of China, China Construction Bank and the Industrial and Commercial Bank of China. At least 336 — and by Chinese reports over 1,000 — people have been affected. Chinese news sources claim more than US$29 million now sits unusable in the accounts of people Beijing "suspects of online gambling, money laundering and smuggling."

The Burmese government countered that dozens, if not hundreds, of legitimate businesspeople operating out of the Burmese border town of Muse can no longer access their bank funds. Myanmar's minister of commerce, Than Myint, held meetings with representatives from the Chinese embassy to voice his country's displeasure, according to a report by Radio Free Asia.

Muse sits across the Shweli River from the Chinese port city of Ruili (瑞丽). Official statistics compiled by the Chinese Ministry of Finance show that more than 70 percent of all cross-border trade between the neighboring countries is conducted through these two towns, and both Ruili and Muse maintain long-held reputations as dens of iniquity.

The area represents China's southwestern-most outpost, while Shan State — or which Muse us a part — is an enormous administrative zone only nominally under Naypyidaw's control. Jade and other precious stones, illegally logged timber and opium grown in the Golden Triangle make their way into China from Muse. And until relatively recently, Chinese businessmen were apt to venture to Muse to dine on endangered animals, gamble to their hearts' content and spend their evenings with prostitutes.

Both countries have worked to cut down on such activities, but the border situation remains in flux and poorly patrolled. Thousands of refugees routinely flee to China when Burmese civil wars flare up, and cross back again as soon as the fighting diminishes. On a daily basis, a stream of schoolchildren, migrant workers and businesspeople cross both ways.

The intricacies of taming the Ruili-Muse border are nebulous at best and have a tendency to affect the overall mood of China's relationship with Myanmar. Geng Shuang (耿爽), a spokesman for China's Foreign Affairs Bureau, attempted to assuage fears that the frozen Muse bank accounts would cause any long-lasting tension. Although the situation remains unresolved, he explained to reporters, "this will not harm bilateral ties between our two countries in any way".

Another media reported the affected burmese (i.e. whos accounts were frozen) brought in bigger officials to negotiate with the Chinese. What it basically means is that the smaller maffia guys brought in their maffia bosses to explain all is fine and legal. What did they explain? The money was made by selling corn starch in border trade, and all has been declared legally :)