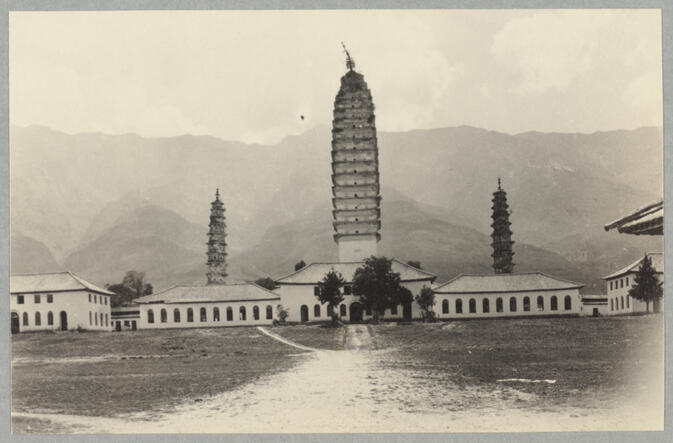 Three pagodas with buildings and mountains behind May 4, 1922

"The San t'ah or three pagodas The small pagodas are seven-sided, about 7 feet wide on every side."

For the next several months GoKunming will publish a series of articles featuring photography by Joseph Francis Charles Rock, the Austrian-American author, geographer, linguist and botanist who explored western China extensively in the 1920s and 30s. We'll begin in southern Yunnan and then make our way north and then west, seeing what caught Rock's fancy as he moved through the countryside.

Rock's photo titles are often extremely brief, so, wherever possible we will include his field notes or parts of corresponding diary entries under each image. We first went to Simao (思茅) — today called Pu'er (普洱). Our second destination is Yunnan's Dali (大理), a city today synonymous with tourism. Rock visited the region in April and May of 1922, taking pictures of street scenes, people, an annual fair and the gorgeous surrounding landscape and buildings.

Rock's photo titles and descriptions use a Romanization system he possibly invented on his own. For instance, he often writes 'Dali' as 'Talifu', while in other places the names are inconsistently spelled. We can forgive him, as his photos provide an amazing view of southwest China as it existed 90 years ago. The pictures and text are published here unaltered, with special thanks to the Arnold Arboretum Horticultural Library at Harvard University for graciously allowing us to use them. An enormous collection of Rock's China photos are available at Harvard's Visual Information Access database. 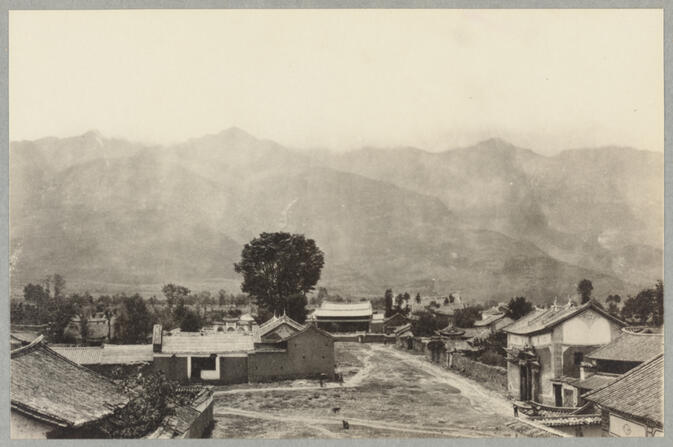 Buildings of village including mosque at base of hills May 3, 1922 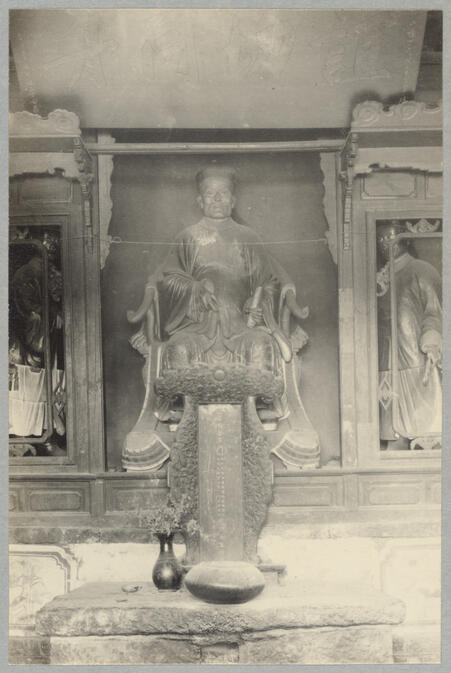 "Image of the famous General Yang of Talifu in the temple of Kuan. Halfway between Hsai Kuan and Talifu." 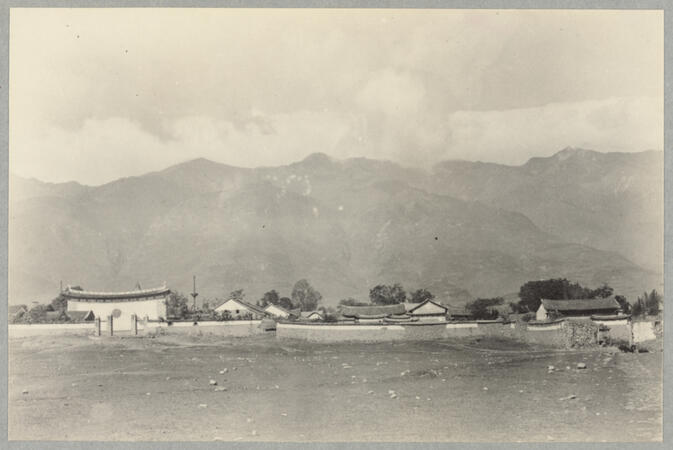 "The Tsangshan range back of Tali, from the parade grounds." 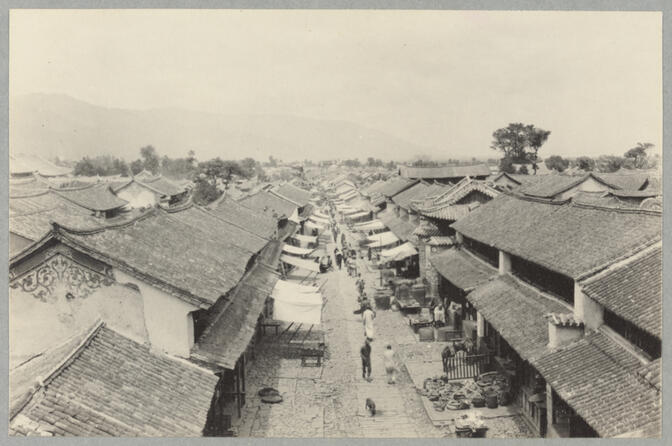 "The main street of Talifu looking towards the north gate." 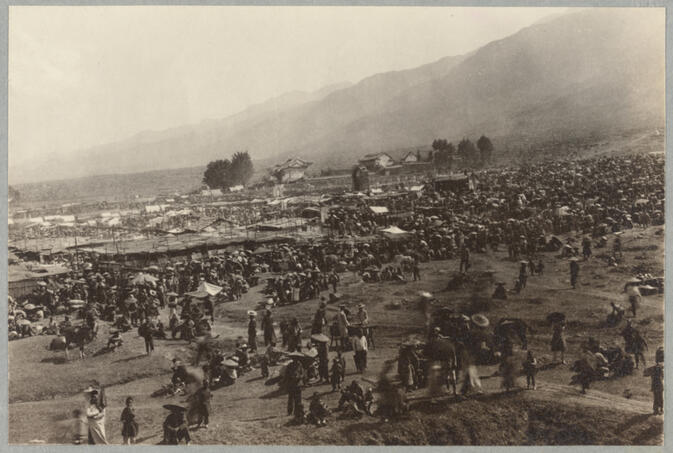 Crowd of people at fairgrounds from above April 15, 1922

"The Talifu Fair held once a year on the plain of Talifu." 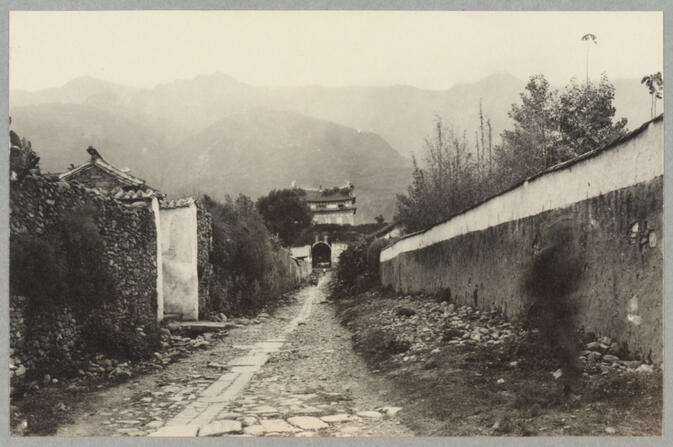 "The west gate of Talifu with the Tsangshan range in the background." 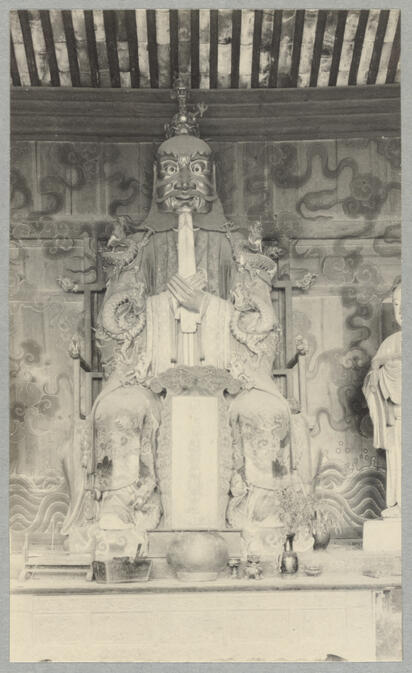 "The dragon king of Erh hai Lake in a temple near the lake. E. of Talifu, Yunnan, China." 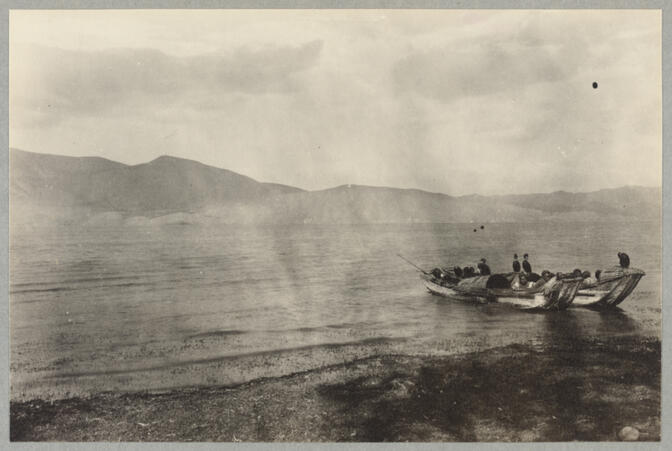 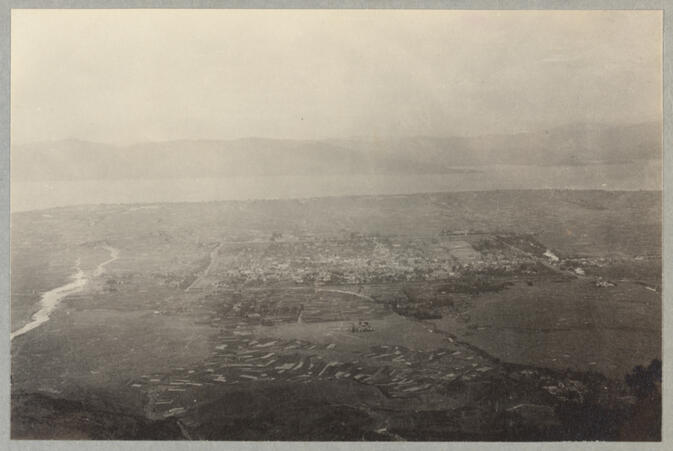 "The city of Talifu and Erh hai as seen from Chung Ho shan Temple." 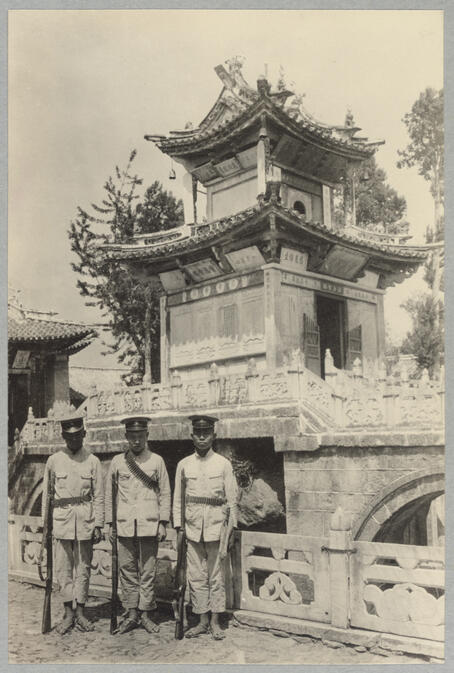 "Three soldiers, part of my escort from Meng Hua Ting to Talifu." 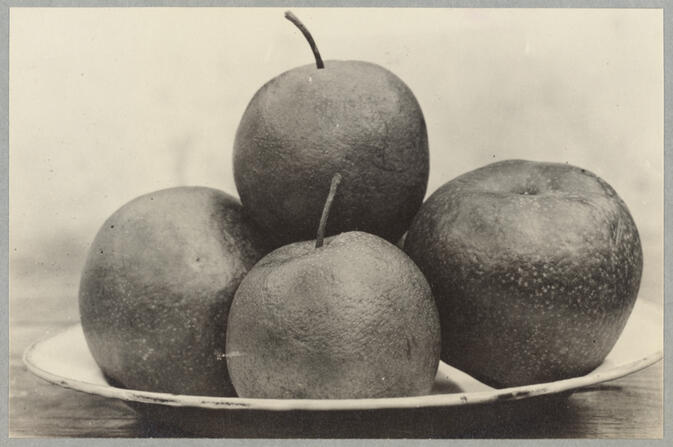 "The Tsangshan range as seen from my camping place, the military parade ground. The Tali bell tower is seen to the right." "The large pagoda of the San Tah ssu, 3 li from Tali." "Wu hoa lu, the bell tower of Talifu. It is the inner gate of Tali leading in to the main street." "The Siamese crowd who went with me from Chiengmai to Talifu." "Two of the San t'ah or three pagodas." Crowd of people at fairgrounds April 1922

"People at the Tali fair held on the plain and lower slope of the Tsangshan range, outside the west gate of Talifu." Abies Delavayi and Rhododendron sp. China (Yunnan). Slope with shrubs and a few conifers at the foot of a cliff April 22, 1922 "Entrance to the Kuan in tan or Kuanin ssu, halfway between Hsia Kuan and Talifu."

Note the similarity of the next-to-last photo to the type of composition you see in traditional sjan-shui (mountain and water) style of Chinese painting - I'll bet Rock thought of that when he set up the photo.
I don't think it's necessary to be a Western exoticist or orientalist of the old and somewhat insulting 'gosh what a wonderful thing these foreigners have managed to produce' school of thought (a bit similar to the 'wonderful minority cultures' syndrome among Han Chinese) to suggest we compare these interesting and fine photos of Dali to all the commoditized, commercialized tourist crap that has taken over Dali, and many other interesting places in Yunnan, over the past 20 years or so. 'Progress' is always just great, isn't it?

This is awesome! Whose idea was it to request permission to publish these alluring photos on GKM? Excellent idea. I would suggest the book "The Paper Road" by Erik Mueggler for anyone interested in the plant hunters of the early 1900s or Joseph Rock particularly. www.ucpress.edu/book.php?isbn=9780520269033

Looks like his view finder was leaning to the left. More notisable in the Dali pics then in the Simao pics