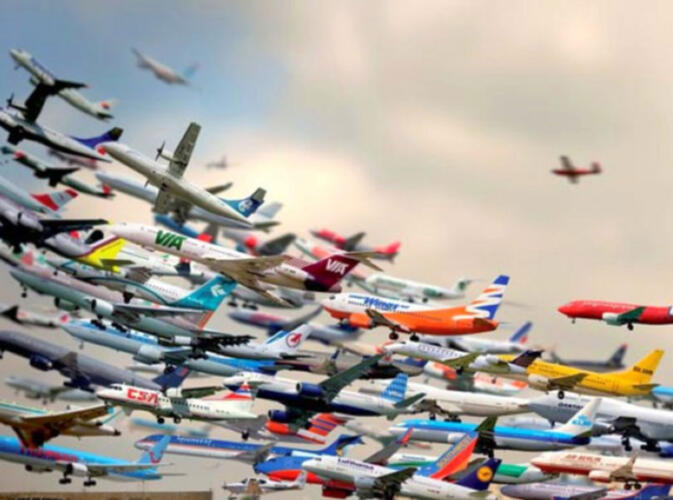 Last year at an aviation conference held in Yunnan's Dehong (德宏), provincial planners painted with broad strokes the outline of a program that could one day see Yunnan in possession of 50 airports. More details became available this week, as the Kunming municipal government unveiled a pilot program funding the construction of small auxiliary airports designed to spur private jet use and un-clutter the airspace around Changshui International.

Four new satellite facilities are scheduled to finish construction over the next three years. They will be located in Anning (安宁), Dongchuan (东川), Gaoxinqu (高新区) and Jinning (晋宁), all of which fall under the municipal jurisdiction of Kunming. The planned airport in Anning is slated to be the largest of the four, with the other three covering less ground and providing fewer services. While news reports concerning the airports are rife with revenue projections, no cost analysis has yet been made public.

Anning Aviation Town (安宁航空小镇), when put into operation, will cover 3.5 square kilometers and contain one runway. In addition to receiving small jets and private planes, the facility will house a plane repair center, a flight training school, an avionics research center and a landing pad designed for helicopters and large drones.

Other uses for what are often referred to as 'general aviation airports' (通用机场), include providing storage and maintenance for privately owned and corporate planes and hosting air shows. Additionally, such airfields typically house planes that can be used for aerial surveillance and mapping, scientific research and the spraying of pesticides.

The flurry of runway-building around Kunming is an initial step in a larger scheme to limit flights into Changshui International Airport. Already the fifth busiest passenger airport in China, Changshui will continue to handle large commercial jetliners and air cargo shipments, but by 2020 be relieved of the ancillary duties mentioned above.

If the new airports are considered a success, other large cities in Yunnan will reportedly follow suit and build general aviation centers of their own. The province currently has ten registered private jet companies, which provide flight services for corporate entities and wealthy individuals. That number is expected to rise, pushing the demand for runway space and furthering China's goal of building small-scale airports in each of the country's 2,800 counties.

crazy, it will just generate more airtraffic overall. the general congestion and air traffic control problems of 2800, even small airfields are tremendous. just becasue we can have big data to control this stuff does not mean it is good.

Can't see how we need any more airports.