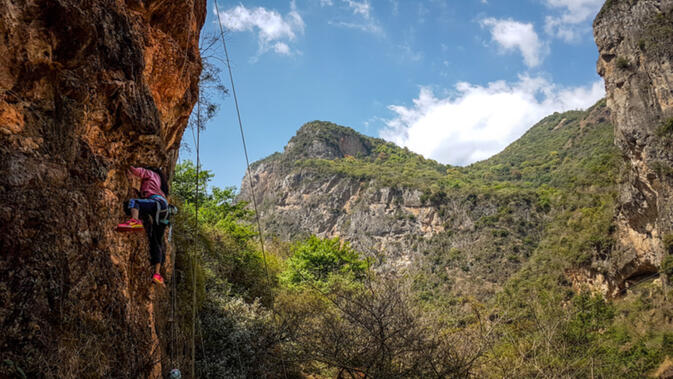 Over the weekend of April 8, a group of extraordinary children got the opportunity to do something special. Stepping off the bus into the blistering sunshine, they stared up at the rocky pink, brown and yellow cliffs of Fumin Gorge (富民峡谷) just to the northwest of Kunming. The kids are there to scale those vertical walls using little more than ropes, hands, feet and some bravery.

They come from around Yunnan and Guizhou and vary in age between 9-14. All of them, no matter the age, have something in common. They are the children of migrant workers — mostly the sons and daughters of laborers — but also orphans or kids from single-parent families. How these children came together for rock climbing is a cooperative effort first begun by Kunming-based charity organization Heart to Heart Community Care (益心青少年事务社会工作服务中心) and Salvador's Coffee House a few years ago. 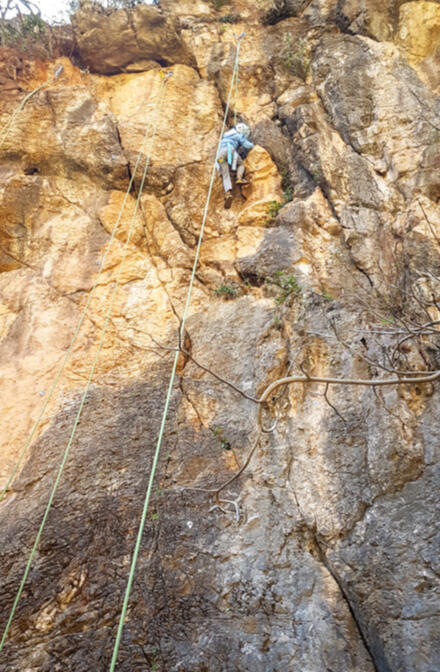 Heart to Heart provides outreach and services to hundreds of workers and their families who have moved to the Spring City from the countryside. In order to address the issues currently facing many migrant worker families, Heart to Heart often collaborates with other local and international organizations, including schools, the Yunnan provincial government, local police stations and also the help of many volunteers.

Some of the work involves education, but on days like the one that found everyone in Fumin, special activities stressing exercise, the appreciation of nature and most of all fun, are organized to give the children something adventurous to do. The group visiting Fumin are exuberant, tireless and enthusiastic. Their first priority is to listen to a quick lecture on nature preservation, a talk given jointly by Ding'er Mao, owner of Let's Have Fun Trampoline Park, as well as Dan Siekman and Colin Flahive, co-owners of Yunnan natural foods company Dali Bar.

The kids are told that littering is not allowed, and that when they come to a spectacular natural area like the Fumin Gorge, they need to leave it in better shape than when they found it. This requires them to pick up trash and pack it out before they leave, even, they are told, if the trash came from someone else. They nod together in understanding.

Under the guidance of local and foreign volunteers in Fumin, the 17 kids divide up into two groups. One group goes on a hiking excursion along the swollen Tanglang River (螳螂川) and up into the surrounding hills, guided by two foreign volunteers studying in Yunnan on a gap-year program. Meanwhile, the other group gets set to start rock climbing. For many it is their first time, while others, including two middle-school aged sisters, have been climbing multiple times around Kunming and as far away as Lijiang. 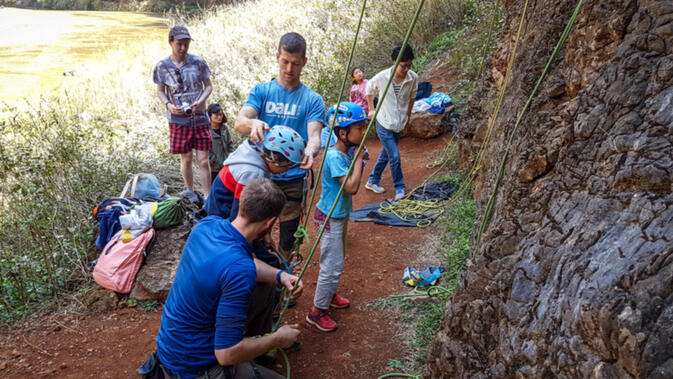 Regardless of skill level, the Dali Bar and Let's Have Fun volunteers explain how rock climbing works, stressing the fundamentals of safety — don't stand below climbers, don't step on the ropes and other gear, your legs are always stronger than your arms, tie knots this way, yell encouragement and have fun.

Each child is given at least two turns to climb the wall. Four 10-15 meter routes of different difficulties are set up, and some of the kids scurry fearlessly up the rock face like they were born to do it. Others struggle mightily. Generally those waiting on the ground for their turns are helpful, although there are a few outbreaks of laughter when someone gets stuck in tough place or admits they want to come down because they are afraid. 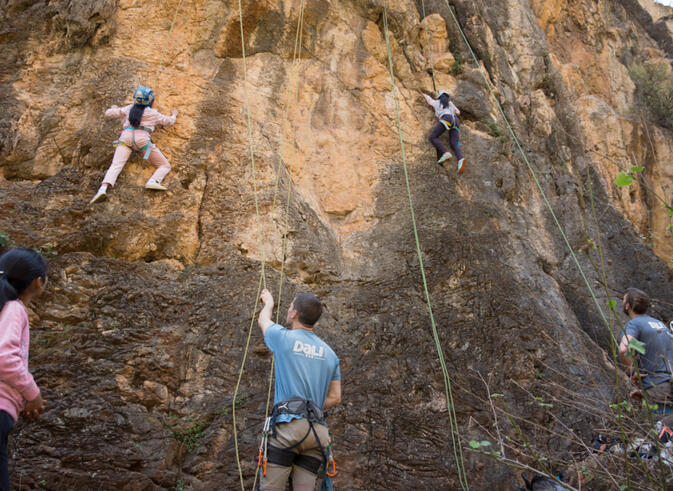 The weather is absolutely perfect, and the kids who first went hiking return in rowdy anticipation of climbing. The two groups switch activities and the entire process is repeated. Snacks are a constant throughout the morning, and everyone pays close attention to drinking enough water and picking up their trash.

The excursion lasts about four hours, and for both the kids and volunteers, it flies by. Everyone packs up and prepares to leave by taking group photos and saying goodbyes. But just before it was time to hike 500 meters back to the waiting buses, several of the kids said they had a surprise. Kneeling in the grass by the river, seven of them serenaded the collected adults with a thank you song. It was the end of a pretty perfect day.

If you would like contact Heart to Heart to donate or volunteer your time, they encourage people to get in touch by following their WeChat public account. Search for '益心为儿童'. Organizer Huang Fengyi (黄凤仪), who speaks excellent English, can also be reached at 13518727042. Organizers of the climb in Fumin would also like to thank Now Climbing Gym for donating children's helmets and harnesses for the day. 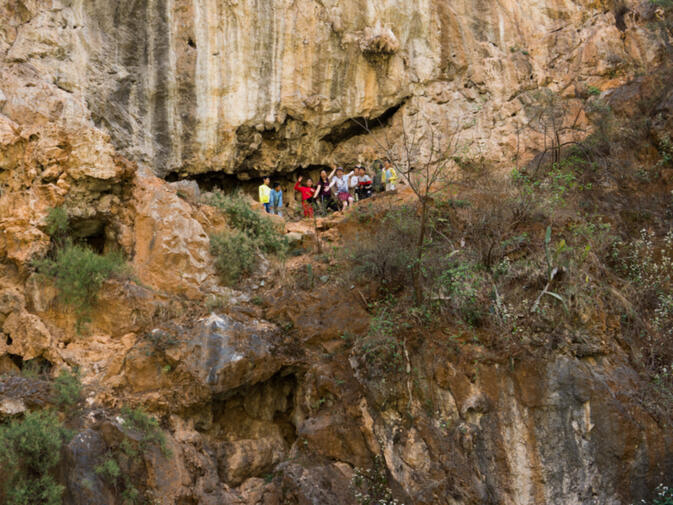 Must have been fun!

This story really cheered me up, good on everyone involved in giving these kids a fun day out and teaching them to pick up litter.

Great story. Glad those kids had some outdoor fun.