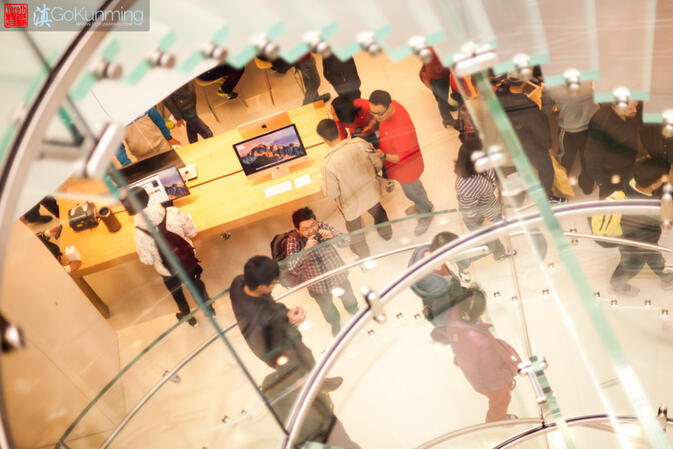 It may appear that everyone in Kunming has an iPhone, but the international behemoth is actually losing market share across the country. In an effort to halt this slide and expand into new markets in China, Apple is launching official stores in cities and provinces that have never had them. Such was the case on the morning of January 21, when the company opened its first ever store in Yunnan.

That this is the consumer electronic giant's first officially maintained store anywhere in the province is not without irony. In Kunming alone there are dozens, if not hundreds, of stores that appear to feature authorized branding and whose layouts and architecture mimic 'real' stores elsewhere in the world down to exacting detail. 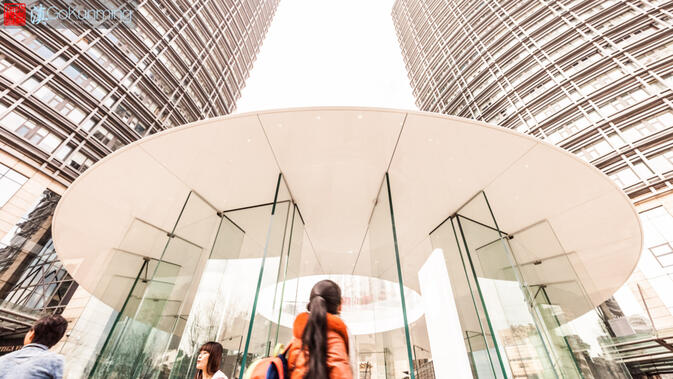 The prevalence of such retail outlets saw American blogger Birdabroad make international headlines back in 2011 when she wrote about her experiences at seemingly genuine Apple stores in the Spring City that were in fact not related to the company in any way. GoKunming even wrote a spoof article for April Fool's Day about the phenomenon.

None of this, however, slowed interest for the grand opening of Apple's first legitimate Yunnan store. Doors opened at the Shuncheng Plaza outlet in downtown Kunming at 9am, with a crowd of several hundred on hand to witness and take part in the event. 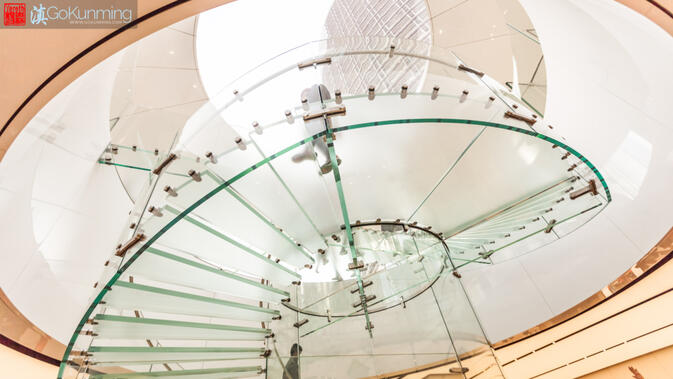 For Apple executives, such enthusiasm must come as a reassuring indicator, as they have witnessed sales of their phones plummet to less than 11 percent of the total Chinese market. The mainland smartphone market is now dominated by four domestic producers — Huawei, Vivo, Oppo and Xiaomi — with iPhones placing fifth, according to a Bloomberg report.

To dramatize the opening, a giant black tarpaulin had been draped over the round iron and glass facade of the Kunming store for several days leading up to the reveal on Saturday. Modeled on some of the more innovative and ostentatious architectural designs of other branches in China, the Spring City version opens onto a stairway leading underground to the actual showroom. 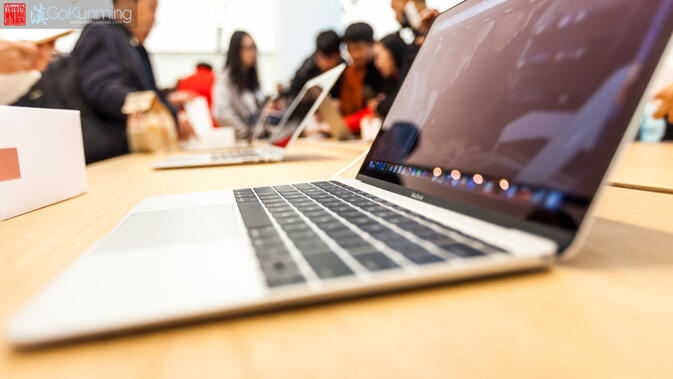 The Kunming location is at least Apple's thirty-ninth mainland shop. The vast majority of others are clustered along the east coast in megacities such as Shanghai and Beijing — which have five and seven respectively. Shuncheng Plaza managers hope to raise the mall's profile further as a high-end Spring City shopping destination. A Shuncheng employee surnamed Dong told GoKunming she believes Apple's arrival will encourage other international brands to set up shop nearby. 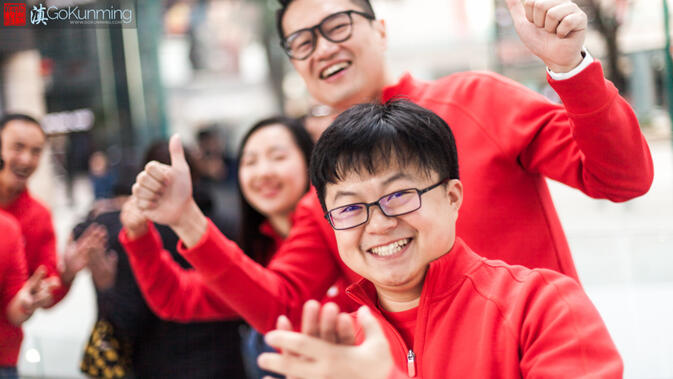 The bird abroad story was picked up by the western press and blown up into a minor scandal. But while some storefronts might have been misleading the phones weren't fake and there were several official Apple service centres in town at the time, listed on their website. The original blog post had the absurd title Steve Jobs are you listening? But the only thing he was listening to was cash registers ringing up sales. These days this sort of thing is called fake news

Phones and Mac:s seem go have been okay in those shops, but a pair of headphones I bought in one of them (Jinbi area), started falling to pieces same day I bought them.

Lets see how this goes. Sure the manager must at least see some potential for faking now when theres a lot of trust in the shop. It has become part of making business anyway, and not faking must be a faceloss.

@Peter99 Seriously, why should the manager of a prestige store automatically be thinking along the lines of corruption? Things are moving on since you left and this sniping from the outside is wearing thin.

I can hear you and not going to hijack this thread either with pessisism. So I leave it here. But just one thing.

Question was: why should the manager of a prestige store automatically be thinking along the lines of corruption?

Answer: Because it became a norm.

I seem to remember the fuss when an 'official' LV store in Shanghai was found to be selling copied goods along side the real things a few years ago. Let's hope Apple do better.

And let us not forget that the old Apple stores in Kunming were not prestigious stores but fake store fronts, selling original Apple Macs and iPhones. However, the accessories may not have been genuine in the fake store. Fake goods would have been entered into stock by the owner, would be my guess.