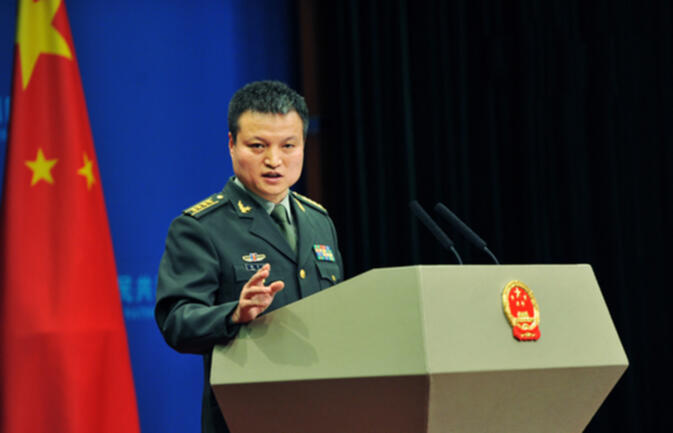 The Burmese military is currently engaged in sporadic fighting with rebel groups just across its border with China and, as it has in the past, the violence has spilled over into Yunnan. The most recent episode involves the downing of a fighter jet, accusations of Chinese complicity and a vehement denial emanating from Beijing.

The incident occurred November 30 amid renewed conflict between ethnic rebels and government forces in Myanmar's restive Shan State. Reports of a military jet being shot down and crashing in Yunnan first appeared on Burmese news websites. The news then quickly spread on social media sites within China. 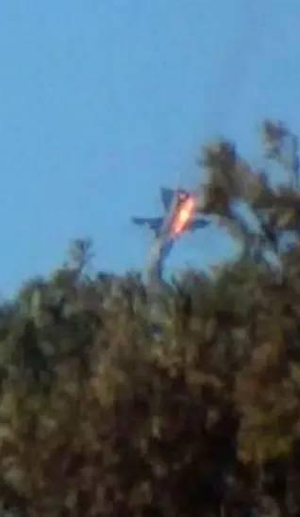 An image widely circulated on Chinese social media, purportedly showing a Burmese fighter jet being shot down over Yunnan

One week after the report surfaced, Colonel Yang Yujun, spokesperson for China's Ministry of Defense, characterized the story — which claimed the Burmese warplane was taken down by surface to air missiles launched from inside China — as "sheer fabrication". Yang went on to issue something of a warning to its western neighbor, saying, "The Chinese military will resolutely safeguard state sovereignty, security and also [the] safety of the lives and property of the Chinese people in the border region".

However, it remains unclear if Yang's comments indicate the allegations of Chinese involvement have been fabricated, or if he instead meant the entire report is untrue. Burmese military officials have been tightlipped regarding the situation, and have neither confirmed nor denied the disappearance of a warplane.

Fighting erupted in the Burmese border town of Muse in late November. The hostilities are reportedly between the Myanmar military and a loose confederation of armed ethnic groups made up of soldiers from the Kachin Independence, the Arakan, the Ta'ang National Liberation and the Myanmar National Democratic Alliance armies.

Each of these entities occupy land in Myanmar's northeast and have individual, long-standing but similar grievances with the country's government. And although Naypyidaw has remained silent about the downed jet, it has been demonstrably less so regarding what it refers to as "insurgents". Four days after the alleged crash, Myanmar's Minister of Defense, Lieutenant General Sein Win, declared "the government should target the [rebel] groups' leaders and crush them".

The resumption of fighting between Myanmar's military and the alliance of guerrilla groups represents a new chapter in a civil war stretching back decades. Multiple times in just the past few years, violence in the country's lawless northeast has caused several refugee situations, and has repeatedly strained relations with Beijing and occasionally claimed the lives of Chinese civilians.