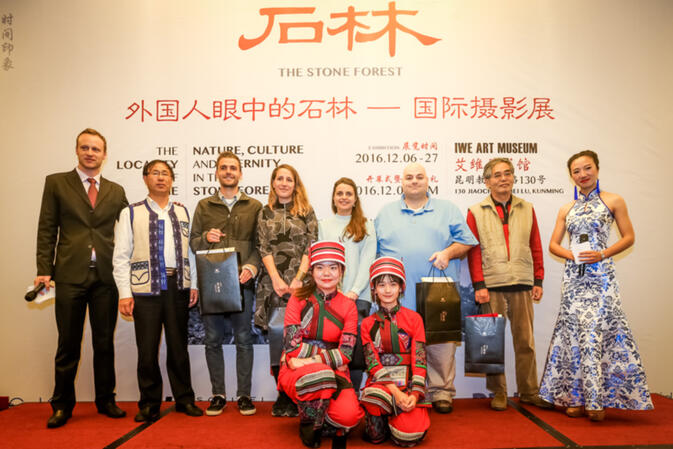 Contestants from nearly a dozen countries accepted their awards for the first ever Stone Forest International Photography Competition on Tuesday, December 6 at the IWE Art Museum in Kunming. The contest was a collaboration between the Stone Forest government and Yunnan CloudBridge Consulting International.

American photographer Kyle Miller, who attended Tuesday's award ceremony, claimed the grand prize for his photo Stone Forest Wall, and was awarded a DJI Inspire 1 drone worth 12,999 yuan (US$1,890). The three winners in the categories 'Nature', 'Culture' and 'People' respectively were Changhu Sunrise by GoKunming user Red Herring, Culture Dance by Miller, and Beautiful Sani Lady with Natural Stone Background by Adam Crase. Each of them received an all-inclusive weekend retreat, graciously provided by Sofitel Kunming. 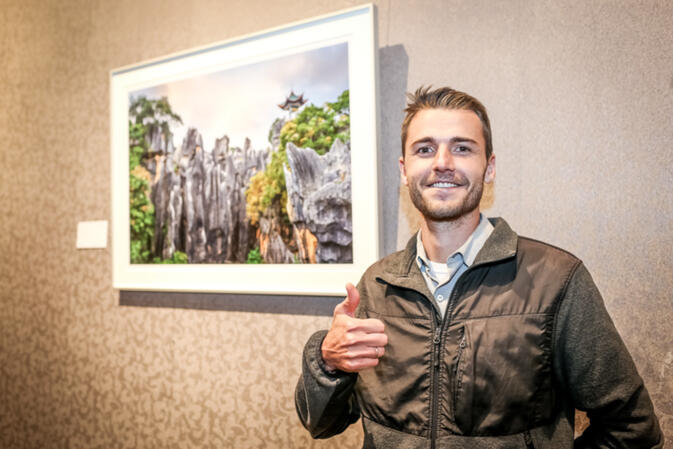 All of the award winners, including the eight weekly victors, received a prize package consisting of two VIP tickets to Yang Liping's dance drama Dynamic Yunnan, two free passes for their next visit to the Stone Forest, a gift package of mu'er (木耳), organically grown in the Stone Forest by Sunrise Manor, and a box of natural energy bars provided by Dali Bars.

Contestants submitted 162 photos to the contest in total. The weekly and category winners were chosen by an online vote, and the overall winner was selected by an international panel of professional photographers. 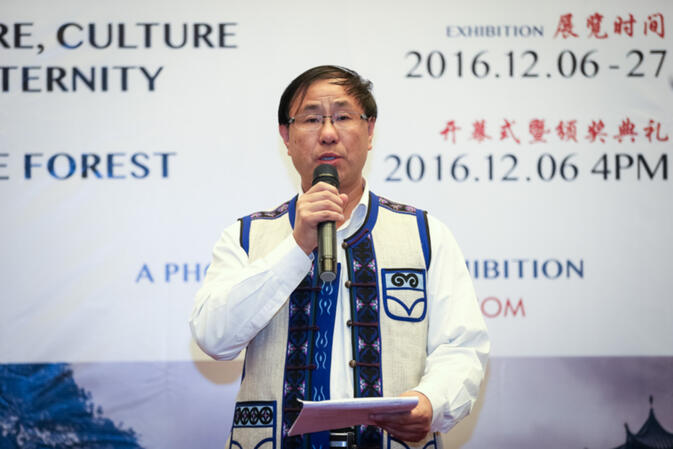 At the exhibition opening, the contest was described as "a celebration of photography", by Wang Yongqiao, Deputy Director of the Stone Forest Scenic Area Administrative Bureau. "The photos celebrate beautiful, untouched natural places and thriving [local] Yi minority culture," he said. Continuing, Wang described China as "moving in a greener, eco-friendly direction, and the Stone Forest is eager to do the same. And what better way to usher in a new era of eco-friendly tourism than with a photography contest."

Yereth Jansen, CEO of Cloudbridge, said "in terms of international exposure, the contest was very effective". The photographs reached an estimated two million people through traditional media and were viewed more than 200,000 times on various social media outlets. It is the first time the Stone Forest has reached such a large international audience, and those numbers are expected to grow with the release of a promotional video produced by CloudBridge in association with Shangri-la Beer and DJI.

The competition ran from September 19 to November 14 Photos were submitted via the official contest website at GoKunming.com, which allowed for online voting and sharing.

The Stone Forest, a UNESCO World Heritage Site, is a 500 square kilometer area of Karst limestone rock formations located in southern China. It is the home of several ethnic minorities and is the largest natural attraction in Yunnan Province. It is also soon to become a stop on China's vast and growing high-speed rail network.

The Stone Forest International Photo Competition exhibition — called The Locality of Time — features 36 color and black and white photos, as well as examples of hand-made traditional Yi minority clothing. It is free and open to the public through December 27, at the IWE Art Museum in Kunming. 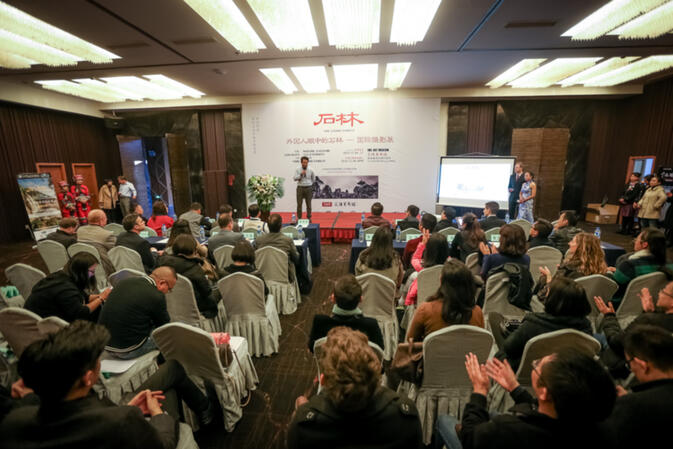