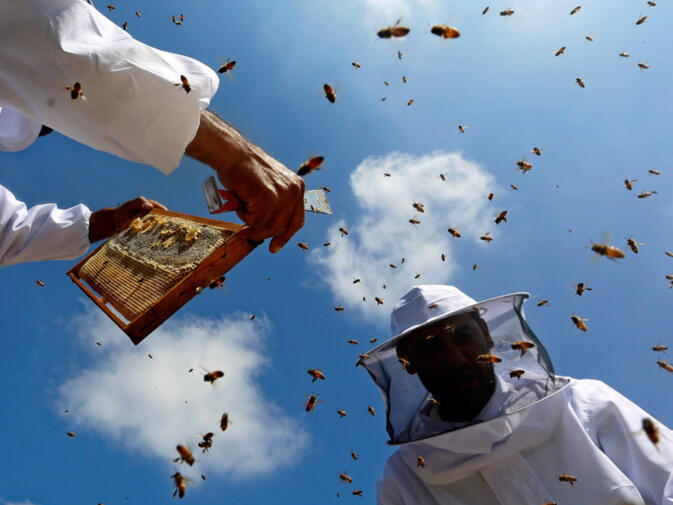 China has so far avoided the massive losses of bees seen in the West, but the country's diverse range of native bees face their own set of growing threats. The authors of a new study, entitled Is China's unparalleled and understudied bee diversity at risk?, argue that these threats could have disastrous consequences for global food security and biodiversity.

The alarming decline of bee populations in the United States and Europe has rightfully been drawing attention in recent years, as much of the food we eat would be impossible to produce without the hard work of bees and other insect pollinators. This is also true in Asia, where food production is almost wholly dependent on insect pollination, and where, as a result, any major decline in bee populations could severely disrupt the global food supply. The authors of the news article argue that urgent action is needed to ward off the risk of bee losses occurring in China, a country that is home to an amazing variety of bee diversity facing a unique set of threats. 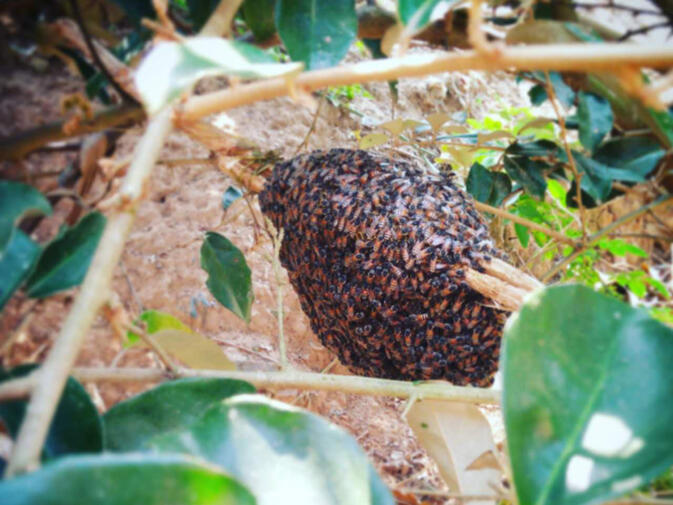 The new paper highlights the situation of pollinators in China — and how little research has been carried out in this area. Unlike in the West, the majority of Chinese bees are rarely transported across long distances in order to pollinate specific crops. Instead, the majority of hives are usually kept in the same place year-round. And where commercial farms in Europe and the United States largely rely on a single species — the western honeybee –- Chinese crops are often pollinated by a wide range of endemic species, which evidence suggests may be more resistant to pests and diseases. In fact, the diversity of Chinese bee species is unparalleled. The Qinghai-Tibetan Plateau, for example, contains more bumblebee species than anywhere else in the world. Perhaps as a result of their great diversity, Chinese bees seem to have been spared the massive losses seen in the West.

However, the study's lead author, Jonathan Teichroew of the World Agroforestry Centre (ICRAF), points out that "research on threats to pollinators in China is extremely sparse, and the few studies that do exist point to alarming declines in wild bee populations in some areas of China. In some cases, bees have entirely disappeared: farmers in one county in Sichuan are now forced to pollinate their fruit crops by hand because natural pollinators have been wiped out." 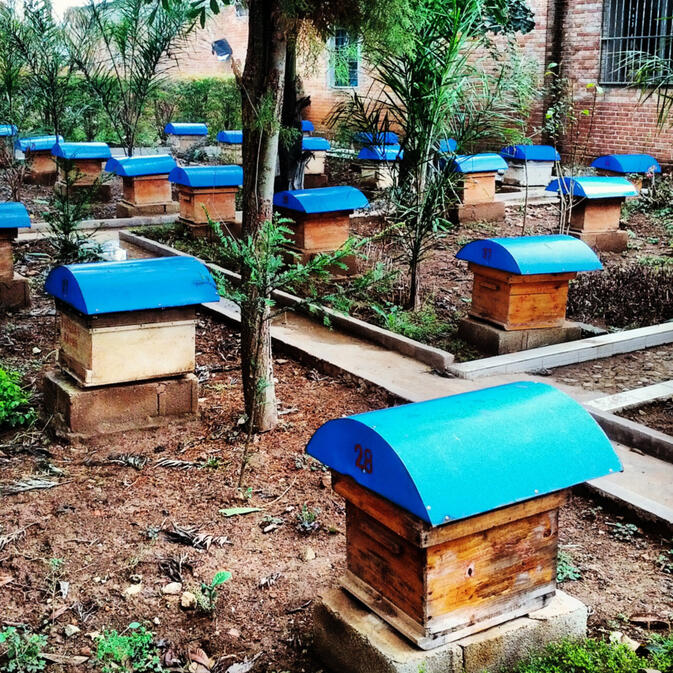 Why are China's wild pollinators under so much pressure? The answer, the study's authors say, lie in the massive changes undergone by China over the past few decades. Much of China's land has been transformed by massive infrastructure projects, open-pit mining, deforestation, and the spread of intensive agriculture. The scale of these land-use changes have drastically reduced the areas in which wild bee species can thrive. At the same time, the overuse of chemical pesticides has become commonplace among China's farmers: pesticide use in China is now at an all-time high, with application rates many times greater than those of most developed countries. As a result, farmers who depend on pollinators may unwittingly be poisoning their insect allies.

Threats to China's bees should not only concern Chinese farmers. Not only would global food security be affected by further declines in Chinese bee populations, but China's extraordinary reservoir of bee biodiversity could be critical to fighting global pollinator diseases and pests in the future. The study's authors have therefore called for urgent action, and have suggested several ways in which China's bees could be protected. 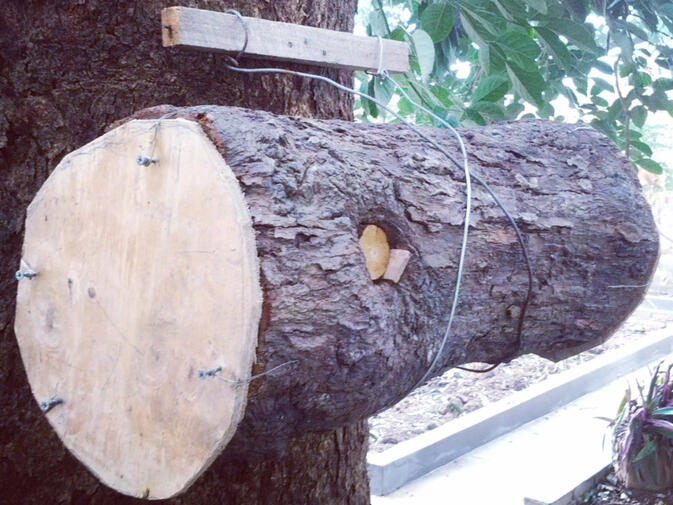 First, given the existing paucity of scientific studies on Chinese bees and the threats they face, far more China-specific research is needed.

Second, China's huge government projects provide an opportunity to provide bee habitat at a large scale. China's policy of paying farmers and rural communities to plant and nurture trees has already resulted in the largest reforestation program in the world, and encouraging the planting of flowering tree species could create bee-friendly landscapes across the country. Xu Jianchu, coordinator of the World Agroforestry's East and Central Asia's program office and one of the co-authors of the paper, noted that "China has a real opportunity to take its reforestation program to the next level and use it to provide for sustainable pollinator conservation". 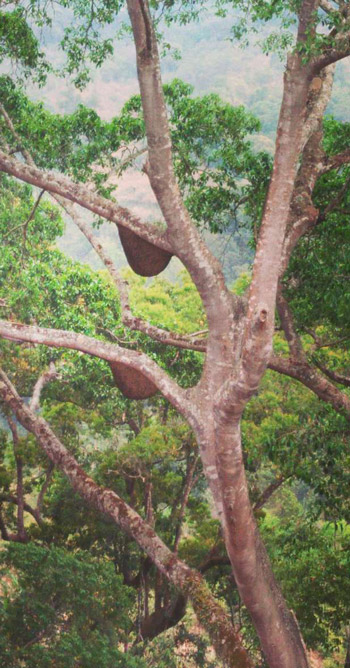 Third, the overuse of pesticides needs to be accorded greater priority by the Chinese government. While a variety of methods are likely to be needed, such as phasing out subsidies for pesticides, the authors point out that biotech crops which reduce or eliminate the need for pesticides have largely been ignored in China, and their potential ought to be investigated.

Fourth, the authors propose using a "land-sparing, land-sharing" framework to promote the creation of a patchwork of diverse agricultural landscapes. Rather than focus on one model as the ideal for bee conservation and agricultural production, a mosaic of different systems including agroforestry, consistent crop rotation, and intentional mixed cropping should be promoted in order to meet China's goals of conservation, food security and agricultural production.

"China's bees are a precious resource, not just for China, but for the world," concludes Teichroew. "China needs to act quickly — and if it does so, it could serve as a beacon of hope for other rapidly developing nations facing similar challenges".

For more information on this study, contact Jonathan[dot]Teichroew[at]gmail[dot]com. ICRAF The World Agroforestry Centre is one of the 15 members of the CGIAR. We would like to thank all donors who support research in development through their contributions to the CGIAR Fund. 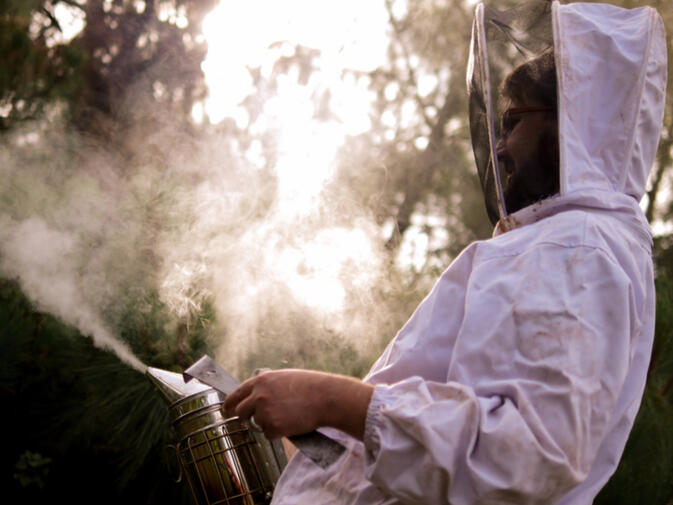 Was surprised not to see the destruction of wild hives by people collecting honey and larvae listed as a threat. Seems to be very widespread and villagers are very adept at getting at even hives high up in cliff faces or trees.

@ Dan: Possibly this is more of a problem today than in the past, but I'm sure people have been climbing trees for honey & larvae here for a very long time, so I doubt this is currently the major problem.

Another issue may be non-native bees being trucked around in huge quantities and randomly deployed, which is something I've seen a lot of over the last 15 years. I've interviewed the beekeepers and a fair number of them come from as far away as out of province (eg. Sichuan). There's a fair chance they compete with naturally established native bee colonies for food, possibly carry diseases to them, or even fight.