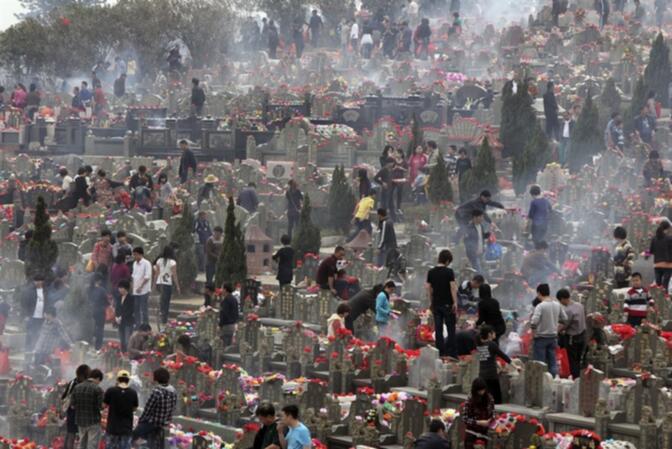 Tomb Sweeping Festival — known in Chinese as Qingming Jie (清明节) — is a holiday traditionally celebrated each year on the fifteenth day following the spring solstice. Since 2008, it has been a nationwide public holiday in mainland China held annually on April 4, 5 or 6, perhaps because the number 'four' is a homophone for the word 'death' in Chinese and double numbers — such as the date 4.4 — are considered auspicious.

Despite only recently being recognized officially, the roots of Tomb Sweeping Festival are, like much else in China, thousands of years old. Today, as in bygone years, it is a chance for families to get together and pay homage to loved ones that have passed away, making it a quintessentially Chinese cultural observance. This year, China will observe the festival April 4 through 6. 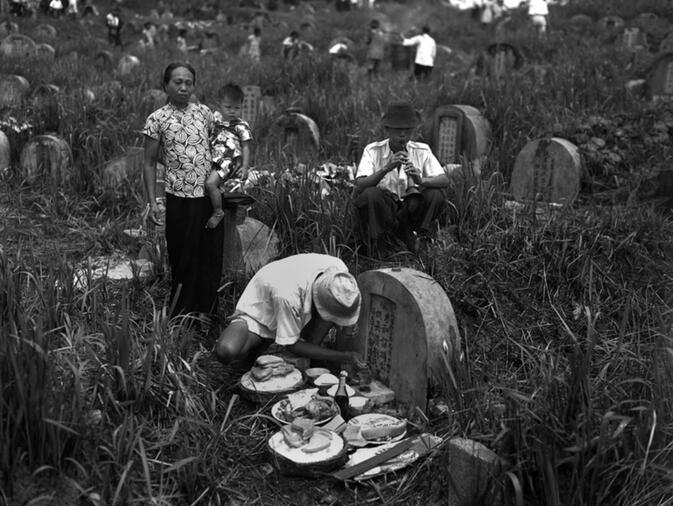 The festival has its mythical, and somewhat brutal, origins some 2,500 years in the past, during China's Spring and Autumn Period. Differing versions of the holiday's genesis exist, as is the case with most Chinese legends. However, most versions agree that a nobleman surnamed Wen — also referred to in some stories as Chong Er — of the Kingdom of Jin (晋国), was exiled from his homeland for 19 years after standing accused of being a false pretender to the throne. He wandered the countryside with a group of followers who at one point ran out of food and were on the verge of starving.

One of Wen's companions, Jie Zitui (介子推), miraculously appeared with a bowl of delicious soup large enough to feed everyone. When Wen asked where the meat for the soup had come from, his friend admitted he had cut flesh from his own legs to save the starving party. Wen was so impressed by Jie's devotion, and apparently little fazed that he had just eaten part of a person, that he promised his friend rich rewards.

Time passed and Wen succeeded in his quest to become Duke of Jin. Although he lavished gifts upon those who supported him in exile, he somehow forgot about Jie. Upon realizing his old friend was living in a forest, unrewarded, the duke set out to find him. After much searching, no one in Wen's party could discover Jie's whereabouts. The duke ordered the forest to be burned down, hoping the flames would drive his friend out of concealment.

Perhaps predictably, the ensuing conflagration killed Jie. The duke was overcome with guilt and ordered all subjects of his kingdom, himself included, to forego making fires for the next three days in memory of Jie Zitui's life. Each subsequent year during the duke's reign, a similar memorial was held for Jie, one that eventually came to be known as Hanshi Jie (寒食节) — or Cold Food Festival.

Thus, according to one legend at least, the tradition of honoring the dead began. It eventually evolved over hundreds of years into a festival that today bears little resemblance to its fabled origin. 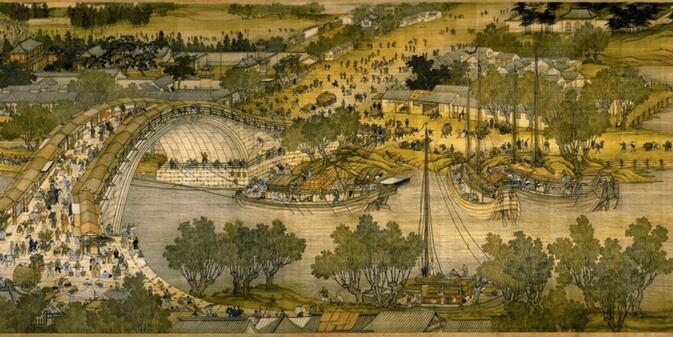 Representations in art and culture

Tomb Sweeping Festival has inspired painters and poets throughout the centuries. One of the best known artists to try and capture the essence of the holiday is Song Dynasty painter Zhang Zeduan (张择端). Revered during his life and still celebrated for his talent today, Zhang's scroll painting Along the River During Tomb Sweeping Festival (清明上河图) is the most famous artistic work associated with the holiday.

Considered a masterpiece of Chinese art, the painting is only 25.5 centimeters in height, but stretches for more than five meters. It is said by many scholars to express the quintessence of daily life during the Song Dynasty. The original has been displayed in cities around the world, perhaps most impressively at the 2010 Shanghai Expo where it was projected onto a 130-meter long wall above a water installation.

Numerous poets have written about the festival, but none is as well-known as poet Du Mu (杜牧). Born in what is today the city of Xi'an during the Tang Dynasty, he is said to have composed the now famous verse entitled Qingming as a meditation on the holiday. Even today, some 1,100 years after Du's death, many Chinese people can recite at least the first two somber lines of verse by heart:

During Qingming Festival, a drizzly rain falls; (清明时节雨纷纷)
On the road, the traveller, disconsolate. (路上行人欲断魂) 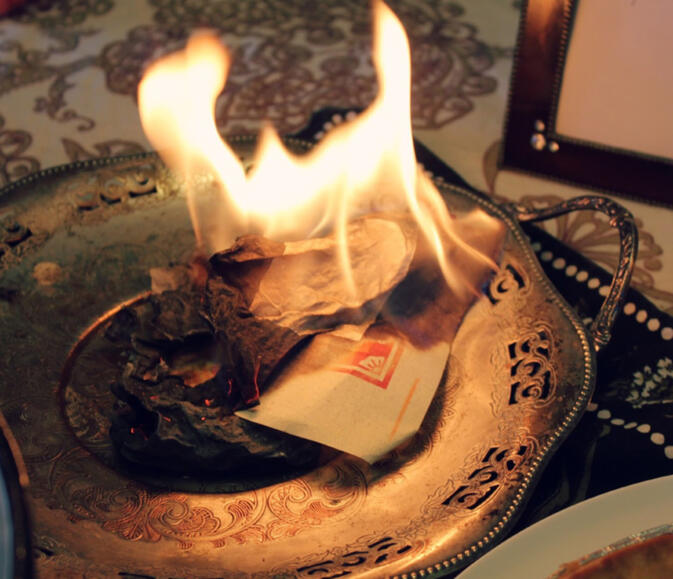 The principle task to be accomplished during Tomb Sweeping Festival is to pay proper respect to the dead. When they can, families head to wherever their ancestors are buried to tidy up. Many Chinese cities have dedicated public cemeteries, but often tombs are located in family plots on rural hills or mountainsides.

The goal is not only to clear the area around graves of trash and dirt, but where necessary, to cut back a year's worth of forest growth. Because of this, it is not uncommon to see people heading into the hills armed with brooms, trash bags and machetes. Once finished, flowers, both real and fake, are often placed around the grave to spruce it up.

Ancestor worship and filial piety are traditions in China dating back as far as Confucius, if not much earlier. During Tomb Sweeping Festival, families will undoubtedly burn incense as a way of connecting with their relatives in the spirit world. Many will also offer prayers and will bow and place their heads upon the ground in obeisance.

In the past, spirit money — referred to in Chinese as jinzhi (金纸) — was burned so deceased loved ones would not be wanting for anything in the afterlife. This tradition is still strong, but has morphed to include not only simple stacks of trillion yuan bills, but also towering paper mansions, representations of popular cars, cell phones, designer clothes and almost anything else one can imagine. 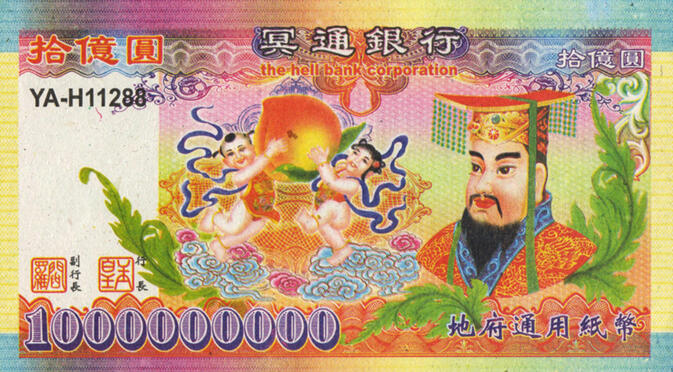 While these offerings are burning, family members will often call to their departed loved ones, summoning them to come receive their gifts. Out of a sense of camaraderie and friendliness, some people call to the spirits of any neighboring ghosts who may be lingering nearby, offering them small tokens as well.

Modern observances of Tomb Sweeping Festival can involve bringing the deceased something they enjoyed during their earthly life. Relatives often bring cigarettes or alcohol to grave sites, lighting up a smoke for the departed or pouring an offering of baijiu onto the ground before downing a glass themselves. Picnics at the graveyard are also increasingly common where room allows. Following a meal focused on communing with the dead, families will pack up their belongings and return home. Children who attend these events are often called repeatedly back to their families in an effort to keep their spirits from remaining at the graveyard.

For families that live far from ancestral shrines or graves, it is enough to burn offerings and spirit money near or even inside their homes. Commonly this task falls to the oldest female member of a family, who will find a suitable place outside the home, draw a circle on the ground, often with white chalk, and burn offerings in this way. The circle is simply a marker representing a tomb, but passersby should be careful not to tread on the rings.

Despite the incessant change wrought across the landscape and culture of China over the past century, the tradition of Tomb Sweeping Festival lives on. It is still practiced today by nearly everyone in the country, sometimes ostentatiously and sometimes modestly. This holds true regardless of a family's economic status, religion, ethnicity or location.

Editor's note: As is always the case with articles of a cultural bent, we extend our special thanks to longtime friend Fanfan, without whose insight and help this post would not have been possible. 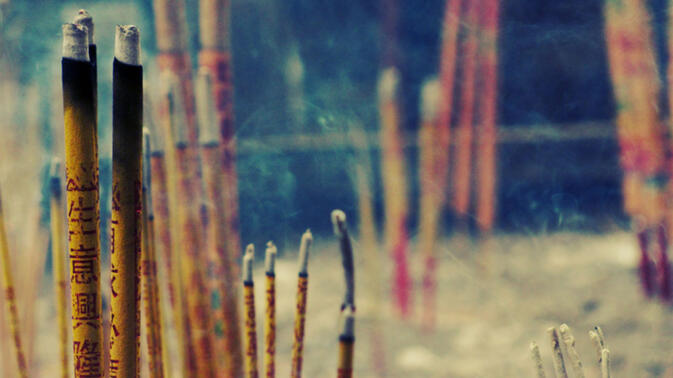 I found tomb sweeping to be a nice family day out. A branch, or several branches, of the family will visit the tomb and pay respects to the ancestors.

The tomb is cleared of weeds. Firecrackers. There is a small offering of food, wine, money (fake) etc. and some kowtowing. After that it becomes a family picnic, with my family.
All in all a pleasant time out. Not morbid, and very social.

What's with the 'hell bank corporation' money in the 5th picture?

Phony money burned - goes to spirit of dead who may need it to negotiate his way through the afterlife.

Thanks Alien and Dan. Interesting. Basically, to speed up the process of the 10 courts of hell.

I might start printing a few octillion notes off in preparation!

February 20, 2021 "The house locates in Jinghong, Xishuangbanna, not far from the airport JHG, in the zone of the Convalescent town, green trees and mountains you can en …"
Travel Yunnan jj123