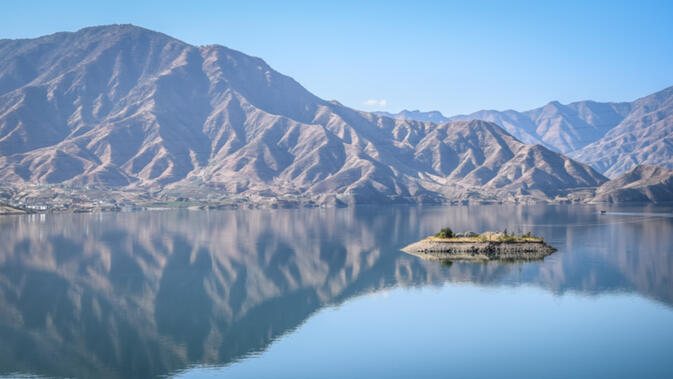 The off-season, or what remains of it if you are a self-employed adventure tour operator, has always been for new discoveries. Often, they are close by. How many places have you always wanted to visit that are only a couple of hours away, or even closer? But since they are so close by, you can visit them anytime, right?

There has always been this blue spot on the physical and very detailed map in our office — call us old fashioned, but we use real maps — Chenghai Lake (程海湖), located just southeast of Lijiang. The Yangtze River makes its way south near the lake. There are no official and approved scenic spots, overrated vistas, no recommendations in travel guide books. The area just waits there for exploration, surrounded only by tiny villages. Is this spot on the map a mountain peak or just a drop of spilt coffee?

Whatever the case, it was perfect for a two day motorbike trip. 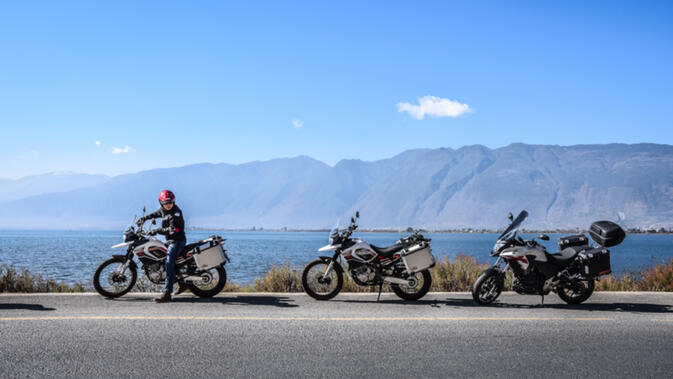 Chenghai Lake is approximately half the size of the Erhai (洱海) in Dali. From Dali Old Town it is about 155 kilometers to the lake. After getting our Shineray X5 bikes out of the garage, we first headed south into Xiaguan (下关) — or as they call it now, Dali City. From there we turned back toward the north in the direction of Binchuan (宾川).

After some serious traffic in Xiaguan, the road to Binchuan was almost empty. There were not even villages along the way. The strangest things we saw were three vehicles — a Porsche Cayenne, an Audi Q6 and a Ferrari of some sort. What happened to all the crappy minivans everyone used to drive? 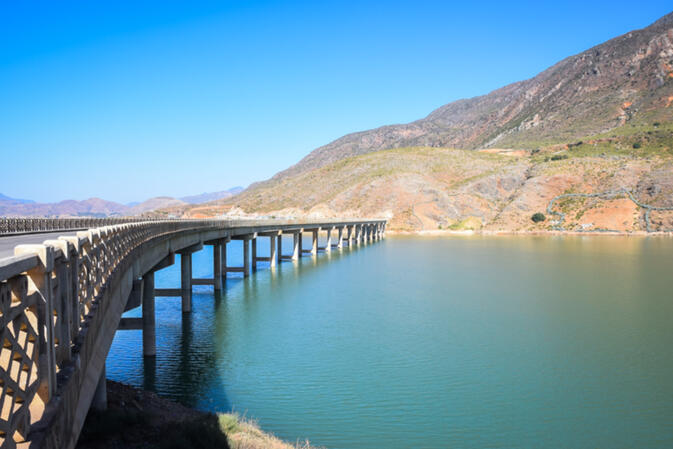 Leaving the 'civilization' of Dali City behind us, we reached the shores of the Yangtze River and crossed a bridge near the village of Taoyuanxiang (涛源乡) on country road S220. Due to dam projects on the upper Yangtze, the river looked more like a peaceful, elongated turquoise snake than a fierce, dangerous river. Locals at a shop where we bought drinks assured us that the dam has the effect of keeping the river's color turquoise for most of the year.

There are three roads along the banks of Chengai Lake. Two of them run along the east-side, and one of them, a little further away from the shore and up in the mountains, is the S220, which becomes the S308 to Lijiang. Two minor roads, all paved, run along the lake on both sides and encircle it. Near the southern tip of the lake is wide open farmland, while at the northern tip is the only village of any size, called Lijiacun (李家村). The sides of the lake are mountainous and covered by woods, mainly pine trees. 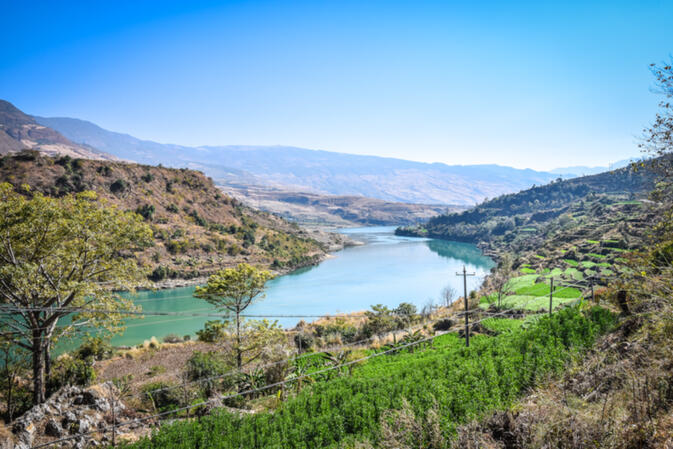 The lake and the surrounding countryside seemed untouched and were extraordinarily beautiful. There are some tourist accommodations on the east side of the lake, and several villages — including one no larger than a few scattered houses — have run-down hotels which either have their best times behind them or never really got started. We're guessing the latter.

We decided to ride to the main settlement north of the lake and found a hotel with both internet and hot water — both advertised, both nonexistent — for only 60 yuan. I can't remember when I last stayed in a hotel for that price. It must have been years ago. The hotel was frequented by chattering locals from even further out in the countryside, obviously coming to the 'big town' to do business of some sort. 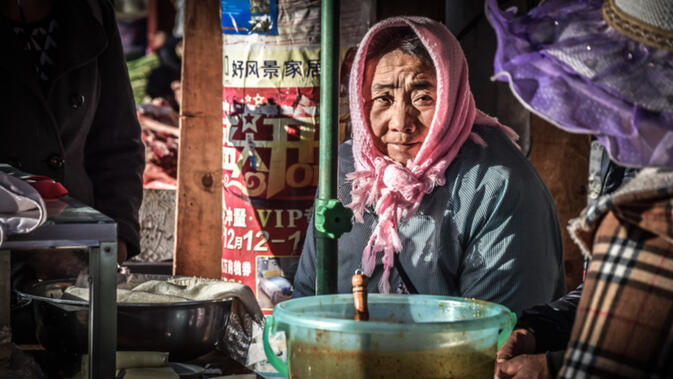 Local specialties are donkey hotpot and fish from the lake. The three local restaurants kept their fish in large pools in their backyards. Since we were traveling with two Tibetans and Tibetans don't eat donkey because the animal is a helper of the family, we had the fish, which was excellent. We visited the kitchen and discovered the chef was still using firewood to heat his large wok.

The next morning we got really lucky. We discovered the local market, which takes place only once every five days. We thought at first that it was a market for the coming new year holiday since it was incredibly busy. Many locals sold homemade stinky tofu, Chinese medicine or hemp seeds. Others were traveling vendors who sold plasticware or knives. We found a villager who had hand-knitted house shoes which he said a woman of his family needed two days to make. In times of inexpensive Taobao items, it gets more and more difficult to find beautiful handmade things these days. We bought a pair, not only to support the locals, but also because we found them lovely. One day, handcrafted things may be gone entirely. 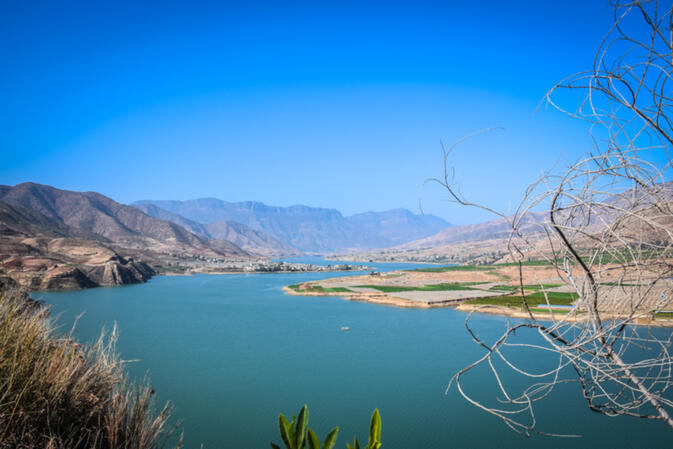 Some locals asked us proudly to take pictures of them when they saw my Nikon DSLR, which I happily did. After a lazy time at the market, we chose a different road back to Dali along the shores of the Yangtze. It turns out, Chenghai Lake, the surrounding countryside and the reaches of the Yangtze River in that region, combine to make a beautiful jewel in Yunnan. It is unspoiled by tourism, and the people are incredibly friendly and welcoming. Go ride there!

Editor's note: A version of this article was originally published by Hendrik Heyne on website Tibetmoto. Tibetmoto can also be found on Facebook (requires proxy), and specializes in exceptional adventure trips in China and Tibet for individuals, groups and families. 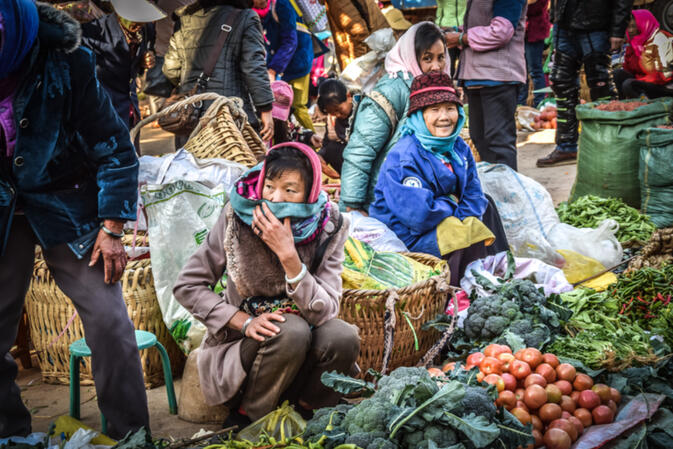 a great read. thanks Hendrick!

I see you went for the photo cliche of an old woman in a market. Still none the wiser how to go there, what you can do there, etc. Oh well...

^I guess your reading level is not on par with that of your snark.

Hendrik, how are those Shineray bikes? Reliable? Well supported by manufacturer for replacement parts? I'm in the market for an inexpensive 250cc enduro bike. Would you recommend?