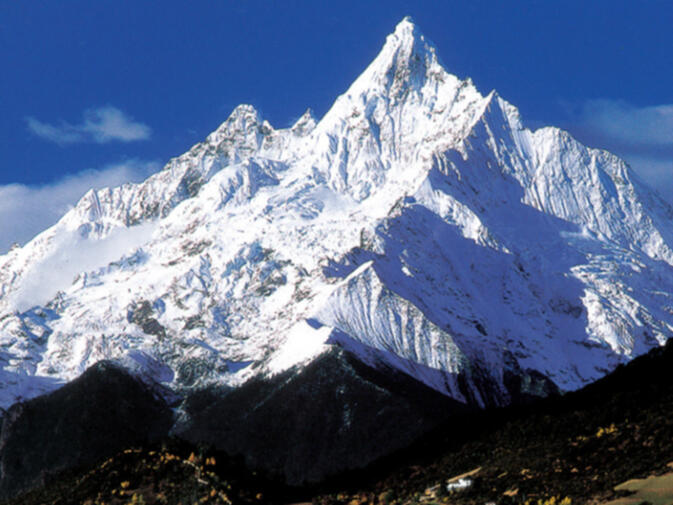 Travel in Yunnan's rugged northwest is about to get a bit easier. A press briefing by Yunnan Net reports a highway tunnel network under Baima Snow Mountain (白马雪山) will open soon, making the drive between two of the province's famous mountain destinations much more convenient and safe.

The project began more than six years ago, and has been slow to progress due to towering elevations, a series of ever-changing water drainage situations and frigid winter temperatures. In fact, keeping the highway tunnels dry during heavy winter snows and attendant spring thawing periods were the largest hurdles to completing what construction officials have termed "the three difficult tunnels" (三难隧道).

Of additional concern was the welfare of hundreds of construction workers who toiled through several winters to finish the work. Construction planning for the project incorporated a logistics supply chain providing heated living quarters and bottled oxygen for crews sometimes working in around-the-clock shifts at altitudes of more than 4,000 meters.

The result is that National Highway 214, which connects Shangri-la (香格里拉) and Deqin (德钦), now passes through Baima Snow Mountain via three separate tunnels totaling 5.2 kilometers in length. The new underground roads will save drivers two-and-a-half hours between the two tourists cities during summer months, roughly halving previous driving times. In the winter, when the 5,430-meter mountain receives large amounts of snowfall, the tunnels will end road closures, as well as eliminate the necessity of navigating treacherous mountain passes in inclement weather.

Baima is separated by the Lancang River (澜沧江) from the several peaks making up the Meili Snow Mountain (梅里雪山) range, which contains 13 summits exceeding 6,000 meters. The grandest of these is Meili itself — Yunnan's tallest — which rises to a height of 6,740 meters. The peak is a holy place for Tibetan Buddhist pilgrims, and viewing platforms near Deqin draw an ever-growing numbers of tourists each year.

Been traveling this road for years so great to hear these tunnels will finally be finished to cut down on the travel time. I've been watching the ridiculously slow construction since 2011. When the rest of the new highway was completed around 2012-2013 it already cut the old six hour drive in half to three, so these tunnels should make the whole trip very reasonable.

The article brings back fond memories of huge ass boulders blocking the road and taking 5 hours to remove :)

Kawagebo and Meili are the same. The former is the Tibetan name while the latter is the Chinese name.

cyled it. The road is at phenomenal altitude (some stretches as high as 4400masl), that probably had something to do with it the slowness :)

I was going to say that Baima and Meili are NOT the same mountain range (the Mekong River divides them), but looks like b galipeau beat me to the punch!

At least one of the three tunnels has been open for a while. I biked through it back in 2013.

Thanks @b galipeau for saying Baima Mountain stands alone from the Meili range. The article has been changed.