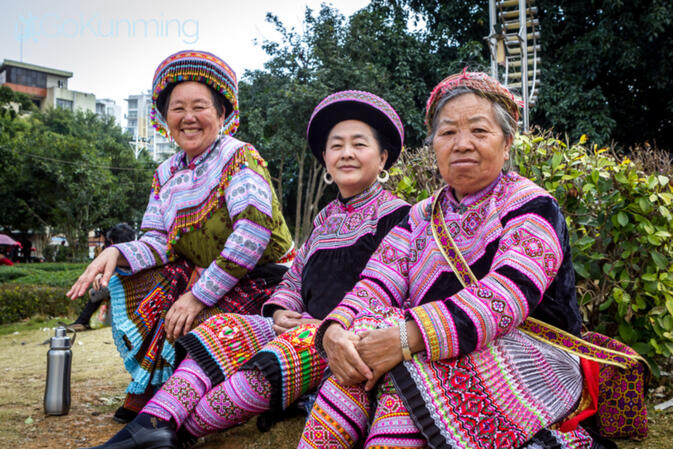 In the hills of southeast Yunnan, about 30 kilometers south of Wenshan (文山), and not too far from the border with Vietnam, sits the village of Xiao Hengtang (小横塘). It is a small place with a population of no more than 300 people. Almost all of the residents are from the Miao minority (苗族) — more commonly known outside of China as the Hmong. 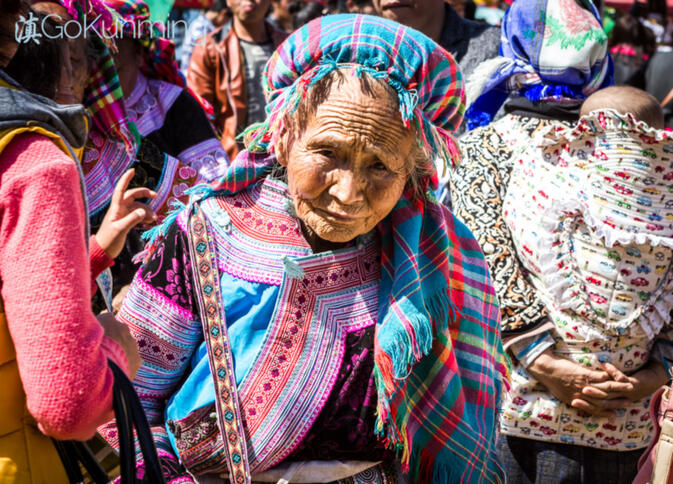 Each year, as Spring Festival approaches, this small town turns out to celebrate Flower Mountain Festival (花山节). The holiday is not observed in the home, at temples or in a public square. Instead, the people of Xiao Hengtang gather in a mountain pasture. 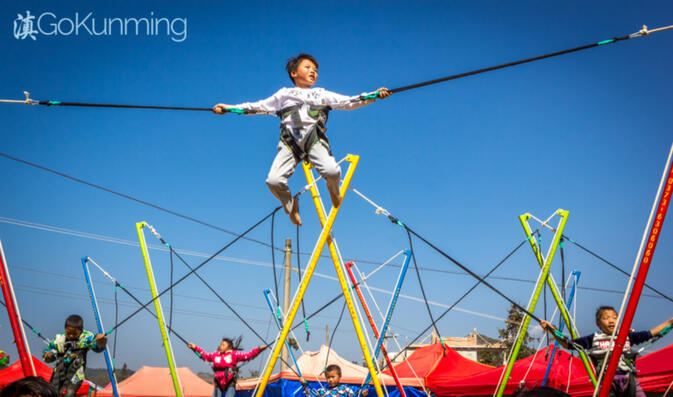 This year the skies were wonderfully cloudless and the weather brisk but comfortable. Children played on trampolines brought in especially for their amusement, while the adults concerned themselves with more traditional affairs. 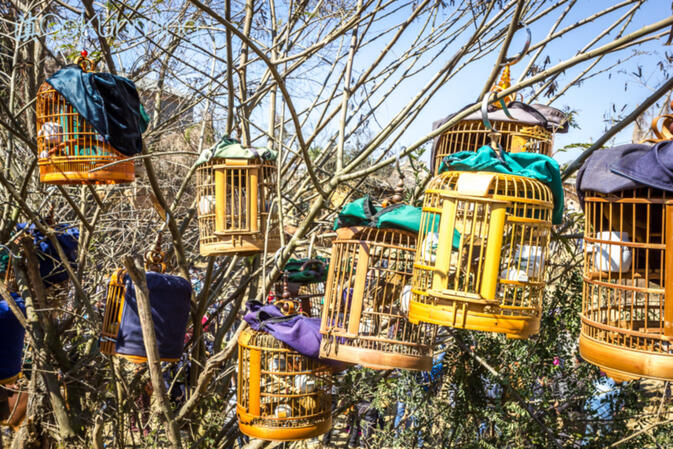 On the first day of the three-day festival, it is a long-standing custom to fight thrushes, locally referred to as changmei (唱眉). The songbirds are kept throughout the year as house pets, but when Flower Mountain Festival arrives, their full fury is unleashed in a blur of wings, beaks and feathers. Cockfighting is also common. 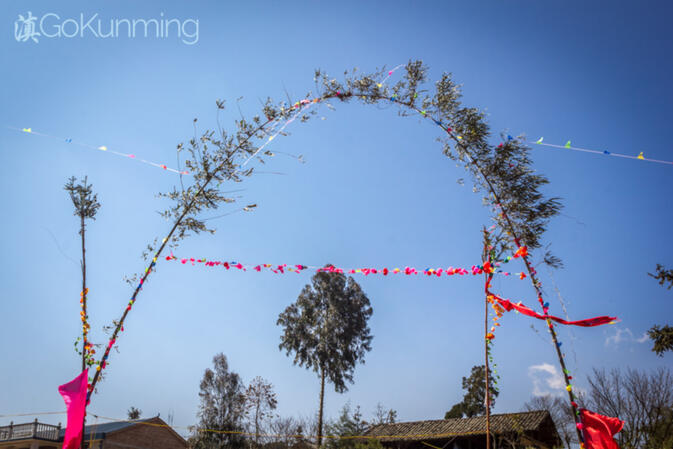 The second day of Flower Mountain Festival is punctuated by boys attempting to climb a huagan (花杆), or 'flower rod'. The challenge involves young men individually trying to climb an arch formed by two trees tied together at the top. The feat of strength and cleverness is made all the more difficult by oil poured over the tree branches at the highest part of the bow. Most of the participants do not make it to the very top, but those who do can brag about it for the coming year. 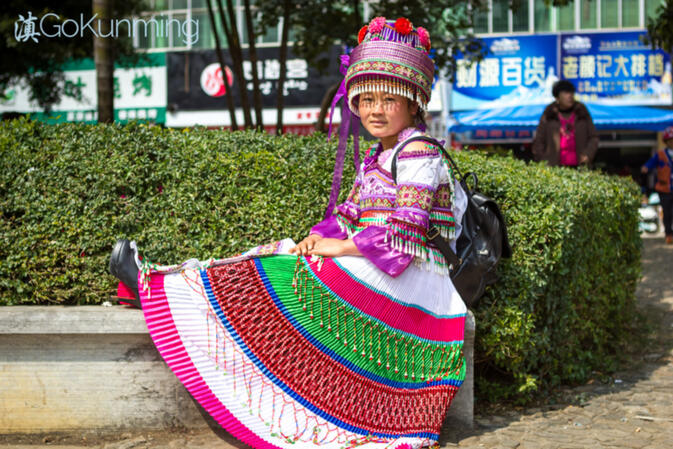 Girls and women are not left out of the festivities, and in fact may have the most difficult and challenging task. From a very young age, Miao girls are taught sewing, needlework and embroidery. On day two, dances are held for the young women of Xiao Hengtang in order for them to show off dresses and outfits that often take an entire year to complete. 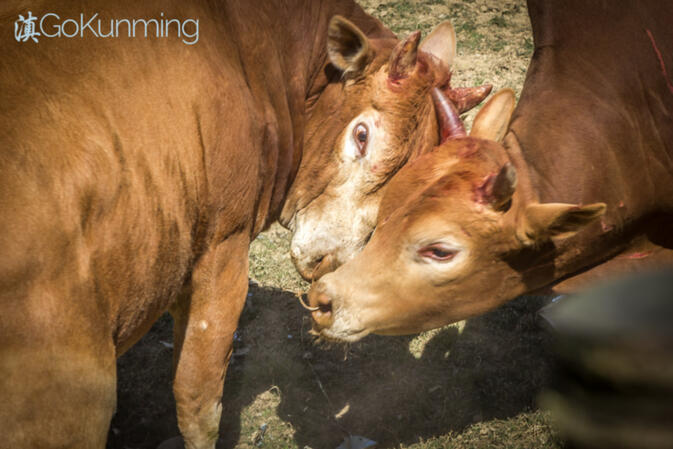 Day three is primarily reserved for bullfighting. Most of the Miao families in the area raise at least one bull specifically for fighting. Over the course of the year, these animals are not expected to do any work around the farm, and instead are fed extremely well and trained only for their big day. 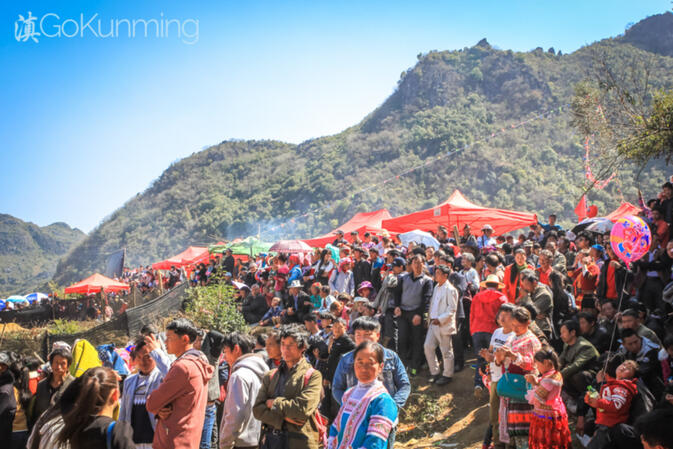 The bullfights are a huge draw for locals and visitors alike. Owners wager with one another, while spectators also bet sometimes hefty sums of money on the dozens of fights held on the festival's final day. 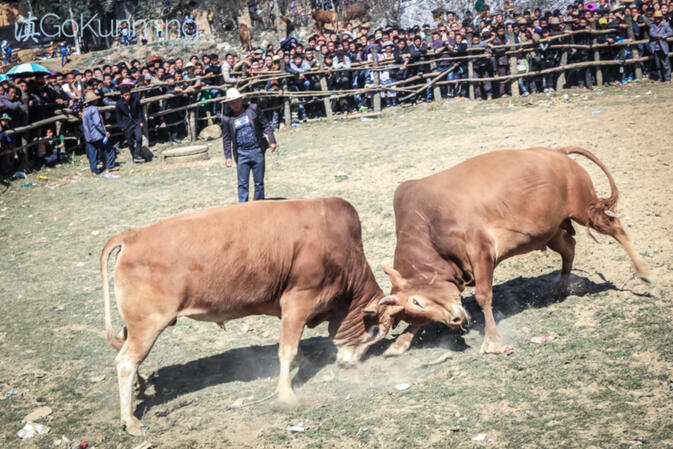 As with bullfights held in other parts of Yunnan, those held in Xiao Hengtang are not particularly gruesome. Death is not a part of the competition, and a bull wins when his opponent gives up and runs away. 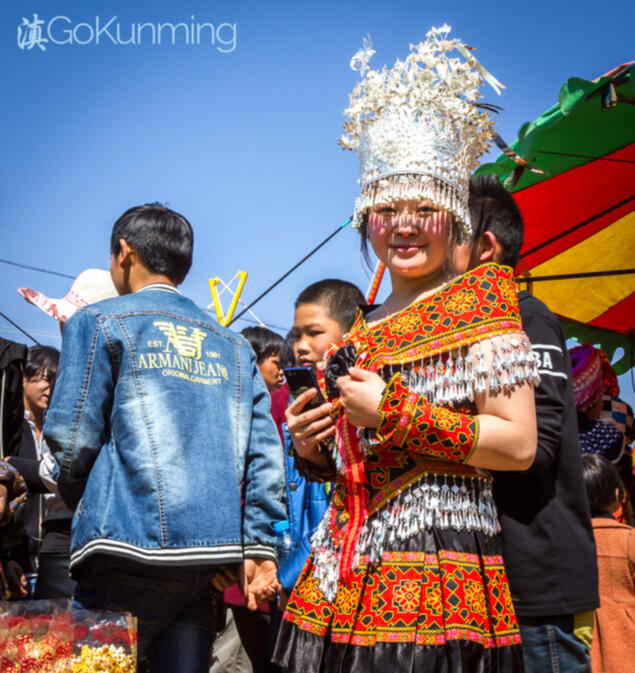 For the people of this area, Flower Mountain Festival is a reminder of their ancestral roots and a celebration of their cultural identity. And, as with all similar celebrations held in Yunnan at this time, people look forward to a new and prosperous year.