By Patrick Scally in Features on February 16, 2016 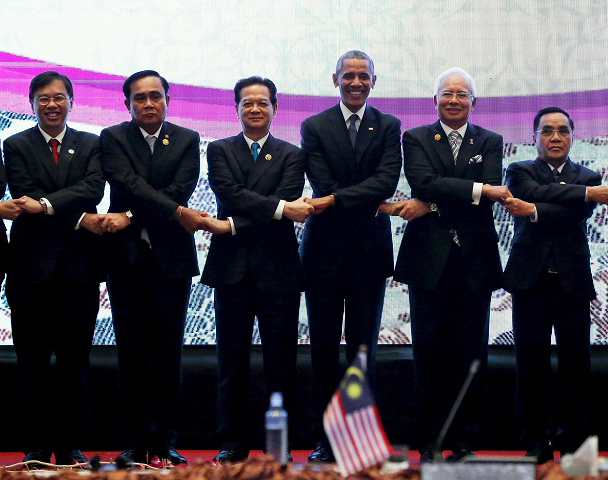 The Sunnylands summit will be a historic development in US-ASEAN relations and a significant testament to the positive impact of the Obama administration's Rebalance to the Asia-Pacific and its broad all-of-government reengagement with ASEAN. But amidst the bonhomie, many if not most of the leaders are likely to have more questions than answers about future US initiatives towards the region.

Obama and most Presidents since Dwight Eisenhower have used the Sunnylands conference center for retreats and to host high-level foreign visitors, and Obama hosted Chinese president Xi Jinping there in 2013.

But even as relations with ASEAN have never been stronger, clouds are gathering over arguably the world's most successful developing region. The most serious are blowing from China, which has followed an erratic course almost since Xi Jinping became Asia's "man-in-a-hurry" upon taking office in March 2013.

Since 2000, ASEAN countries have averaged gross domestic product growth of more than five percent, though per capita income and living standards still vary widely. Consulting firm McKinsey & Company judged ASEAN collectively to rank the lowest among the world's largest economies in GDP growth volatility from 2000-2013. Still, economic cooperation has generally not lived up to the hopes and aspirations of most member countries. Over nearly five decades, the rhetorical bar regarding intra-ASEAN trade and investment has always been set significantly higher than actual performance.

At the time of the initiation of the ASEAN Economic Community in 2015, the ten countries were still trading much more with the rest of the world than with one other, especially if trade figures are adjusted to separate intraregional trade among Japanese and Chinese corporate shipments of parts and components for their regional supply chains. 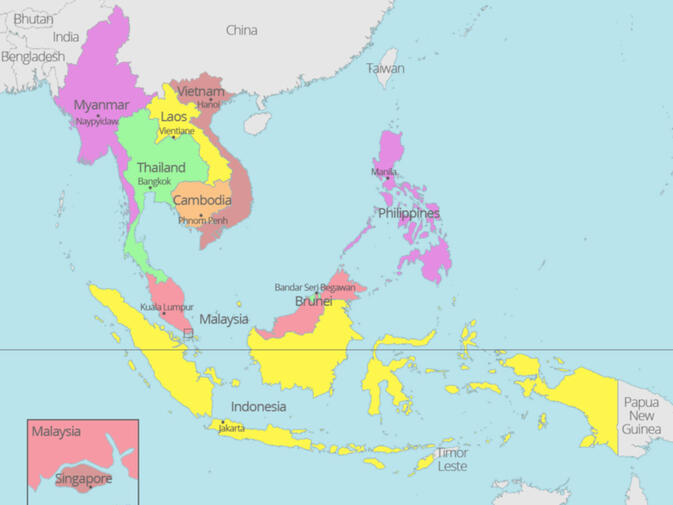 Relations with the US have been warm throughout ASEAN's expansion and evolution, though US preoccupation with the Middle East after 9/11 and the invasion of Iraq created significant anxiety in some capitals about the strength of American interest and staying power. Relations have been on the upswing since the beginning of the Obama administration, though some important moves such as the Rebalance to Southeast Asia, and closer engagement with Vietnam, had their bureaucratic, if not high-level political, roots in the last year or so of the George W Bush administration.

To date, nervousness about China's increasingly assertive efforts to solidify its claim to nearly 90 percent of the South China Sea — including parts of the 200 nautical mile Exclusive Economic Zones (EEZs) of five ASEAN countries — has been the single most important reason for the positive reception in the region to the US military rebalancing to East Asia and the US's broader political and economic reengagement with Southeast Asia.

China's effort to create a modern mare nostrum in the South China Sea through bullying and the deployment of overwhelming numbers of maritime police vessels, coast guard and PLA warships, remains a continuing threat to regional peace and stability while driving other claimants closer to the US. But in recent months, China's fast-slowing economy and unsettling blunders by the Central Bank have created even more imminent dangers to both to ASEAN economies and regional stability.

The main reason has been China's emergence little more than five years ago as the single largest market for ASEAN exports of commodities and manufactured goods. Chinese imports and fast-growing American investment were twin engines of growth that supported ASEAN throughout the global recession.

Now China's rapidly slowing growth and questions about its financial stability are imposing a serious and unexpected drag on ASEAN's largest economies, where massive Chinese investment in mines, as well as deforestation in order to create rubber and oil palm plantations and transportation infrastructure, have left communities adrift in a wasteland of environmental devastation.

The falling yuan and the Xi administration's surprisingly clumsy handling of its financial turmoil have shaken investor confidence throughout the world. China's economic slowdown is likely to continue until policymakers finally make well-recognized but politically difficult reforms and the economy purges itself of excess capacity and non-performing debt. Meanwhile, the rapid fall in imports of commodities, coupled with a weak and still tenuous recovery of the global economy, pose a serious short and medium threat to the wellbeing of most ASEAN countries. 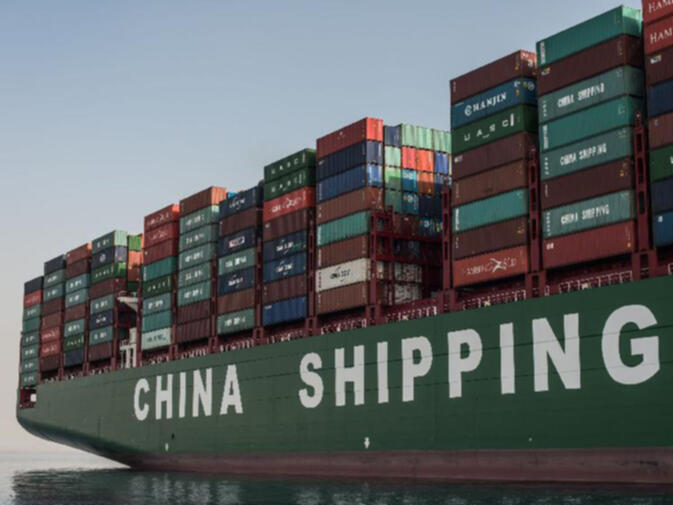 Several non-military moves of the Obama administration, including the 2009 Lower Mekong Initiative (LMI) and the Trans-Pacific Partnership (TPP), have been strongly welcomed by the relevant countries — Cambodia, Laos, Myanmar, Thailand and Vietnam in the case of the LMI, and Brunei, Singapore, Malaysia, and Vietnam in the case of the TPP talks. But Thailand and one or more other countries have reason for concern that their own exports and attractiveness to multi-national investors will suffer as a consequence.

How Washington responds to the situation in the South China Sea, and its overall policy towards Beijing, are certain to be high on the list of talking points for the ASEAN leaders, as will a range of multilateral and bilateral development and capacity building programs under the framework of the new US-ASEAN Strategic Partnership and the LMI.

Equally if not more important will be the TPP agreement and its uncertain fate in Congress. If approved by Congress, the far-reaching agreement will almost certainly have significant economic, financial and even domestic political impacts on both the four ASEAN signatories, as well as the six who are not. Non-signatory ASEAN countries as well as China will be disadvantaged by restrictions on third-party content. The most likely short-term disadvantage will fall on Thailand, the largest ASEAN economy after Indonesia, because of its deep integration in regional supply chains and geographic centrality astride major regional transportation networks.

In addition, TPP discussions and the South China Sea tensions, concern that ISIS is establishing a foothold in the region and the best means to counter its recruitment efforts and the establishment of terrorist cells will be high on the Sunnylands agenda. Economic and security concerns, particularly those where the root cause emanates from China, continue to drive several ASEAN states closer to the US, openly in the case of Vietnam and the Philippines, and quietly in the case of Malaysia and Indonesia.

It is unsurprising that these issues will drive the conversation at Sunnylands. The Obama administration and ASEAN would also be wise to begin to give equal weight to conversations on climate change resilience and energy governance, two areas where ASEAN countries are lagging but are beginning to articulate the need for external partnerships.

Editor's note: This article was authored by Dr Richard Cronin, director of the Stimson Center's Southeast Asia program, and originally published on website East by Southeast. It is reposted here with permission.

As I recall, the YS government killed millions of SE Asian people, 1950s-70S. Does that count as bullying?

US not YS. Sorry.