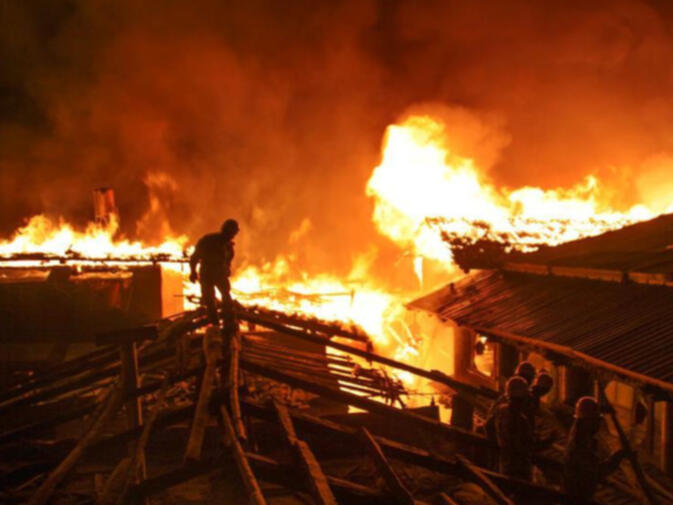 Nearly two years after a catastrophic fire gutted large swathes of historic Shangri-la, the city's old quarter has reopened to visitors. In a ceremony held on New Year's Day, officials once again welcomed tourists to the 1,300 year old town, saying although much work remains to be completed, remade sections are now safer and more modern than before.

The 2014 fire burned for 14 hours and destroyed or severely damaged more than 300 Tibetan-style homes and businesses. Most of the affected structures were located in the old town area called Dukezong (独克宗). The severity of the blaze was partially a result of old, and sometimes ancient, interconnected wood buildings lining tightly packed streets. Five hundred firefighters and some 1,500 volunteers were unable to quell the flames largely because fire trucks were too large to navigate the old quarter's narrow cobblestone lanes.

Following the disaster, roughly 67,000 square meters of Dukezong — or one fifth of the "historic preservation area" — were razed to the ground. For much of the next year the old town center was a huge hole in the ground, as survey and construction crews worked to restore and update water and electric utilities. Much of that work has now been finished, but so far only 94 damaged homes have been fully renovated. 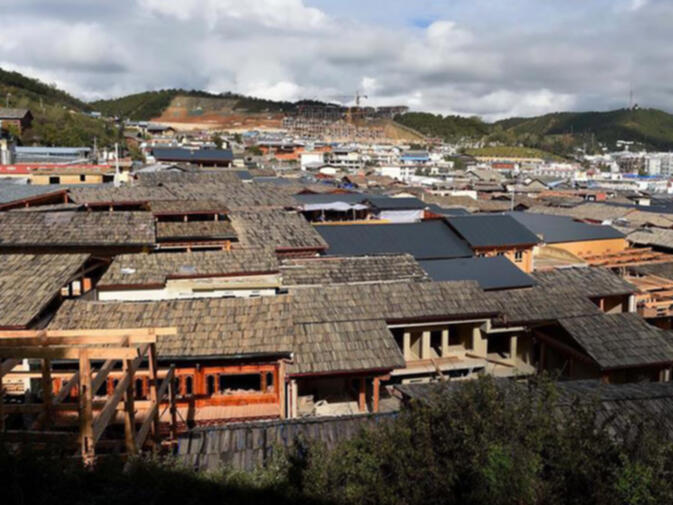 City and provincial officials pledged 100 million yuan (US$15.4 million) for rebuilding efforts that they say will "respect local culture...[and] restore the town to its original appearance". However, many of Dukezong's original residents relocated after the fire left them homeless and have reportedly decided not to return.

Despite government rebuilding stipends, of major concern for previous local business owners was the "reduced footprint of their shops because of new zoning and fire codes." This could mean, when all is said and done, developers may outnumber locals in the newly constructed old town. If such concerns prove warranted, Dukezong would follow eerily in the footsteps of Lijiang, another northwest Yunnan old town once leveled by disaster.

The 2014 disaster in Shangri-la — caused by a space heater — was the first in a string of similar old town blazes across the province. Shuhe (束河), known as a somewhat quieter version of Lijiang, also suffered a fire two years ago, although with much less extensive damage. Then, just as 2015 arrived, the 600 year-old Gongchen Tower (拱辰楼) in Weishan County was completely destroyed. The series of fires prompted provincial officials to call for improved safety standards, for which they allocated funds.

As good as old

Sounds okay so far, near as one can tell - but an open question: who benefits most, in terms of money and/or power (or, or that matter, anything else), from the creation of such tourist spaces and cultures, and where do they live? Is it all win-win? And how might it be calculated?