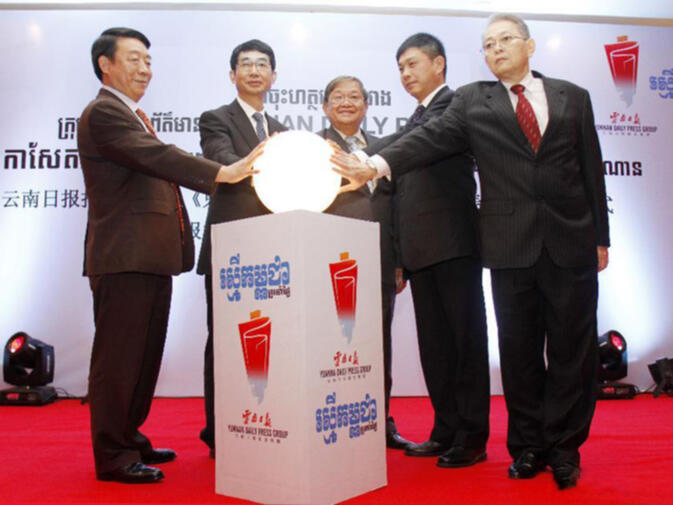 Yunnan is increasingly reaching out to its international neighbors in all manner of ways. In the recent past, such involvement has largely taken the form of investment and development assistance packages. However, Yunnan Daily Press Group (YDPG) has taken a different soft-power approach — media exchanges between it and some of the largest print outlets in South and Southeast Asia.

Beginning December 15, YDPG began its newest publishing partnership with The Nation, an English-language newspaper and media conglomerate based in Bangkok. As part of the agreement, YNPG will publish an insert in The Nation entitled China: Yunnan on a weekly basis for the entirety of 2016.

The collaborative effort looks to capitalize on increasing business, education and tourism ties between Thailand and Yunnan. The newspaper supplement will reportedly focus on development, lifestyle and environmental trends occurring in Yunnan that are of "interest to the Thai people".

Speaking at an event recognizing the agreement, Tian Jing, deputy editor-in-chief of YDPG, said an estimated 500,000 Thais visit Yunnan each year, while 900,000 Yunnanese travel to Thailand. Building on the print agreement, the two media outlets plan to establish a cooperative "new media platform" — focusing on digital content — while also opening offices in Bangkok and Kunming.

For YDPG, the collaboration is also an opportunity to promote Chinese President Xi Jinping's Belt and Road Initiative. Southeast Asia is an important cog in the sprawling strategy to make China the center of trade and commerce across Asia, while also more closely linking the country to Europe and Africa. One goal of the initiative specifically related to Thailand is completion of the long-planned Kunming-Singapore Railway.

Yunnan Daily Press Group was originally founded in 2001. It now manages nine newspapers and three magazines in Yunnan with a combined daily circulation of 500,000. The media group also has publishing agreements with news outlets in Bangladesh, Cambodia, Indonesia, Malaysia, Myanmar and the United States. The Nation, meanwhile, is one of two major English-language daily papers in Bangkok, and publishes in 19 other countries.