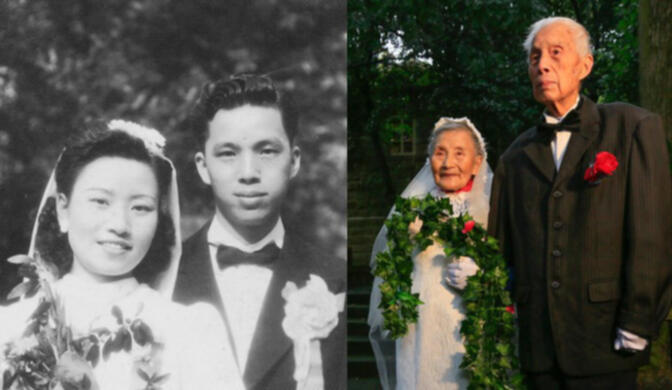 A week ago in Chongqing, an inspiring couple from Kunming celebrated their wedding anniversary in style. No self-aggrandizing affair, the renewal of vows commemorated the couple being together for 70 years, despite war, famine and the upheavals of the 1960s and 1970s.

Husband Cao Yuehua (曹越华) and his bride Wang Deyi (王德懿) were married in 1945, just after the close of the Second World War. The two first met in the midst of war, as China's best and brightest college students were moved west and encouraged to attend the newly founded Southwestern Associated University in Kunming. They first met while dancing together at a school-sponsored ball, and the two recall falling quickly in love. However, they were separated only a few months later, as Cao was conscripted into the war effort.

He served as a translator for General Joseph 'Vinegar Joe' Stilwell in both India and Burma, fortunately missing serious combat duty. Upon his return to Yunnan after the close of hostilities, Wang met Cao at the Kunming Train Station. He immediately proposed, slipping a ruby ring over her finger that he had purchased while serving overseas. The two were married shortly thereafter in Chongqing. 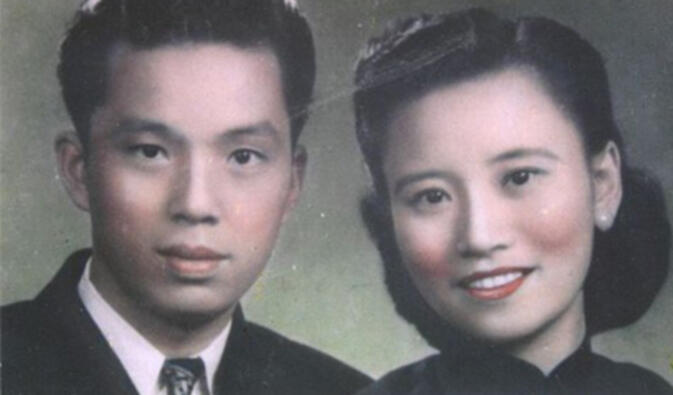 Seventy years later, the venerable couple traveled north from their home on Kunming's Nanping Jie and recreated their wedding ceremony in the same park where their original nuptials took place. Decked out in new and slightly updated wedding clothes, they reminisced about their time apart during the war. The focus of those memories are the love letters Cao and Wang sent back and forth between China and Burma, especially the poems they composed to one another.

Unfortunately, the vast majority of letters were burned by Wang during the Cultural Revolution as her husband was denounced for aiding the United States military during World War II. However, the couple's son, Cao Pangpei, told CNN the meaning of the letters is not lost:

They have been with each other for so long and the love never fades. Their relationship is so strong that even in the darkest times...they trusted each other and supported each other to get over the adversities...My parents are 98 this year. Nowadays, they can barely remember many things [from] their lives, but they can recite the love poems they wrote to each other during wartime.

The couple also revisited the site of their wedding ten years ago while celebrating their golden anniversary. The tradition is more for their family members than themselves at this point. "We want to use the celebration our seventieth wedding anniversary," Wang told reporters, "not just for ourselves, but as a way to create sweet memories for our children and grandchildren." Cao and Wang plan to once again go to Chongqing when they both turn 100 years-old.

Unfortunately, the vast majority of letters were burned by Wang during the Cultural Revolution as her husband was denounced for aiding the United States military during World War II. However, the couple's son, Cao Pangpei, told CNN the meaning of the letters is not lost...

"My parents are 98 this year. Nowadays, they can barely remember many things [from] their lives, but they can recite the love poems they wrote to each other during wartime."