Snapshot: In search of Shangri-la 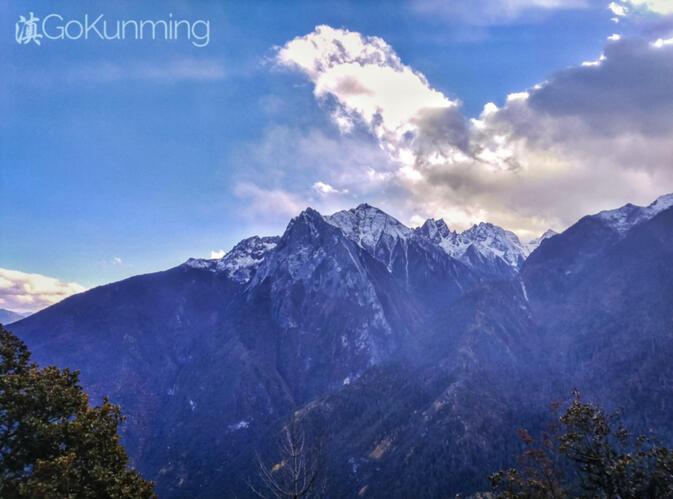 Recently, Cultural Diving (东学西玩) founder Robin Luo headed to the Jinsha River (金沙江) to help plot the course for the Shangri-la Marathon, to be held in May 2016. Along the way he passed through some of southwest China's most stunning scenery, finally arriving at the base of Meili Snow Mountain (梅里雪山), a holy Tibetan peak soaring to a height of 6,740 meters. 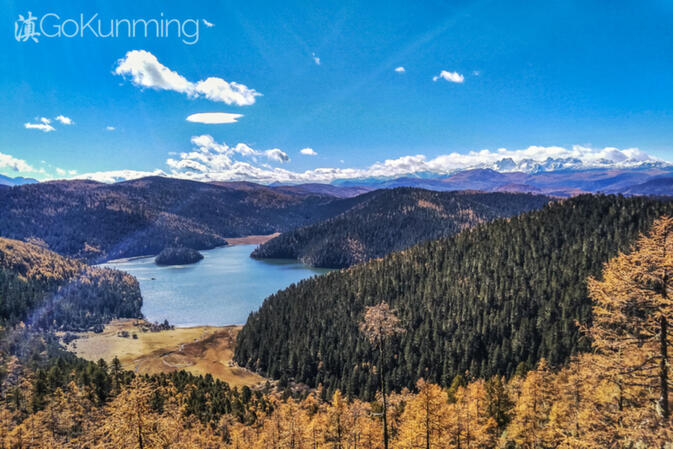 English writer James Hilton's 1933 novel Lost Horizon first introduced the term 'Shangri-la' to the world's collective consciousness. Like the scenery of northwest Yunnan, the book captivated people around the world with its blend of mystery, adventure, fantasy and the idea of exotic travel to Tibetan lands. 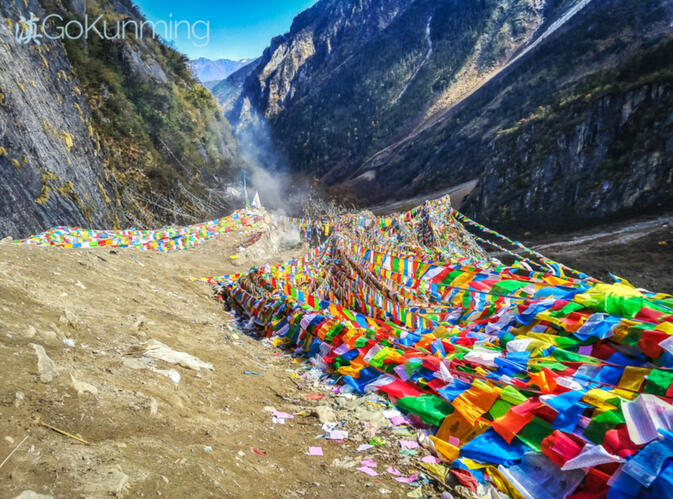 Although no one knows if Hilton based his novel on any one specific place, it may as well have been the area through which Luo and his compatriots recently traveled. 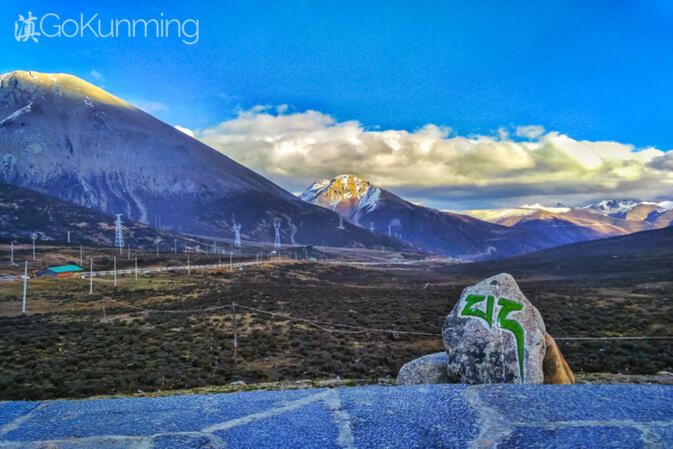 In addition to enormous peaks and oft-times otherworldly alpine scenery, Luo's trek north along the Jinsha snaked through what is indisputably China's most biologically diverse region. 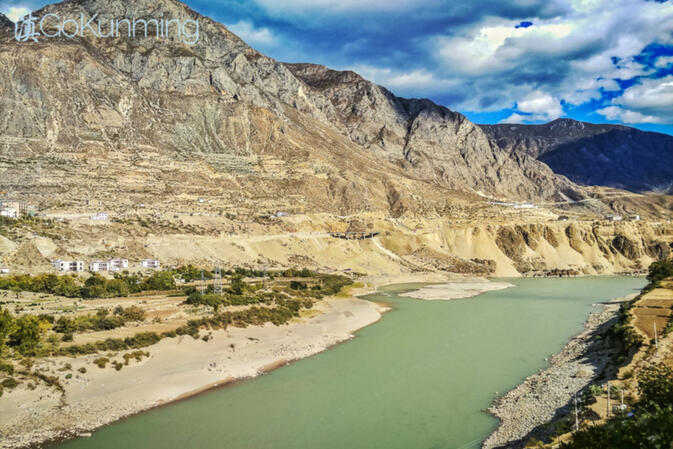 The Jinsha River is the easternmost of the Three Parallel Rivers, with the Lancang River (澜沧江) — headwaters of the Mekong — running through the middle, while the Nu River (怒江) flows to the west. At points, these three incredibly important waterways run nearly side-by-side for 170 kilometers. 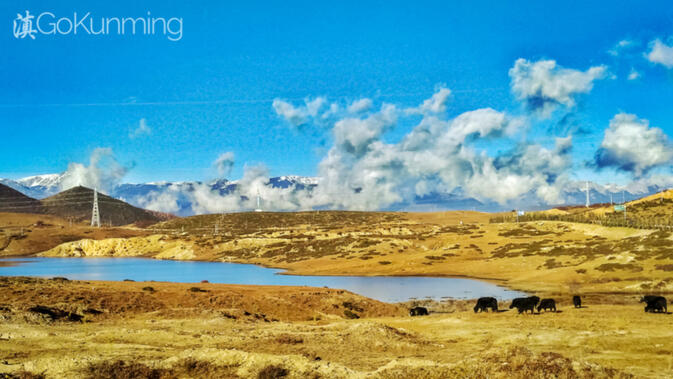 Heading roughly north out of Lijiang and through the yawning abyss of Tiger Leaping Gorge, Luo and his party headed toward Pudacuo (普达措国家公园), China's first national park. 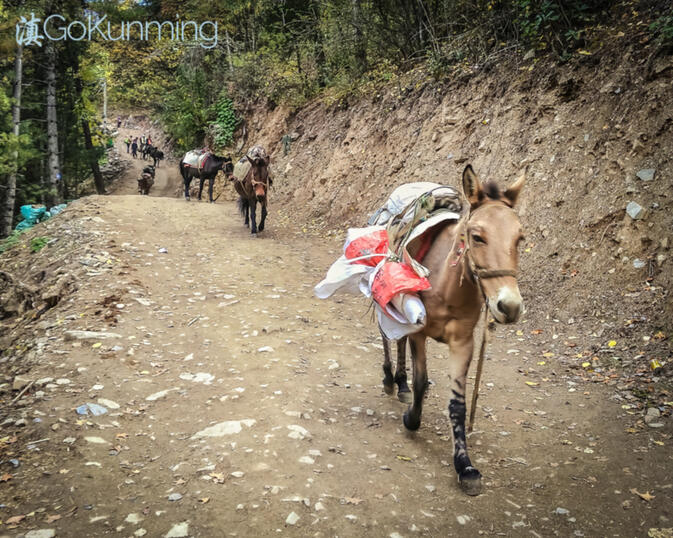 Nestled deep in the mountains of northwest Yunnan at an elevation ranging from 3,500 to more than 4,000 meters, Pudacuo is recognized as much for its dramatic topological contours and rich biodiversity, as it is for its stunning natural beauty. 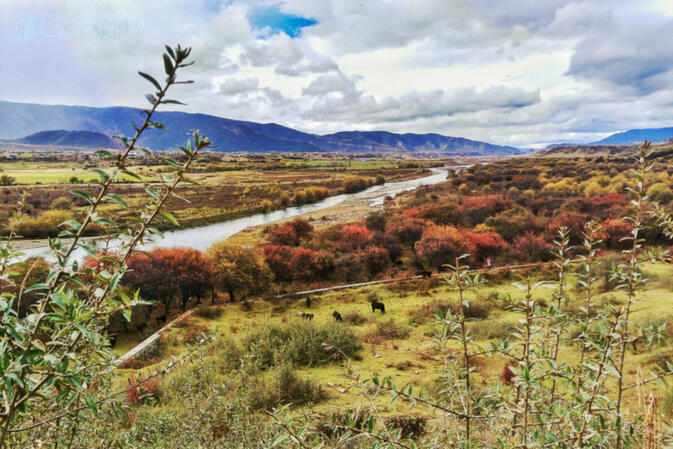 Although the Pudacuo region comprises only 1,300 square kilometers, it contains an estimated 20 percent of the country's plant species, about one-third of its mammal and bird species and almost 100 endangered animals. 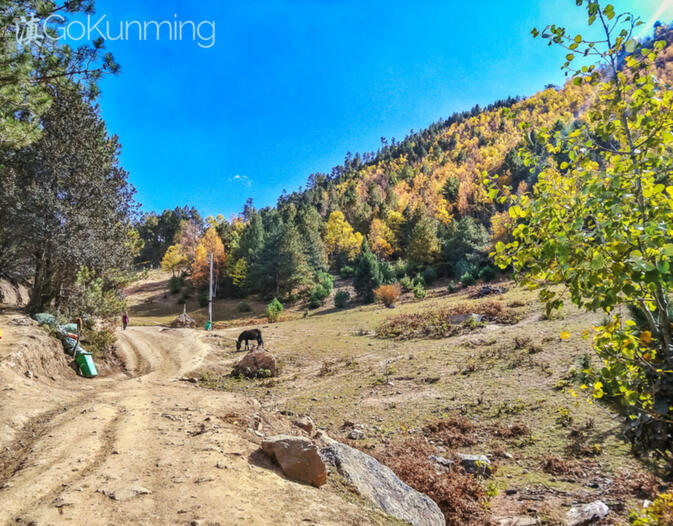 High alpine wetlands, a collection of sparkling glacial lakes and dense forests provide refuge for Tibetan yaks, black-necked cranes and a host of other wildlife found nowhere else in Yunnan. 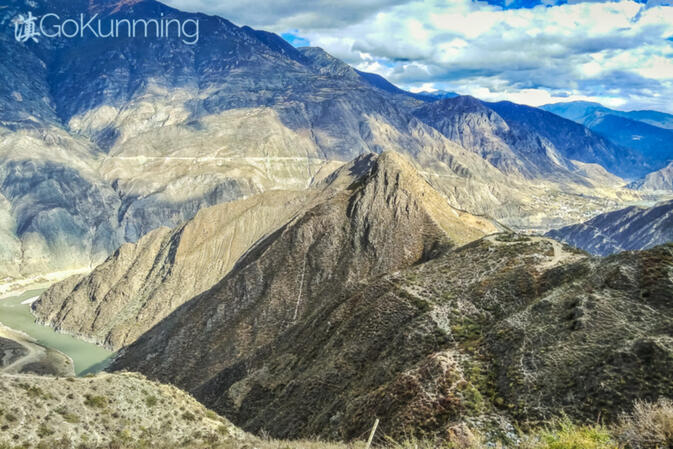 Major population centers are few and far between at this elevation, save for the marathon planner's next stop, Deqin (德钦). However, enterprising locals sporadically set up road-side shacks to make the journey more palatable. Tourists are an ever-increasing presence, drawn by the region's mystique and rarified air. But long before airports and highways made access far more easy, it was Buddhist pilgrims and caravan muleteers who plied the mountain passes. Meili Snow Mountain, the ultimate goal of this journey, is also called Kawagarbo after the warrior god who dwells amongst its peaks. The mountain has never been conquered by man, adding to its local legend. Beginning almost a century ago, teams from China, Great Britain, Japan and the United States have all mounted summiting expeditions without success. The entire massif is now closed to climbers, and most people catch up-close glimpses of Meili Snow Mountain from the much safer confines of an observation deck at Feilai Temple (飞来寺). Although officially on a business trip, Luo and his co-workers heard from locals that watching the first light of day hit the snow-covered peak was not only auspicious, but a way to accrue merit. They dutifully rose before dawn to witness a 20-minute sunrise. They, or course, were not the only people to do this, and met dozens of other people eager to take in the sight. An estimated 20,000 people come to Meili Snow Mountain each year, although not as tourists but as devotees. Circling the mountain once on foot is an act of dedication — between 240 and 300 formidable kilometers for a full circuit. Their journey and job assignment complete, Luo and the other marathon planners left this inspiring corner of Yunnan without ever setting foot in the official Shangri-la. They departed equally as impressed by the land through which they passed as they were by the people they met. If you are interested in visiting the Jinsha River and Meili Snow Mountain, or traveling into or out of anywhere in Yunnan, we strongly recommend contacting the good people at Wonders of Yunnan Travel. They customize individual and group adventures to all points on the map, and specialize in making your trip South of the Clouds extraordinary.

Where was the photo 4th from last photo taken (stone stacks on riverbed)? How would I get there?

That photo is on the trail from Yubeng village to the sacred glacial waterfall on Meili Xueshan or Khawa Karpo. It's a day hike from Yubeng, so involves a two night's stay in the village. To get there you need to drive to Xidang village a few hours north of Deqin on the Mekong and then hike about nine hours to Yubeng.

Thanks much for the detailed info. Going to try next fall then.