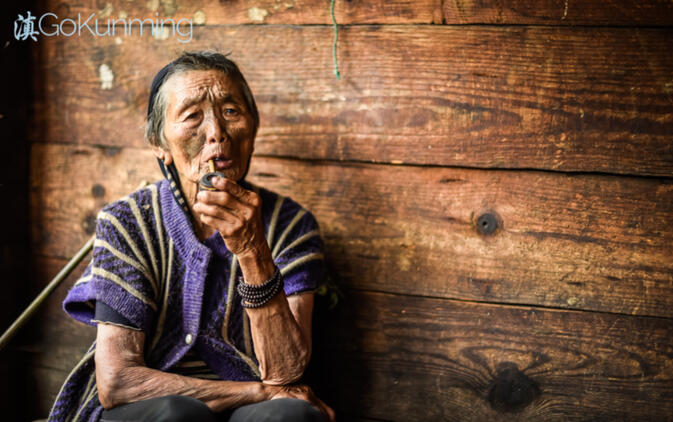 Recently, the Ethnic Dulong Survey Team conducted a week of anthropological observation and interview research based around the remote village of Dizhengdang (迪政当村). Under the leadership of Professor Gao Zhiying (高志英), an expert on ethnic Dulong culture and society, the 21 team members spent three days heading from Kunming to one of Yunnan's most remote river valleys.

The survey team from Yunnan University found state-funded housing and road projects are transforming the culture of the Dulong people (独龙族), who have for centuries inhabited the Dulong River area largely undisturbed. Now, with the opening of a tunnel and road in 2014, their traditional way of life has been changed and sometimes disrupted by a permanent link to the outside world. 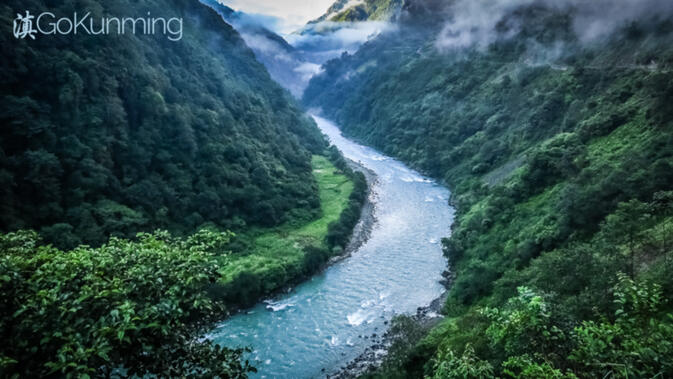 A bit of background

The town of Kongdang (孔当) sits on a plot of flat land by the Dulong River, and is also a stop on the Dulong River Road, which begins in Gongshan (贡山县). Dizhengdang is 42 kilometers further north of Kongdang and currently inhabited by 592 villagers comprising 158 households.

The narrow Dulong river valley is formed by an upstream tributary of the Irrawaddy River, which runs primarily through Yunnan before reaching Myanmar. Its course cuts across the Gaoligong Mountain Nature Reserve. Seventy percent of the entire Dulong population — roughly 4,000 people — call this area home. A long history of isolation and poverty has for decades made the Dulong targets of socio-economic aid and government-funded 'reforms'. 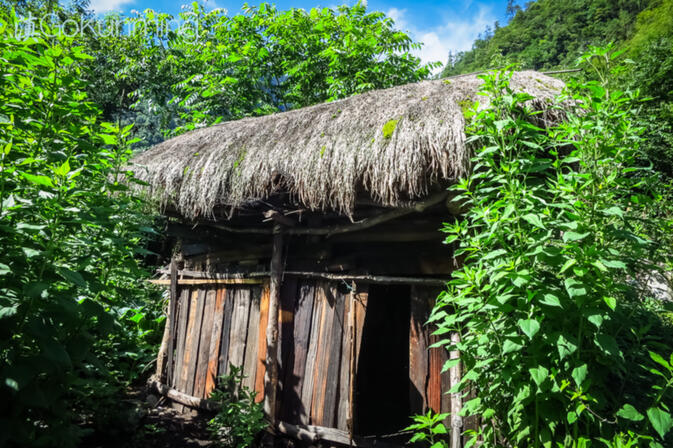 The first of these began in 1964, with the establishment of the 65-kilometer People and Horse Track (人马驿道). This footpath was built largely by the People's Liberation Army and opened a new avenue for the supply of everyday goods to inhabitants of the Dulong valley. The seven-day hike to Gongshan was cut to four, making the transport of commodities in both directions less cumbersome. A state-operated mule caravan later shuttled vital supplies such as grain and clothing back and forth over the mountains as well, ending the need for military parachute drops of supplies that preceded the path. In 1999, a 96-kilometer road from Gongshan to the Dulong River saw its first traffic, officially 'opening up the last minority area in China'.

Fifteen years later, a seven-kilometer tunnel opened along the Dulong River Road, reducing travel times further and making villages once unreachable during the winter months accessible year-round. Other branch roads are planned or under construction to even more distant hamlets. These include Dibuli (迪布里), Nandai (南代), and Xiongdang (雄当) near the Tibetan border — which are still only accessible by dirt paths, tiny suspension bridges and Yunnan's quickly disappearing ziplines. 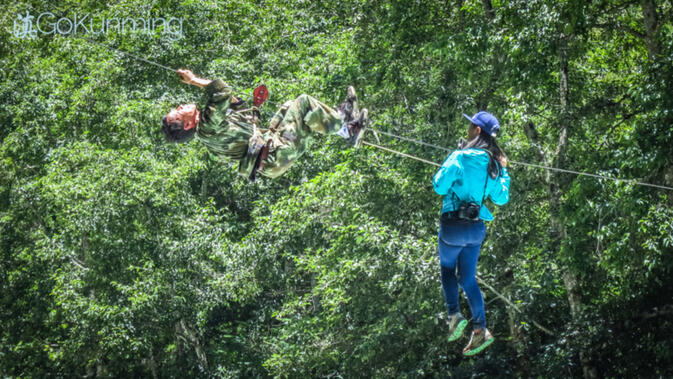 Traditionally, the Dulong practiced subsistence slash-and-burn agriculture while cultivating corn, millet, buckwheat, taro and several varieties of beans. However, the Chinese government has, since 2003, subsidized many villages with cash and handouts of rice in efforts to conserve forested hillsides. This has had multiple and often contradictory consequences. In addition to hunting and fishing, the joint cultivation of traditional agriculture is a core element of Dulong culture, relating not just to native ecological knowledge, but also to religion and social organization.

Thus, the implementation of grain and cash handouts has increased the Dulong people's dependency on state subsidies, decreased overall agro-biodiversity, and threatened to make endemic bio-cultural knowledge a thing of the past. The extra time saved from less farm work also leaves room for some villagers to seek out timber and herbs in the mountains, which, while increasing incomes, also results in unintended natural resource depletion and a new form of deforestation. 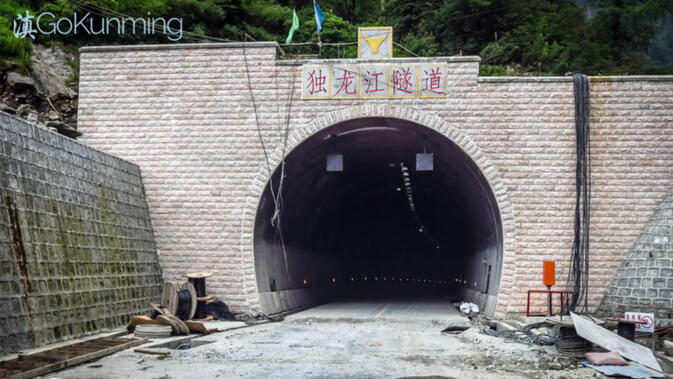 Between 2010 and 2014, the provincial government invested a further 1.3 billion yuan (US$203 million) in "improved housing, infrastructure, social development and environmental protection". This included the building of several modern housing clusters not necessarily located near where their proposed inhabitants traditionally call home.

For example, the research team from Yunnan University observed in Dizhengdang that each household has its own house built by the state. However, the choice of the new village site only took into consideration road accessibility. The new compounds are convenient for villagers living nearby but for those living scattered in the mountains beyond road networks, a move to a new home without arable lands is problematic. 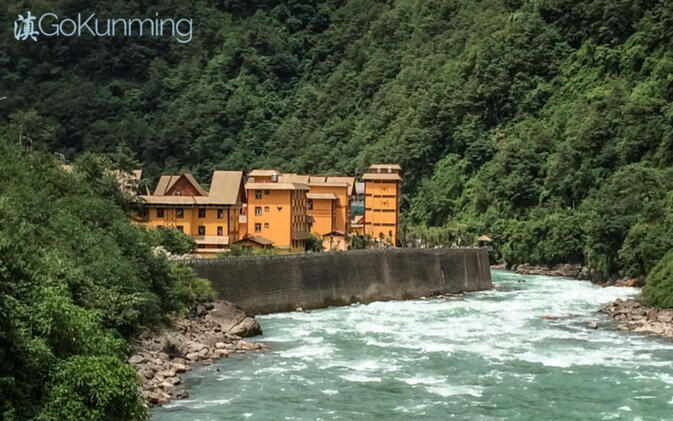 Among the 40 households in the northernmost hamlets of Xianghong and Nandai, not one them have moved to the new compounds in Xiongdang and Dizhengdang. When asked why they had not taken advantage of government housing, many replied "We don't have farmland nearby the new villages, and the elderly also prefer to stay in the places where they grew up". All villagers interviewed expressed satisfaction and gratitude for government subsidy policies, but considering the high cost of daily supplies transported to this remote valley, most Dulong people still have to work very hard in the fields to lead modest lives.

Another major factor soon to affect Dulong culture is the expected inundation of tourists hungry for the opportunity to see an ethnicity most famous for tattooing the faces of its women. While this practice is no longer common, many of the older female residents do still bear the marks of this tradition.

During the researchers' one-week canvas of the area, the fledgling tourist industry was apparent, with visitors from Kunming and Shenzhen being the most prevalent. Due to the policies listed above — as well as the opening of a permanent road — the Dulong people are undergoing radical changes to their society and culture. How they adjust to the rapid encroachment of the outside world remains an open question. Fascinating look at disappearing culture. A really frank report on the effects of the introduction of modern ideas and methods.

There were, of course, some foot- and mule-paths there also before 1964. The article didnt deny this, but heres just saying that it was not totally inacessible area. As an example, a French explorer Henri D'Orleans trekked across from there to India long before 1964. Tibetans used to come down and raid slaves there etc. Maybe Kingdon-Ward was there too. But sure, the more official roads pobably came around since 1960's.