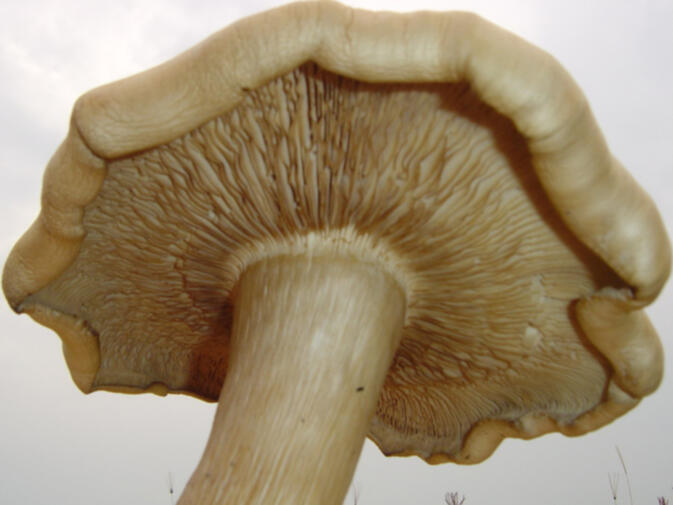 There are some news stories that, because of their strangeness or bizarre nature, are immediately identifiable as coming out of Yunnan. Red pandas running amok, monks serendipitously saving endangered animals, and now a 150-kilogram mushroom found hiding in plain sight. Sometimes the absurd is what makes this province so oddly special.

Villagers discovered the colossal fungus growing in the shade of a tree in Kangping (康平乡), a town in Pu'er 30 kilometers east of the prefectural capital. A local man on his way to work at a nearby lumber mill first caught a glimpse of the mushroom cluster. He phoned his friend Bai Chun (白春), a restauranteur, who located the enormous fungus among a grove of bougainvillea trees.

Bai then called police to ensure she could harvest the mushroom, which was on public property beside a basketball court. Permission granted, Bai began picking the choicest parts, some stalks of which were bigger around than her arm. She reportedly filled the bed of her pick-up truck and had to make a second trip to collect the remaining caps. 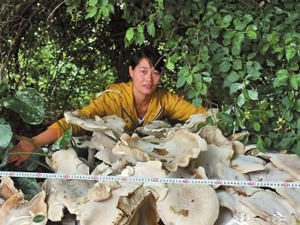 The mushroom in question, along with Bai Chun, who has a lot of soup to make

As a safety precaution, police sent pictures of the mushroom to Li Mengjie (李梦杰), an expert in Pu'er. He identified the cluster as a species called Tricholoma giganteum, known in Chinese as juda koumo (巨大口蘑). The fungus typically grows in subtropical wooded areas where it enjoys a symbiotic relationship with indigenous trees.

Li informed the authorities the mushroom posed no risk to diners and is indeed edible. "When cooked in a soup," he said, "it retains a sweet flavor." Li explained that while such mushrooms are fairly common around the cities of Honghe, Pu'er and Yuxi, they typically do not exceed 20 or 30 kilograms. "A cluster weighing 150 kilograms is definitely rare!"

Finds such as the one in Kanping are indeed atypical. However, at least once during Yunnan's summer rainy season, someone will uncover a truly immense specimen. The province is famous for producing enormous amounts of edible mushrooms. The industry was valued at over US$100 million in 2012, and at the time accounted for more than 50 percent of all fungi exported worldwide.

pity it has a spelling error

The pig comes out of retirement to strike again.

I have this craving for cream of mushroom soup. Too bad cream is hard to get.