Getting Away: 48 hours in Kuala Lumpur 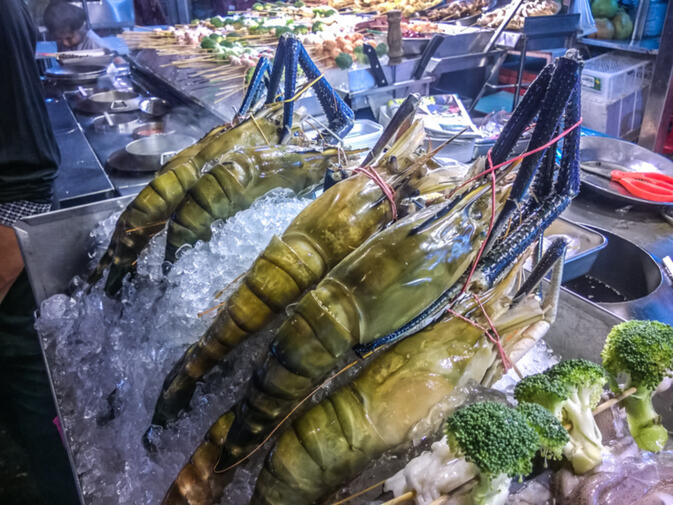 Hot, steamy and thrumming with life. This is the general impression of Kuala Lumpur. It is a city of gleaming glass skyscrapers interspersed among rundown, four-story apartment blocks stained by use and the elements. At first glance, Malaysia's capital appears to be a strange amalgam, as if Bangkok and Hong Kong somehow had a Muslim child.

The city hums — at times quite literally — with life fueled by the collisions of history, vastly different cultures and a concerted effort to attract tourists. At its foundation, Kuala Lumpur is obviously Malay, but influences from China are particularly noticeable because the city's ethnic Chinese population hovers just under 50 percent. This, combined with smaller communities of Indians, Bangladeshis and Indonesians, gives the city a cosmopolitan feel and has incubated some truly extraordinary culinary traditions. 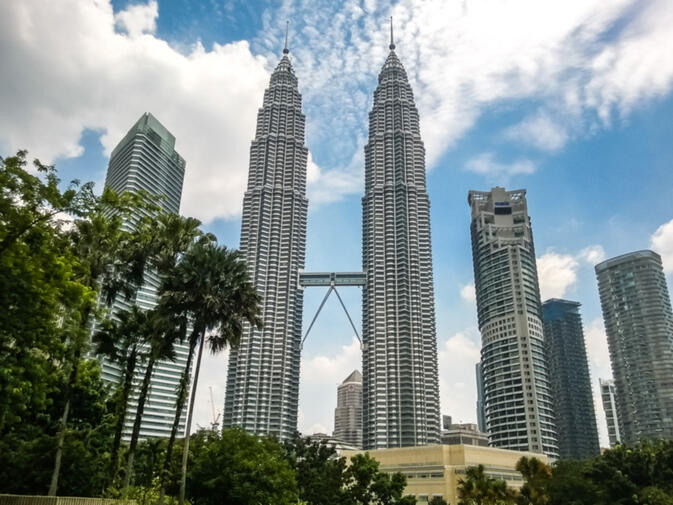 After checking into our hotel, we began our exploration of Kuala Lumpur by visiting the most iconic site in the city, the Petronas Towers. Officially opened in 1999 after seven years of construction, the skyscrapers instantly became the centerpiece of the city's central business district. Tickets to visit observation decks perched more than 400 meters above the ground cost 85 Malay Ringgit (140 yuan) and can be purchased in advance online or at booths inside the towers themselves.

We passed up the chance to ride to the top due to fog, and instead visited Suria KLCC, a monstrous shopping center located at the foot of the towers. Eschewing the upmarket stores and boutique clothing outlets, we instead headed immediately to Kinokuniya Bookstore, which boasts a collection of more than 300,000 titles in more than a dozen languages. 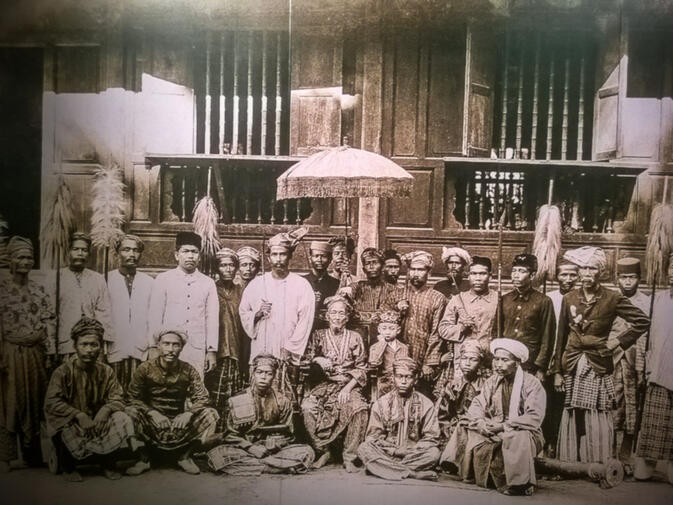 That took a large chunk of the morning and most of our available cash. When we emerged back outside, the fog had cleared to be replaced by blistering sunshine. The heat and humidity were nearly overpowering, and we marveled at anyone not standing in the shade, reserving scorn for a foreign jogger doing laps with a contentedly superior look on his face.

Luckily for us, just outside the main entrance to the shopping center was a lovely park, complete with huge shade trees, fountains, walking paths and a good view of the surrounding skyline. We grabbed a few bottles of water from a street vendor and decided to relax for a bit. 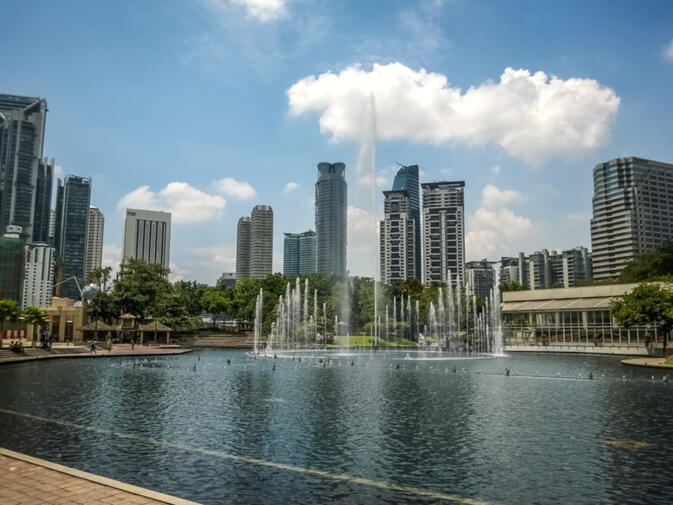 A bit later, and a stroll through the park complete, we headed to the Islamic Arts Museum, entrance to which is free. Located across the street from the National Mosque, the museum contains a stunning array of exhibits covering architecture, clothing, sacred texts, ornamental arms, tea pots and seemingly everything in between across its 12 main galleries.

Of the many, many highlights, scale models of the world's most important mosques rates very well. So too does a corner of the museum devoted to wood and metalwork. The inlay details on many of the most captivating pieces is remarkable, and includes an Indian wood and ivory chess set expertly made by hand 150 years ago.

We ended the day searching for food and settled on simply trying everything. Just down the street from our hotel in the Bukit Bintang neighborhood was a food street a few hundred meters long. Outdoor cafés vied for space with street vendors. The smells were fantastically overwhelming. We had meant to find a specific Indian restaurant but gave up in the face of seemingly unlimited other options. Brimming with street food and stultified by the heat, we returned to our hotel for the night. 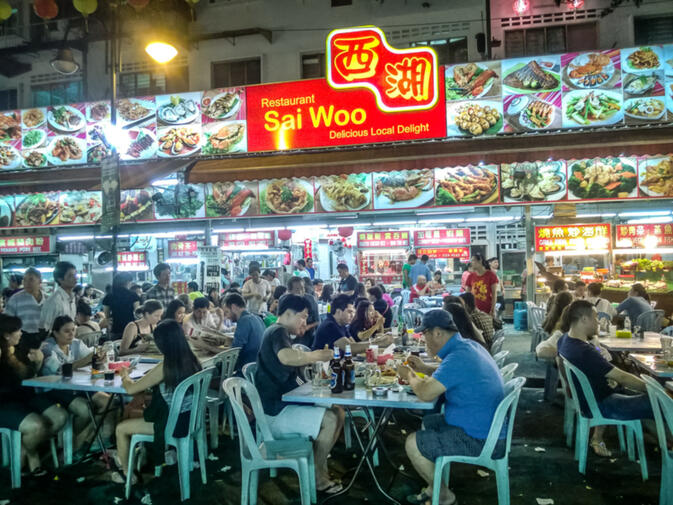 While doing research before the trip, we spent several hours debating what to do with our time once in Kuala Lumpur. Eating, and eating often, stood out as one of the most attractive options. We somewhat reluctantly booked a food tour online for our second day. Having never been on one anywhere, we hardly knew what to expect.

It did not begin in a very reassuring manner. We met our guide Mimi, in a slightly rundown area of Chow Kit. The place certainly didn't scream 'tourism' or 'cuisine'. As Mimi led us into a low and dark market of makeshift shacks with corrugated steel roofing, we braced for the worst. We certainly shouldn't have.

Inside the endless warren of shops and stalls — aptly called Chow Kit Market, and Kuala Lumpur's largest — we were first introduced to a man who used a car battery to electro-plate gold onto a spare coin. This unexpected turn of events was followed by incredibly tasty barbecued meat on a stick, a spicy pickled salad and sinfully sugary iced drinks the color of engine coolant, complete with floating beans. Our food parade had begun. 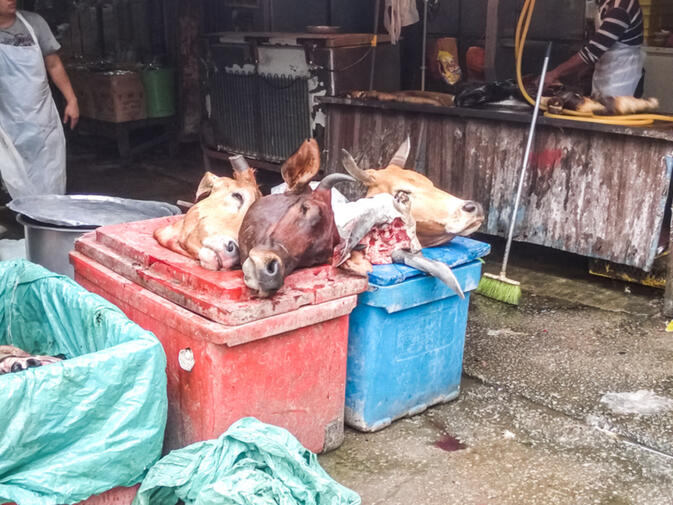 Mimi told us she was much more comfortable taking people on a tour of authentic places where actual Malays eat than attempting to tailor excursions to specific, and often finicky, foreign tastes. After the barbecue, we were happy to follow her anywhere. She took us to a bakery in continuous operation since the 1950s run by Chinese emigres. Their cookies were phenomenal, and the machinery they used to make them looked like something out of a bad science fiction film.

In total the tour involved seven stops for seven completely different tastes of Malaysia. It also featured a ponderous amount of walking, which ended up being a good thing considering how much we ate along the way. We were led through alleys of identical car repair shops and hustled across highways roaring with traffic. The food we sampled included Malaysia's national dish nasi lemak, Chinese noodles, roti flatbread, curries, preserved meats and fried rice. Stuffed to bursting and nearing the end of our trip, we asked Mimi if she could take us to a section of Kuala Lumpur we had heard of but knew absolutely nothing about. Fortunately for us, Kampung Baru was only a few minutes' walk away.

Situated less than half a kilometer northwest of the Petronas Towers and occupying prime real estate beside the Klang River, Kampung Baru is a collection of simple houses which seem completely and utterly out of place. The families living in the neighborhood reside in modest single-story homes built on stilts. They have thus far collectively refused to sell the land.

Mimi explained the residents have so far been unwilling to sell their 378 hectares despite claims by some developers of it having a value of US$9 billion. There is nothing particularly amazing about the place, save for the fact that dozens of families eschew great wealth to continue living as their families have for several generations. We concluded the tour with a completely unnecessary stop for dinner of more curry, more bread and more fried rice. It was an absolutely fantastic, glutinous and enlightening way to spend a day. Kuala Lumpur has countless places to buy a drink and see live music. But the undisputed hotspot is Petaling Street. Just a few blocks long, the strip of two-story, mostly upscale clubs and restaurants is nearly impossible to navigate on weekend nights. Pedestrian and automobile traffic is incessant, as are competing sound systems and the blinding neon glow.

But Petaling is far more than just a party street. Gastropubs serve up some of the best high-end — and expensive — dining options in Southeast Asia, while swanky bars claim imported whisky collections to boggle the mind. It is Bacchanalian in intensity. If everything becomes too much, the trusty food street of our trip's first night is only a five-minute walk away. 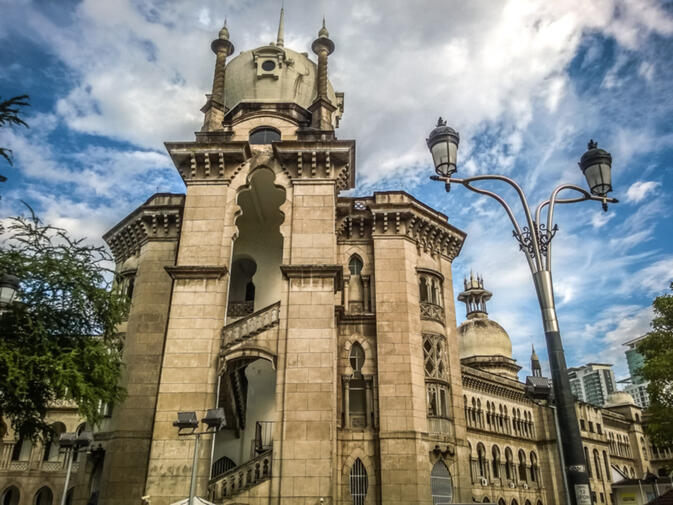 Kuala Lumpur is an enormous metropolis with far more to offer than we could possibly taken in during a mere two-day visit. To hear the taxi drivers tell it, the surrounding suburbs are nearly their own individual cities and deserving of a look. We tended to explore near the city center, but only an hour or two outside of Kuala Lumpur are Hindu cliff temples, vast tea plantations, colonial era towns and a Formula-One racetrack, to mention only a few.

From Kunming, Kuala Lumpur is a four-hour, direct flight away. Prices of course fluctuate, but round-trip tickets can often be found online for around 1,500 yuan. 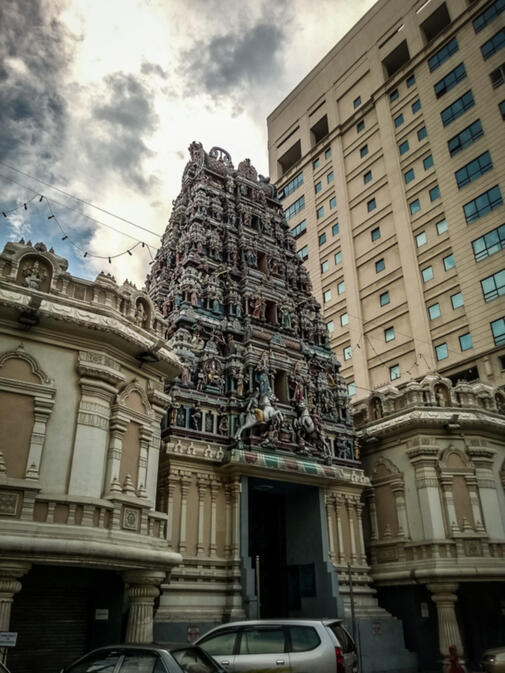 Thanks, have considered KL for a visa run. Do you have a link for Mimi's food tour?

Alex, the food tour was booked through a company called Simply Enak: www.simplyenak.com/