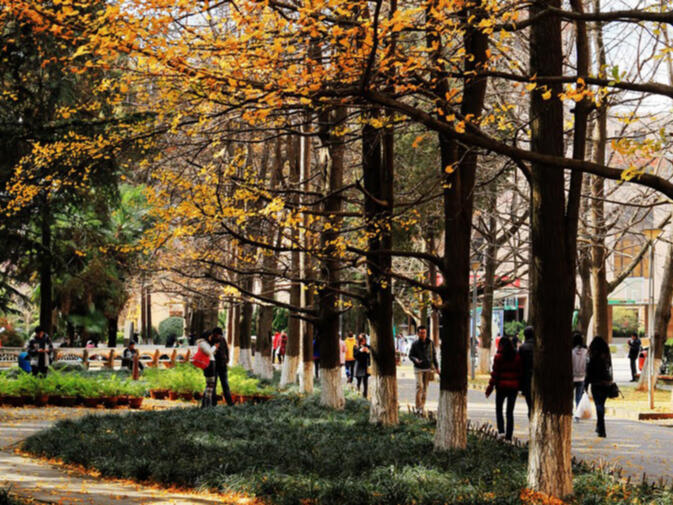 This week, the China Alumni Network (CAN) released its rankings of the best colleges and universities across China. As in years past, the list was dominated by higher learning institutions from the country's mega-cities. Yunnan province landed only a single school, Yunnan University, in the top one hundred.

Peking University in Beijing garnered top honors for the eighth consecutive year. The top five was rounded out by Tsinghua (Beijing), Fudan (Shanghai), Wuhan (Hubei) and China People's University (Beijing). One needs to look down the list to number 63 to find any mention of Yunnan, and a further 55 places to spot the province's second entry.

The CAN rankings were calculated using a litany of variables including rigor of undergraduate courses, number and quality of articles published by graduate students and research professors, academic awards, graduation rate, condition of facilities and many others. Peking University received a perfect score of 100. In comparison, Yunnan University received a grade of 64.98.

In total, ten institutions in Yunnan were ranked in the CAN top 500, all of them located in Kunming but one:

Yunnan has struggled to place its universities highly on similar previous lists of this type, typically trailing many other provincial capitals such as Chengdu in Sichuan. Such educational shortcomings are at least in part the result of woefully underfunded rural primary and secondary schools. In Yunnan's far-flung villages, drop-out rates can reach as high as 40 percent as adolescents either leave school early to work on family farms or move to larger cities in search of jobs.

The pilot program, began last year, allows new university students to apply for tuition grants if they plan to major in the fields of agriculture, agroforestry, medicine, mining, teaching or water conservancy. In return, qualified graduates will be required to commit to three years of community service in one of Yunnan's 28 "border counties or Tibetan areas".

Excellent Stats - Thanks for sharing!

Can you provide a link for the top 500 schools?

This link is only for the top 30 schools.

Located in Hangzhou, the university has been co-founded by eight entrepreneurs and distinguished scholars. 35 CEOs from different fields are taught by Principal Ma.

Aimed at passing on knowledge to the CEOs, Hupan University will follow commercial business principles and foster a new generation of modern entrepreneurs with neo-commercial civilization. It will stick to the principles of holding key values, perfecting society and ensuring non-profit and public welfare.

The university has already selected the first batch of 30 students out of 150 applicants. The tuition fee is 280,000 yuan for three years.

I think there are quite a few educational institutions in China now that are somewhat geared to providing education for those who don't do well on the gaokao but who have money, & therefore privilege. On the other hand, the gaokao is so badlyu conceived that it must certainly screen a lot of people out on the basis of, e.g, how many facts you can remember - as if this were the main point of higher education.

@alien
Yep - it's called the EMBA - costs a LOT more than a traditional MBA and used to be used (now forbidden) to provide networking opportunities with high-ranking government officials.

I believe the general rule or policy was "bring 2-3+ government officials to the EMBA and your tuition (over CNY 10k) is free.

Even the prestigious TsingHua EMBA program had this policy - but as noted - it's since been banned nationwide.

Before we get our knickers in a knot. 90k rmb per year is affordable for millions of Chinese now. These are not programs for a privileged elite or programs for the super rich. The programs at the last two high schools I worked at cost that much and more.
These programs are not affordable to the masses (most working class), but hell how many kids back home cannot afford to go to college either, and how many more don't want to invest in higher education?
Many import cars cost the equivalent of three years study on these programs. And many of these cars are paid for with cash. I don't know of anyone who has taken out finance on a car.

low standards in yunnan, well who would have guessed?

if they pay local techers as bad as they forieng teacher.....

Why College Is Necessary But Gets You Nowhere