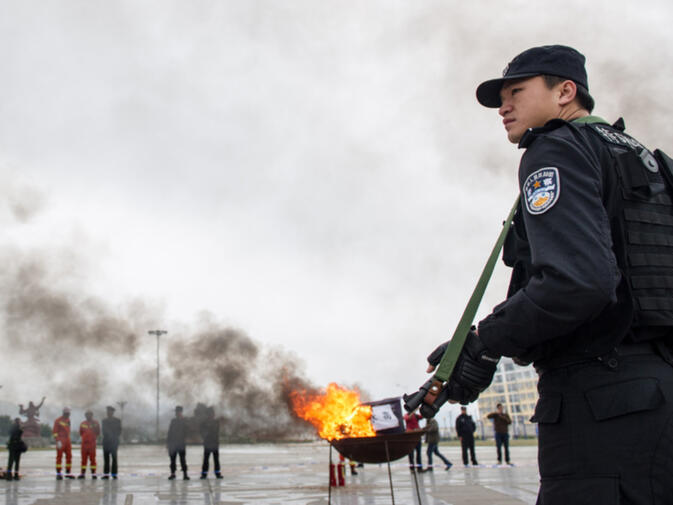 Chinese police have arrested more than 60,000 people as part of a nationwide anti-drug dragnet over the past 100 days. The "People's War on Drugs" officially got underway just before the country celebrated National Day in October, with spokesmen for the Ministry of Public Security (MPS) now indicating the operation will continue through the lunar year and into March.

The crackdown — named Fox Hunt 2014 (猎狐2014) — has the intended mission of "ban[ning] drugs in hundreds of cities across China", according to MPS. This is expected to be accomplished through regional police cooperation and increased international narcotics interdiction efforts. In addition to the thousands of arrests, authorities have reportedly confiscated 11 tons of banned substances.

Another 180,000 suspected drug users have also faced fines and other punishment — 55,000 of them sentenced to complete compulsory rehabilitation programs. Although vague, a Xinhua report asserts national and local law enforcement have plans to work more closely on such cases and "further measures" should be expected.

Although conducted before the People's War on Drugs was officially announced, the crackdown was proceeded in August by extremely well-publicized raids on popular Beijing nightclubs. The drug sweeps in China's capital often involved on-the-spot urine tests and some high-profile arrests — perhaps signaling the coming dragnet.

Statistics for the current law enforcement campaign have not been made available in a province-by-province breakdown, but it can be assumed a disproportionate number of cases were carried out in Yunnan. Although the province is home to just over three percent of China's total population, it nevertheless accounts for an outsized percentage of the country's in-bound drug trafficking — largely because it is the only Chinese border region with direct road access to Golden Triangle countries.

Yunnan police took 19,000 people into custody on suspicion of drug-related crimes in 2014. In the course of those arrests, authorities impounded 20 tons of controlled substances — predominantly heroin and methamphetamine in transit through the province from neighboring countries Myanmar and Laos.

Perhaps. As border patrol tightens, distribution supply chains have been forced to adapt. God knows your upstairs neighbor may be rented out to makeshift meth labs.

I hope the policeman in the pic gets offered counselling after breathing in all those fumes.