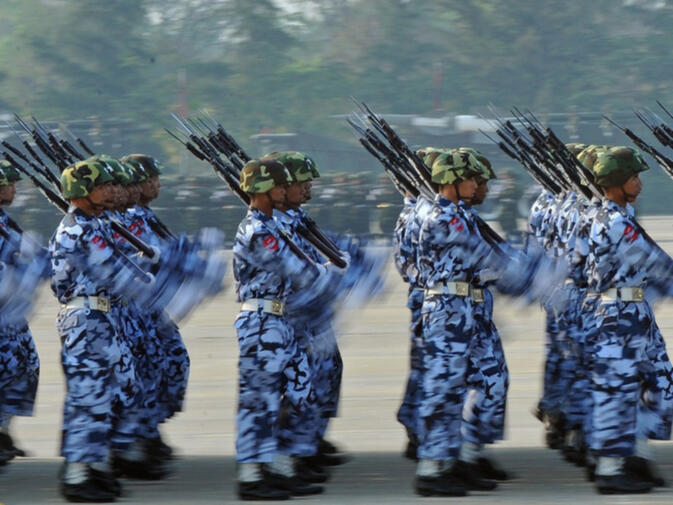 Seven soldiers were killed in an ambush near the Myanmar-China frontier last week, according to Burmese state media reports. The target of the attack was an army outpost in Kunlong, a small town in the north of Shan State, located only 30 kilometers away from the border with Yunnan's western Lincang Prefecture.

Heavily armed guerrilla rebels, belonging to the Kokang ethnic group, surrounded the military outpost for two days before launching their attack on Wednesday, December 10, according to news website The Nation. In addition to the seven Burmese soldiers killed, 20 others were wounded.

Kokang are an ethnic group based in a self-administered zone located in a tiny northern section of Shan State. They identify as Han Chinese, speak Mandarin and trace their ancestry back to immigrants who fled to Myanmar during the collapse of the Ming Dynasty in the seventeenth century. Today, "the minority group maintains a rebel army of around 3,000 troops, known as the Myanmar National Democratic Alliance Army", Radio Free Asia reports.

A formerly pro-communist organization supported by the Chinese, the armed faction of the Kokang signed a ceasefire with the Burmese government in 1989. However, they resumed hostilities two decades later in 2009. The guerrilla group is currently allied with other Burmese insurgent armies, such as the Ta'ang National Liberation Army (TNLA) and Kachin Independence Army (KIA) — the latter of which has been fighting the Burmese government sporadically for more than half a century.

Despite happening days ago, the killings in Shan State only made it into international news this week. Such delays are common as "sensitive military news in Myanmar is often published on a delayed basis," the Economic Times reports. Although now having been made public, media accounts do not agree on the exact location of the attack or what triggered it.

A combined force of allied troops did engage in combat with the government last week, but [...] the conflict occurred about 100 kilometers west of the location cited in state media. [There has] been an increase government troops in rebel-held townships, resulting in conflict on December 10 and 13.

Other sources suggest that the incident might have been caused by government troops entering an area controlled by TNLA and Kokang guerrillas. The tiny territory, formally known as the First Special Region, is a self-administered zone, and whether the central government's army is allowed by treaty to enter remains unclear.

Despite conflicting details about the attack and who should be held responsible, media reports on all sides agree a nationwide ceasefire is needed — a first step in perhaps finally ending the longest-running civil war in the world. To that end, members of the Union Peace Working Committee, representing the Burmese government, and the Nationwide Ceasefire Coordination Team, representing several guerrilla militias, met in Yangon this March, but made no progress during their negotiations.

Please change "communist" to Communist, as in related to a political party. This is commonly done with Democratic (party) vs. democratic -the capital letter denotes a different meaning .

I can only see one instance of the word. Small 'c' seems to be appropriate. the term used is pro-communist. That would suggest a political leaning, not necessarily an allegiance to a political party.

I can recommend a recent book on China which has a section on Yunnan. by David Eimer, "The Emperor Far Away: Travels at the Edge of China." Kindle Edition.

Mentions the Kokang. Section on Xinjiang and Uighurs is excellent.

@Tiger Tiger that political leaning is either "pro" a particular party or group of such parties, or what those parties are into-ie. their line. So the organization(s) is/are the key to the difference. Political movements not attached to particular parties can have capitalized Letters, but usually because of a proper noun, a name.

Waste of space argument. Please delete all the above argument for all our sakes. Thanks for your consideration.